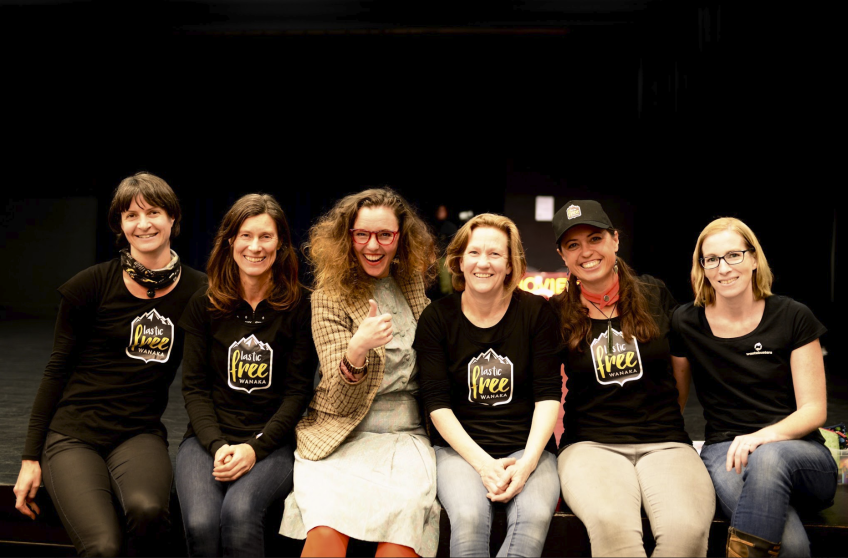 Southern Lakes women at the helm of global change

Spend a bit of time in the Southern Lakes region and it doesn’t take long to notice there are heaps of ladies in charge. Whether it’s in business, sport or the sustainability movement, plenty of women are holding the reins.

According to Wanaka-based Monique Kelly, women in positions of leadership has become the norm in this neck of the woods, but it’s a norm that the great great grandmothers of those leaders fought hard for 126 years ago.

Today, Suffrage Day, marks the anniversary of New Zealand becoming the first country to grant women the right to vote. There is still plenty to fight for (equal pay, for one), but there’s also a lot to celebrate.

“I think that here in Wanaka, and right now, there’s no difference between a woman’s and a man’s voice, and we’re becoming a much more balanced society because of it,” says Kelly, who’s leading multiple projects in the town.

For Kelly, growing up with three sisters means a strong female voice has always been part of her story.

She’s utilising this voice on multiple fronts, too.

Aside from working for the United Nations as a lawyer for the last 18 years, she is the co-founder of circular design company Revology and environmental organisation ONE New Zealand, and has just been nominated for a Sustainable Business Network award.

Kelly says while she thinks the uprising of women is gaining speed globally, there is definitely something about this place.

“Places have a special meaning, and when you look at Wanaka, it’s a clash between two tectonic plates. It’s a place where people meet, and where ideas meet.

“That is something that I feel when I come to Wanaka - it’s a meeting place, and one of like-minded people. There’s a freedom to be able to do and create, and be who you want to be down here, and that probably gives us, as women, a greater voice. It’s really incredible and that’s not in a lot of places.” 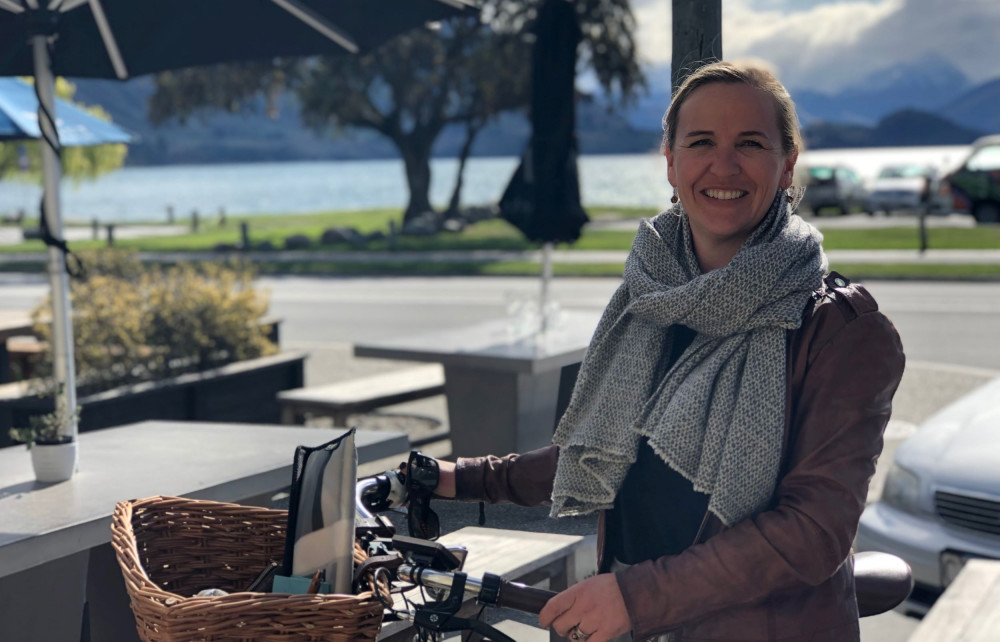 For Kelly, that freedom has led her, with the help of her husband Alex, to create Revology, a sustainable design business which she says is pushing the potential of what can be done with natural fibres.

“We’re all moving from this fossil fuel-based and resource-intensive economy to one powered by renewables. So we’ve developed a technology to transform linen flax into parts.”

With the success of their first design, a chair, they are now working on a bicycle and are opening a store in Wanaka in November.

Kelly is in good company, both in Wanaka and over the hill.

The Chamber of Commerce chairs are both women, leading business owners in the fastest growing region in the country.

In fact, it was hard to narrow down just who to highlight as examples, but Queenstown councilor and environmentalist Alexa Forbes was a clear choice.

Forbes, who is standing for Otago Regional Council in the upcoming local elections, agrees with Kelly in that yes, there’s no shortage of strong women in the region.

However, in her view, it’s not unique to the Southern Lakes - this up-swelling is happening everywhere.

Though men still significantly outnumber women in leadership roles in New Zealand, the Ministry for Women has reported an increased interest in diversity in leadership over the past few years, particularly on governance boards.

The public sector is leading this and, as at the close of 2018, just shy of half of those serving on sector boards and committees were female. This compares with 22 percent on NZX private sector boards. In addition, women accounted for half of all public service chief executives.

“And it’s not just New Zealand, it’s all over the world,” says Forbes. “What I’m seeing is middle-aged women who have got the confidence, the skills and the education to step up and raise their voice to make change.” 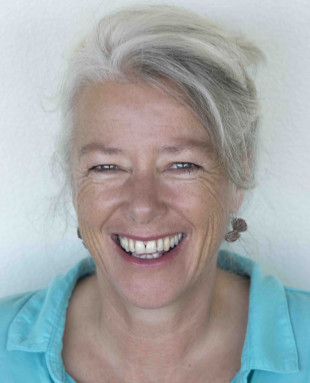 And, though the stats are improving, they fall far short of capturing the true contribution of women to society.

“There are so many women doing unpaid work in the voluntary and community space, and we see this particularly in Maori and Pacifika communities. That contribution is not something that has been valued by the current system.”

She says this is changing, though.

“It’s women who value this kind of work - the contribution of other women, even if they’re not getting paid. The GDP just hasn’t quite caught up with that yet.”

According to Kelly, who quotes the Democracy Index, there has never been so many women participating in democracy around the world as there were last year.

“I think it’s because we know that the challenges we face will only be solved through collaboration and partnership. It’s those skills that women, as a generalisation, have - that ability to connect with others and break down silos and see things in a holistic manner.”

“We just thought, how can we accelerate that transition using the skills that we have in the community first?”

She says more than anything, ONE is about bringing like-minded people together to make a change, because it’s got to start with the individual.

“And I think that’s where women are much better.”

ONE runs a yearly environmental summit, bringing in experts from all over the country.

And, it’s something being seen all over the world: girls and women stepping up as leaders in the fight for climate justice - if the suffragettes could only see Greta Thunberg now.

She does stress, though, this rebalancing is not about one sex being more dominant, but about everyone being around the table.

“One of the biggest things we have to do is rethink systems. Our systems have, so far, been created by men. And usually white men with property.

“So when we, as women, see these systems, we go, ‘Well, they don’t work!’, and we have the ability, because we didn’t make them, to see something else.

“I think that’s where the voice of females is coming through and saying, ‘Hey guys, this needs to be done differently’.”

This is something the women of Wanaka have embraced fully.

Three years ago, Anna Van Riel was standing in the supermarket when the enormity of waste produced by plastic bags hit her full force.

“We use them for an average of 12 minutes and then they go to landfill where they can stay 400 years or more. It’s just so lazy and it blew my mind,” says Van Riel, who went on to create a Facebook group called Plastic Bag Free Wanaka.

The group became a committee, which is now a registered charity run by four women, and one employed staff member.

Now known as Plastic Free Wanaka, they run workshops, fundraisers and an annual Waste Free Fair, which receives funding from the council.

They’re also behind the Single Use Cup (SUC)-free Wanaka campaign, in conjunction with Wanaka Hospo Goes Eco (which is also run by a woman).

Forbes, who also works as a mentor for Otago University’s Leadership for Change program, says the change in what is perceived as valuable work is just as evident in the climate movement. 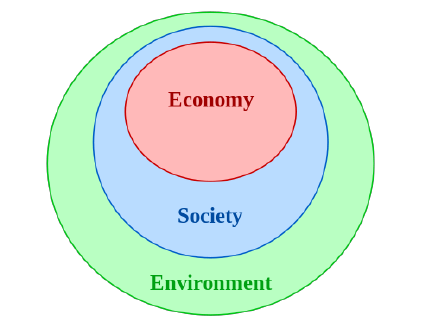 “A lot of the work in that space is unpaid or lowly paid, and hasn’t been valued. I always talk about the three nested circles of sustainability - where society sits within the environment, and economics sits within society.

Forbes says a lot of the work done by women sits within the environment circle but outside the economy one.

“What people haven’t understood is that without the environment, there is no economy.

“Women place value in connection with nature, and connection with each other. It’s these soft skills that are going to be the most valuable in the 21st century - things like creativity, emotional intelligence and collaboration.”

This is the way Van Riel and her team run PFW, and it seems to be working for them.

“Our goal is to always lead through empowering messaging instead of making people feel guilty. We find ways to get people inspired, creatively.”

She says the fact that it’s mainly women doing this kind of work comes up often in conversation.

“Why is it? I think at a primal level, we are geared to use our peripheral vision and take care of our immediate community. And we’re so good at doing it together - we create sisterhoods and people who keep coming back to help us. It’s how we used to do things and have just forgotten.”

Forbes says leadership overall is absolutely changing, and Kelly agrees, saying it’s not just about the balance of male and female, but a shift in what qualities are valued.

“I think that the qualities of a good leader are no longer about being loud and strong and dominant - it’s someone who can listen, who has empathy, and who is able to actually crowd-source their decision making.”

Kelly says the young men coming through now are allowed to have a much more balanced perspective.

“We know the importance of teaching them empathy, that it’s okay to be sensitive. You have to be vulnerable to actually go out into the arena and play in the game of life.”

Both Kelly and Forbes are emphatic - the revolution of leadership is all about diversity.

Kelly brings it back to basic design principles.

“The best way to codesign is with a really diverse group of people. You make sure you’ve got a good gender balance, a good cultural balance, and within that diversity you get the most interesting, incredible, creative ideas.”

Kelly says this rebalancing of leadership is what the circular economy is all about.

“Not only are we better able to concentrate on the issues we face, we’re connecting those issues with others, connecting the dots.”

Though there’s still a long road ahead before we can proclaim success in true equality for women or diversity in leadership, action continues to be ignited across the world.

Plus, as the battle continues, it’s good to know there’s an army of female leaders packed into our own small backyard.