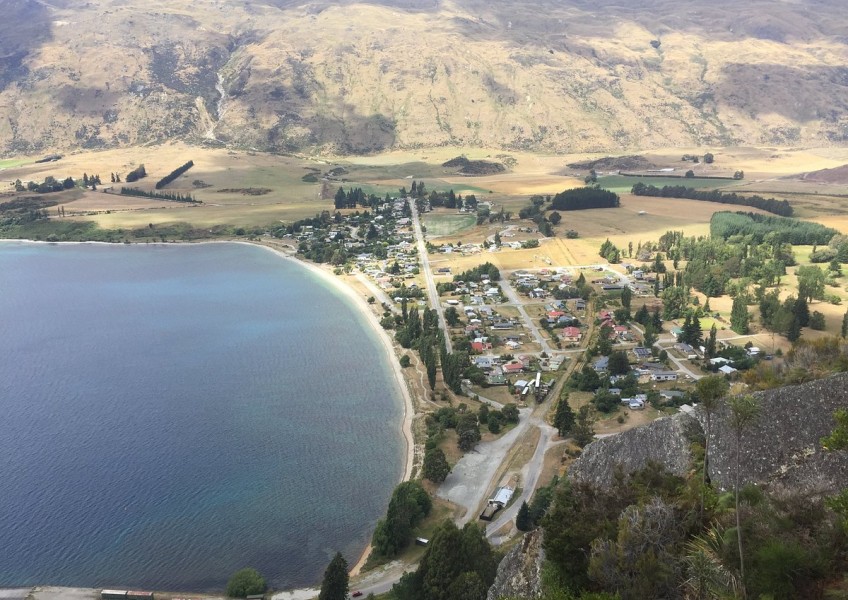 Kingston residents converged on the town’s golf club last night as Queenstown Lakes District Council staff admitted that the community should have been informed earlier of plans for a stormwater outlet on a scenic beach reserve.

The Kingston Community Association invited the council to front up to local residents who claim they’ve been side-stepped in the planning process despite earlier assurances they’d be kept in the loop of three waters projects in their town.

The planned stormwater outlet will discharge runoff from the new Kingston Village subdivision into Lake Whakatipu, at the northern end of Oxford Street, beside the Kingston Stream.

Close to 60 questions and comments from Kingston residents in relation to the new outlet were presented to QLDC’s representatives at the meeting.

Kingston residents reckon a 200-page technical document available via a council website doesn't cut it in terms of keeping locals in the loop.

A QLDC spokesperson says the team worked through each of the community’s queries and provided additional information on the proposed stormwater system.

“Whilst our intention was always to discuss our design with the Kingston Community Association and involve residents in key elements of the project, like landscaping and planting, we have acknowledged that we could certainly have begun this dialogue earlier in the process.

“The public meeting was a great opportunity to address this and clear up any misconceptions.”

The council is “fully aware of the amenity and recreational value of the site”, the spokesperson says.

“Our design is low impact and responsible.”

It goes further than the council’s current minimum requirements and some early alternatives were rejected due to environmental and visual impacts, the spokesperson says.

Kingston Community Association chair Steve Osborne says residents at the meeting were finally able to see a 3D render of the design, and that in itself was enough to relieve some anxiety. 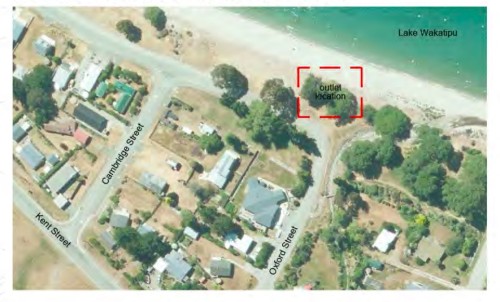 Kingston residents are worried about the potential impacts of a planned stormwater outlet on their favourite beach.

It was obvious that thought had been put into how the structure would blend as much as possible into the natural backdrop, and impacts on things like fish populations and spawning had also been considered, he says.

However, residents at the meeting did urge the council to further future proof all new infrastructure. The mood of the room was of stewardship over a stunning natural environment and a desire for a council to produce the best possible outcome for the environment not just minimum standard.

Crux understands the stormwater outlet is one of three originally planned for Kingston’s lake edge.

However, the QLDC says planning is ongoing and nothing is yet finalised.

“We are working hard to reduce the number of outlets and, for example, utilise an existing outlet on the west side of the township.

“The current outlet caters for approximately half of the new development, so further stormwater design and associated outlets are likely to be at least five years away.”

Last night’s meeting was a positive step in terms of engagement and one it wants to build on, the spokesperson says.

“Council has committed to engage with the Kingston community in the future as required by the nature of individual projects and in light of the Government-led three waters reform process.”

Members of the residents’ group have asked this be put in writing or a policy, so even if council staff changes, the commitment will not.

Staff at last night's meeting did defend some of the council's perceived inaction, saying the council had not acted in stealth as the resource consent applied for by the QLDC and granted by the QLDC for the earthworks required to construct the new stormwater outlet, had always been publicly available through the council's e-Docs system.

But Mr Osborne says he thinks that's no excuse.

"The community doesn't consider the QLDC putting a 200-page technical document on eDocs as sufficient for the community to gain confidence that what's being built is suitable. It's just not a palatable form of community engagement."

The QLDC spokesperson says the works are initially funded by a loan from the Housing Infrastructure Fund, which will be recovered through development contributions (the majority) and targeted rates.