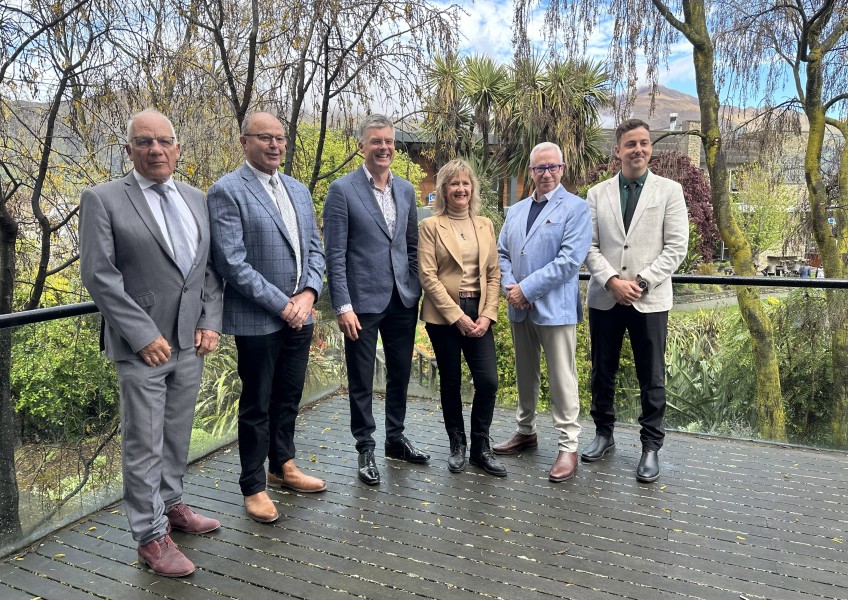 Pipes for Thiel, tracks not trees at Lismore, and a reserve for Mt Cardrona Station

Water easements for a US billionaire, a public recreational reserve at a multi-million dollar development at Cardrona and trees making way for bike tracks at Lismore Park were all on the agenda of the first ordinary meeting of the new Wānaka-Upper Clutha Community Board today.

Newly-elected and returning board members opted to support all of the above proposals, which will now be handed over to the district's councillors to decide their fates. 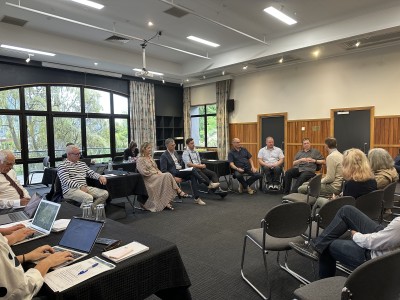 Second Star Limited – the company owned by US billionaire, Peter Thiel – has asked for permission to funnel water from Damper Bay, Lake Wānaka up to its 193-hectare block of land.

Mr Thiel’s lot overlooks the bay and was the intended site for a 30-guest luxury lodge, designed by Kengo Kuma and Associates, the same company that designed Tokyo’s Olympic Stadium.

However, this development was rejected in August.

QLDC said no to the resource consent as the building was too visually dominating for something situated within an Outstanding Natural Landscape area.

But the lodge’s future is still up in the air, as Mr Thiel appeals the QLDC’s decision in the Environment Court.

But today (December 8), the Wānaka-Upper Clutha Community Board says it’s all good to give him water pipes.

Board chair Simon Telfer did ask whether a decision on the water supply could be made whilst the development was in the Environment Court, but QLDC senior planner Aaron Burt says they’re unrelated matters.

“We’re talking about easements that can convey water between two points, it doesn’t necessarily factor in what may or may not transpire in the case,” Mr Burt says.

The motion was passed unopposed.

Proposed is a three-metre water supply easement to be installed underneath the Damper Bay Lakeside Recreation Reserve from the bay to Mr Thiel's property. 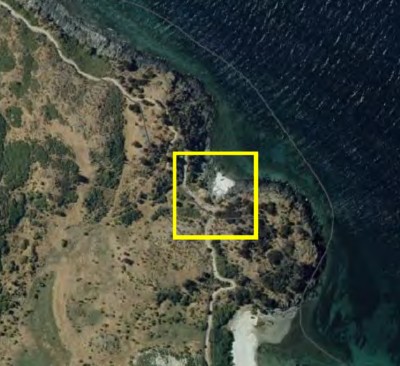 The proposed location of the easement from the report presented to board members at today's meeting.

It's estimated to take one week to install the pipe, disrupting access to Glendhu Bay Track for that period. However, it will not affect the ongoing recreational or scenic values of the area, according to the report presented to the board today.

As part of an estimated $450,000 revamp of the QLDC-owned, Bike Wānaka-managed Lismore Park, 30 trees will be removed from the reserve to make way for new tracks.

Twenty-one of these trees are in the path of the proposed new trails, while another nine have been assessed by an independent arborist and found to be dead or in severe decline.

The removal, clean up and revegetation will be funded and carried out by Bike Wānaka following the two-for-one replacement policy, meaning double the number of native trees will be planted at another location - yet to be decided.

During the discussion board member John Wellington expressed appreciation for community groups, like Bike Wānaka, putting in the work for rewards enjoyed by the wider community.

“The quality of the work the bike club is doing at the moment is incredibly high, they are building good quality bike infrastructure and this is nice to see they’re being strategic about this."

The new park will have six more trails, starting from trails for beginners and younger riders, as well as an asphalt pump track, a freestyle area, toilets, and a BBQ area.

All members voted in favour of the proposal.

The new high-end residential development on top of Cardrona, consisting of 400 homes – some selling for $2.35 million – may now also include a 1.15-hectare park. 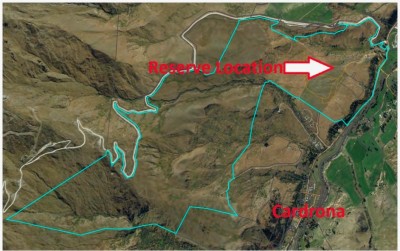 The location of a proposed new public reserve within the Mt Cardrona Development.

Within the development, there are already plans for a restaurant, workspaces, a gym, an indoor swimming pool, and an outdoor hot pool.

Deputy Mayor Quentin Smith points out a 400-home development will need a place for kids to play.

In the approved proposal, the reserve will be maintained by developers for the first three years, then passed over to ratepayers to foot ongoing bills.

What’s to go into the reserve hasn’t yet been decided, however in an amendment made to the proposal today the design will be drawn in liaison with the community board.

The amended proposal was supported by all board members.

Now Wānaka will have to wait and see if these proposals are adopted by the full council and be given the go-ahead.

Main image: The first business-as-usual meeting this triennium for the Wānaka-Upper Clutha Community Board, November 3 (Not pictued: deputy mayor Quentin Smith and board member John Wellington).