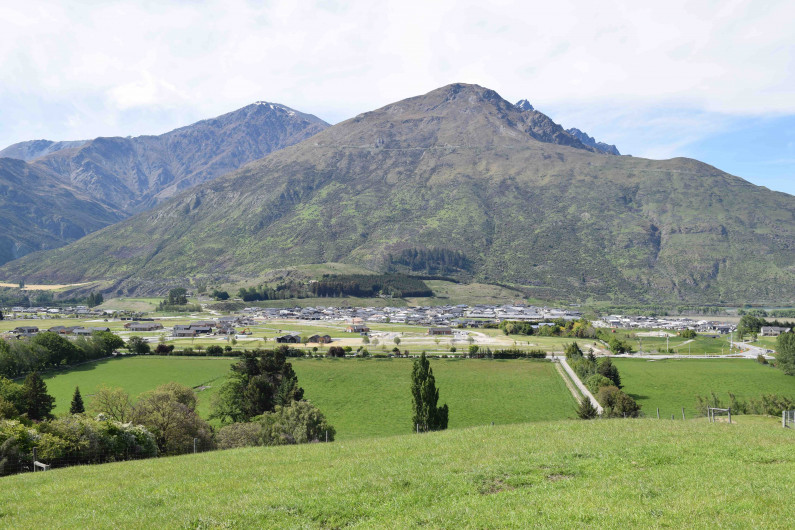 Over 20,000 people have now viewed the Crux video showing hundreds of stationary vehicles on their daily grind into Queenstown.

Anyone watching that video, or sitting in one of those cars, knows in their bones that building extra houses along that stretch of road is totally out of the question.

And yet – there is still no change of position by QLDC. Over the past couple of days, we’ve put the key questions to QLDC but also checked in with some experts on whether the council’s “we can’t stop this” stance actually has any merit.

You’ll remember that back in January a public meeting designed to field questions from the community ended up being a lecture from QLDC on why the meeting was actually pointless. ”The developers will get their way” we were told.

It turns out that QLDC may well be wrong, and we’ll explain why. 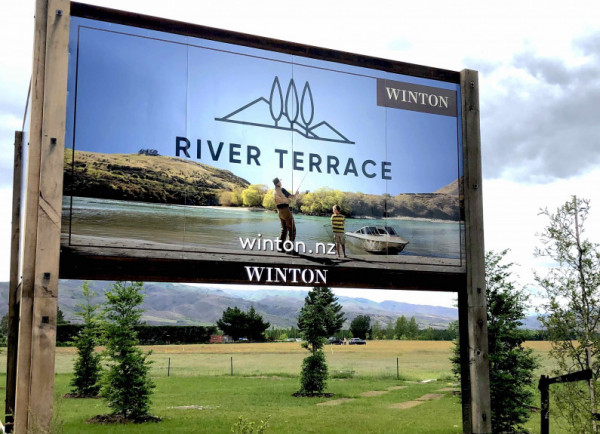 River Terrace - turned down after opposition from CODC and residents

Down the road in Cromwell there was a similar, but less dramatic issue last year. River Terrace. A subdivision that locals felt was in the wrong place and in the wrong format. It was at the centre of a necessary planning decision – Plan Change 13.

As with Ladies Miles there were hundreds of Cromwell submissions to the Central Otago District Council from the public, against this development. The council listened and agreed with their ratepayers. The CODC submitted against the development, shoulder to shoulder with the community – and the application by one of NZ’s most powerful property developers, Chris Meehan’s Winton Group, was declined by three independent commissioners.

River Terrace is now being broken up into larger lifestyle blocks and the subdivision is history.

So, if the CODC can join with their ratepayers in blocking an unpopular plan change, why would QLDC not do the same thing? Ladies Mile will need a plan change before any resource consent applications can be lodged. The re-zoning is necessary to permit the medium to high density housing that the council’s $1.4 million masterplan proposes.

In the QLDC’s own survey 86% of residents oppose the development of Ladies Mile, mainly because of the lack of suitable roading and infrastructure.

Here’s the questions we put to QLDC – with their answers published in full.

Crux. What immediate steps will QLDC take to fix or alleviate this extremely serious daily congestion?

QLDC acknowledges there are congestion issues on this stretch of SH6. We understand the frustration it causes and are constantly exploring ways to ease the situation; however, alleviating traffic congestion is (not*) something that can be taken care of immediately. There are steps we can all take to help ease the traffic; these include utilising public transport and alternate forms of transport, travelling at different times of the day, and even, if the situation allows, working from home or delaying travel.

*Crux - we assume QLDC intended to say "not" here.

Crux. How can QLDC (Mayor, CEO and senior management) tell a public meeting (Shotover Primary School) earlier this year that further development of Ladies Mile can't be prevented — all that can be done is create a Masterplan to at least guide developers?

Mayor Boult specifically said he would not support any further development at Ladies Mile until there was a solution to the area’s traffic issues. As was stated at the meeting, Council’s view is that Ladies Mile is likely to be developed over time because it is flat, sunny, serviceable, is not an outstanding landscape or natural feature, is not in a hazard area, is adjacent to an arterial route and is adjacent to an existing residential area. There are few areas in the Queenstown area that demonstrate those characteristics. If a land owner applied to rezone their land, it would be difficult under the RMA to stop it, particularly given the government’s recent National Policy Statement on Urban Development which requires Councils to consider making greater provision of land for housing. This includes a requirement to be responsive to plan changes that would add significantly to housing capacity and contribute to well-functioning urban environments, even if the development is unanticipated by existing planning documents or out of sequence with a planned land release.

Crux. The Resource Management Act is “effects based” - Tony Avery (QLDC’s Planning Boss) described this in detail for a RNZ documentary we made 18 months ago (House Talk) . So the fact of another 2,500 - 3,000 houses along Ladies Mile could never be accepted as “minor” in effects terms - in fact the effect on traffic (alone) would be so severe as to make it impossible for commissioners to approve further development under the RMA?

If Council proceeds with a MasterPlan and subsequent Plan variation, all effects of the proposal would be identified, along with any mitigation proposals to address those effects, and the independent commissioners would need to consider that information, along with any submissions made by the public and input from the landowners before making a decision. Council has never suggested that the effects of development would be minor and, in the absence of a Council led MasterPlan, the effects of individual land owner proposals would also need to be carefully considered in terms of their effects.

Crux. Can you help us understand the decision to spend $1.4 million on a Ladies Mile Masterplan when, no matter how brilliant or beautiful the design concepts might have been, there was surely no hope of building anything in the foreseeable future - due to the traffic and road configurations?

The Council report which led to the Council resolution to proceed with the MasterPlan exercise details the reasons for the project and the expenditure.  A key consideration was a view that if the Council did not attempt to do some Master Planning, that the area would still be developed over time and that the effects could well be much worse. The development of a masterplan was in response to community frustration about developer-led development resulting in disconnected sub-divisions without sufficient consideration for transport, local facilities, among others.

Crux. The Eastern bypass around the airport has also resulted in massive grid lock style traffic jams every evening around Glenda Drive and the entrance to SH6 - can QLDC please comment on this situation as well? It is just as serious as the morning situation in terms of delays and lost productivity. The Eastern by pass road cost QLDC ratepayers $22 million?

The consequence of Council not having built the Eastern Bypass would have been even more severe congestion at the BP roundabout.

We then asked the NZTA if they would oppose a Plan Change and subsequent Resource Consent applications that would see up to 2,500 new houses built along Ladies Mile, given that their purpose is self-described as:

"The NZ Transport Agency (NZTA; Māori: Waka Kotahi) is a New Zealand Crown entity tasked with promoting safe and functional transport by land, including the responsibility for driver and vehicle licensing, and administering the New Zealand state highway network." 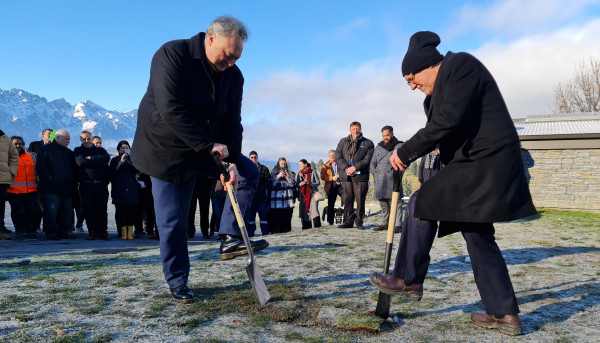 Rather surprisingly we just got a two sentence reply from NZTA pointing Crux to a document already presented to QLDC – summary and details below. Even more surprisingly they sent us a gushing media release and some photos of Mayor Jim Boult turning the first sod yesterday in the multi-million dollar Arterial Route project that will take traffic around the edge of the Queenstown CBD. Arguably that traffic problem has either disappeared or is massively diminished by the disappearance of international tourism and the wholesale shift of the resident population out towards Frankton and Ladies Mile.

"The Whakatipu Transport Project Alliance has been formed with the purpose of responding to the challenges related to population growth which Queenstown and the Wakatipu Basin are grappling with, including congestion and constrained arterial roads and bridges. The Alliance will also work to provide people with good options to travel which don’t rely on the use of private motor vehicles." NZTA

You can read the full NZTA position on Ladies Mile here – but in summary:

All of which sounds fairly definite that NZTA would find it hard to support a Plan Change or subsequent Resource Consent applications for development of Ladies Miles given their responsibility for functional state highways. The Howards Drive roundabout might make zero difference to traffic congestion because currently cars (very politely) merge like a zip at this junction and a roundabout would have the same function given that the traffic is virtually at a standstill anyway.

So – what does all of this mean?

Looking at all the evidence it is hard to see how Ladies Mile can go ahead, in which case the ratepayers have subsidised council’s expensive efforts to plan for something that could never proceed.

If you are in any doubt – here’s the video of traffic this week, without any tourists in town.