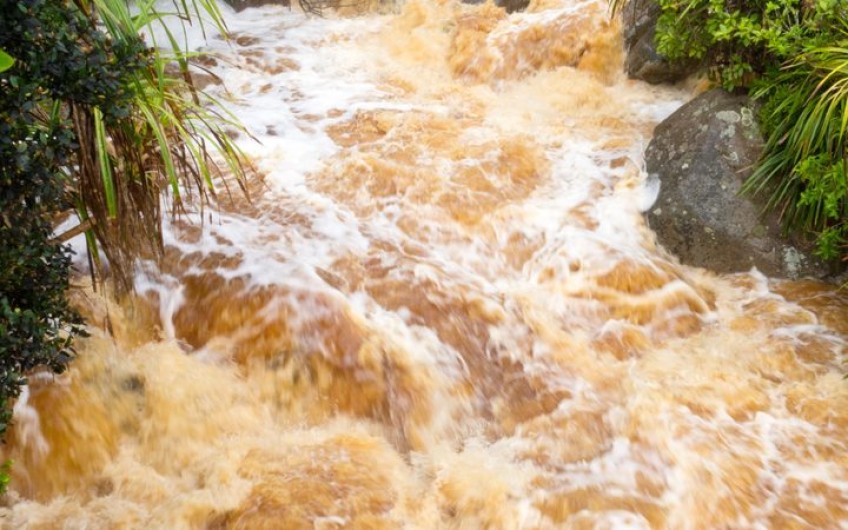 In the South Island, more than 600 homes have been evacuated in Westport. The Buller River has not breached its banks but is running at 12m - much higher than usual.

The red warning for heavy rainfall in parts of Westland and Buller will last until 3am. Photo: MetService

Emergency teams are on the ground in Buller assessing the damage after last nights heavy rainfall and flooding.

The region is in a state of emergency and more than 800 people in Westport were forced to evacuate.

Region emergency controller Bob Dixon said plans were in the works for evacuees to return home.

"Presently monitoring river levels - they are still extremely high. We're just waiting to see what homes may have water in them. We certainly know there are properties that have water around them.

"Our plan presently is that we are looking at homes that have escaped any water entering the properties and we'll start to progressively get those folk to return home."

People in Westport are being asked not to go out driving around looking at damage because they could send water into homes.

Niwa said 733mm of rain was recorded at Tuke Hut in the West Coast - more than Christchurch's annual average rainfall.

Numerous roads leading to the West Coast are closed because of slips and flooding.

They include State Highway 73, Arthur's Pass to Kumara; State Highway 6, Westport to Rapahoe; State Highway 7, Ikamatau to Stillwater and Waipara to Springs Junction and at Mt Culverden, near the intersection with Leslie Hills Road.

An update is expected later this morning.

The red warning for heavy rainfall in Buller has been extended until 3am Sunday.

The Buller District is in a state of emergency as rain hammers the region, pushing the river to near-bursting point running at 11m high.

Forecasts say there is still up to 150 millimetres in the ranges, and 70 to 100 millimetres closer to the coast, is yet to fall during this event.

One school hall in Westport is full of evacuees, and civil defence and army staff have been directing people to other shelters as required.

Buller Mayor Jamie Cleine said four of the seven shelters were full and there was currently no way out of the township by road.

"The Buller Gorge is closed now with river over the road in various places. The coast road south to Greymouth is closed with slips. So we're locked in."

Cleine said it had been a long night for officials monitoring the West Coast floods.

Buller Emergency Management, in a social media post said: "The decision to evacuate was made because the Buller River received an extreme amount of rainfall over the last 24 hours and is still extremely high.

There is still a large amount of water in the ranges to make its way down the Buller River.

"We ask people to stay away from their homes while the risk remains. We will let you know when it is safe to return home."

A climate station in the Hokitika catchment has recorded 622 millimetres of rain, in the 42 hours to 10pm last night.

Niwa says the reading at Cropp Waterfall is equivalent to 51 percent of Auckland's normal annual rainfall.

He said it was a strong front lying across northern Westland and Buller.

"That is very exceptional, what we have see over the last 60 hours across much of the West Coast and Buller. It's been really persistent, extremely heavy rainfall. Just in the last 24 hours, we've seen numerous stations through these regions reporting upwards of 250-300mm of rain."

SH6 is also closed from Westport to Inangahua due to flooding of the Buller River, and east of Inangahua, where a detour is in place via Browns Creek Road.

Several other roads are down to one lane due to minor slips or surface flooding.

The Transport Agency is urging people to stay off the road unless absolutely necessary.

Environment Canterbury has issued a flood warning, with rivers in the region running high.

It said heavy rain had fallen along the main divide overnight, flowing into the Ashburton, Selwyn and Ashley catchments.

The Orari River is rising and engineering staff will monitor it during the day to make sure areas where repair work was carried out after the flood in May, have stood up to the increased flow.

The Rangitata River is expected to keep rising during the day and the Ashburton River is running high and has overflowed in the North Branch into areas affected by the recent flood.

Landowners adjacent to Canterbury rivers are being advised to monitor the situation for flooding and take action sooner rather than later.

Strong winds are disrupting flights entering and leaving the capital.

A large section of a roof came off a four-flat complex in Newtown and six people have evacuated.

MetService has issued a strong wind warning for the region with gusts up to 140km/h in exposed places.

There is also a heavy rain watch for the area with surface flooding in some parts of the city.

In Wairarapa, a conservatory was damaged by high winds and a tree fell over a driveway.

Firefighters and councils have also been responding to sparking powerlines and uprooted trees.

Marlborough residents are being asked to stay home and avoid travel as more than 20 roads in the region are closed with flooding, slips and downed trees.

The council is also advising people in Wairau Valley township to boil their water.

State Highway 63 from west of Renwick and Queen Charlotte Drive are among the roads closed.