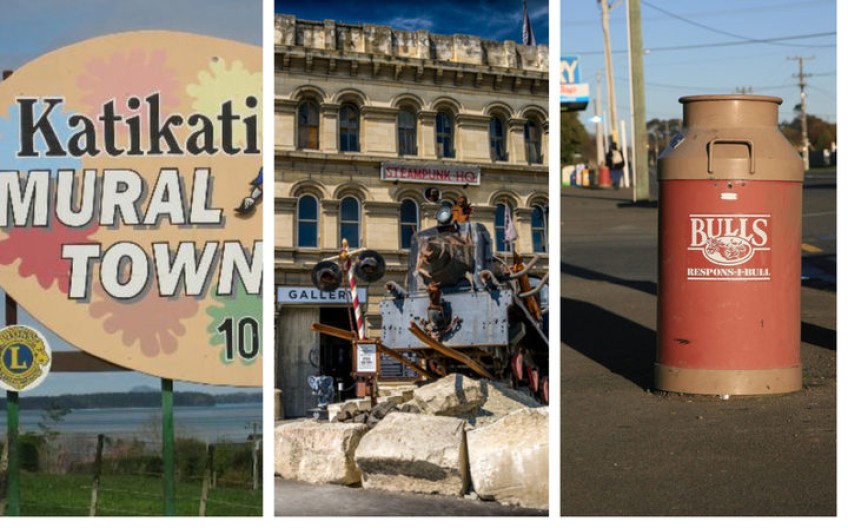 Sh*t Towns of New Zealand started as a Facebook page in which the anonymous authors slagged off pretty much the whole country.

And now it’s a book.

Co-author Geoff* says people don’t seem to be quite as angry with the book as they were with the Facebook page - in fact, towns want to be included in the book.

“People were quite keen to have their towns included,” Geoff says, which is odd when you consider the authors’ brutal deconstruction of the nation’s towns and cities.

“We tried to find each town’s unique shit points and play on those, rather than just running down towns for just being broke or having high unemployment. We had to find the unique elements of shitness and really add those up."

Both Geoff and his co-author travel for their work, so research was relatively easy, he says.

“For the book we rewrote every entry, nothing’s identical to what appeared on Facebook. On Facebook we amped up the meaness a little bit, we were playing on that whole negative reviews online culture. I think in a book you don’t want to be quite as savage.”

Here’s their take on Otago for example:

Geoff also has a special place in his heart for Oamaru.

“I like Oamaru, they’ve latched on to the steam punk thing for no apparent reason, that’s quite funny to me.

“The town itself has no genuine connection to that, they’ve just randomly picked this sub-culture.”

Here’s the book’s take on Oamaru:

Ten years ago Oamaru was just another small South Island town best known for casual racism and a long history of abusing the local population of endangered penguins.

The highlight of Oamaru’s social calendar is the Steam Punk Festival, an excuse for people who work in IT to slap on some stupid hats, do some wheelies on their steam-powered penny farthings and engage in group sex.

Geoff says it’s hard to pick which of their targets will stir up the most violent passions.

“The last big outrage was when we made fun of the Hokitika Sock Museum, we got quite a lot of hate mail and angry people for that, normally it’s not the things we think will annoy people, but completely random things - like a sock museum.”

On the North Island, Katikati is a Geoff favourite.

“I like the fact they were the ‘mural town’ but that wasn’t quite enough so they’ve added in the ‘haiku trail’ as well - it feels a little insecure - like they weren’t confident in the ‘mural town’ tag, so they had to add something into the mix.”

* Geoff's identity is being kept a secret due to threats to his life: