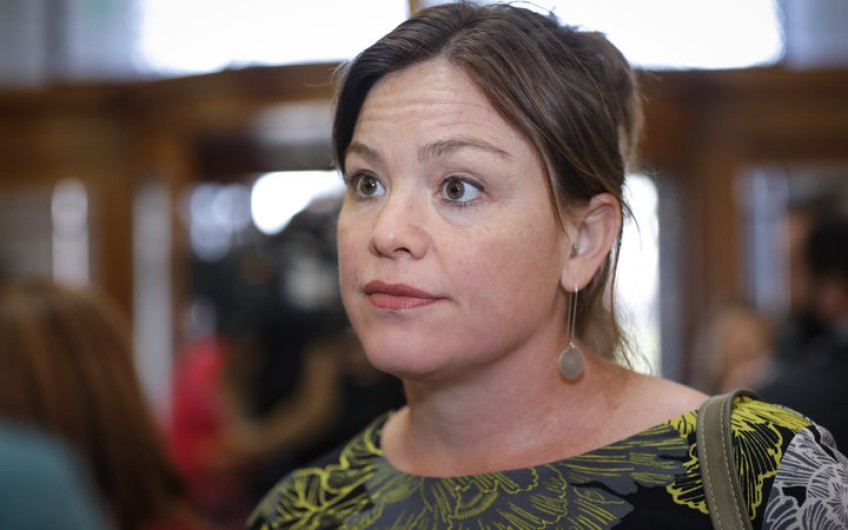 Research shows the majority of New Zealanders would be "much more comfortable" driving at slower speeds on some roads, Associate Transport Minster Julie Anne Genter says.

A Transport Agency (NZTA) tool shows 87 percent of speed limits on New Zealand roads are higher than is safe.

An agency risk assessment tool, Mega Maps, suggests only 5 percent of the open road should have the current 100km/h speed limit. In most cases a speed of 60-80 km/h should apply, and in most urban areas 30-40 km/h would be appropriate.

Taupō mayor David Trewavas said yesterday he would welcome speed limits being dropped - there's been some shocking multiple-fatality crashes in the region this year - but the National Party says a blanket lowering of the speed limit would put the breaks on the economy.

Last month Associate Transport Minister Julie Anne Genter said the government's road safety plan seeks to significantly cut the number of road deaths, and one tool was to reduce speed limits, but there would be no blanket reduction.

A new road safety strategy for 2020 onwards is due to be put out for public consultation, which may include lowering limits on some high risk roads.

Ms Genter told Morning Report today there was an assumption that New Zealanders did not want the speed limit to drop, but research showed "a huge percentage of the community are much more comfortable travelling at the safe and appropriate speed".

"And would be quite happy to not be under pressure to drive at 100km/h on a road where clearly that is not a safe and appropriate speed."

She said the government had an ambitious programme of road safety improvements, including median and side barriers, and widening the centre line.

"On those very high-volume roads there will be engineering improvements that mean that 100km/h speed limit is the appropriate speed," she said.

"On the lower volume roads that are the highest risk, or where communities really want safer speeds, we're progressing speed reviews right now."

Ms Genter said other countries similar to New Zealand in terms of a spread out population - Norway, Sweden, Canada and Ireland - have a "much lower" fatality rate.

Sweden and Norway's death rate used to be comparable with ours 20 years ago, but they introduced measures in line with this government's plan and now have a death rate less than a third of New Zealand's, Ms Genter said.

"Speed makes a really huge difference, and quite a big difference in the margin. So even just travelling a few kilometres faster can make a much bigger difference as to the severity of the injury in the crash.

"It's not so much you're more likely to crash at a higher speed."

She said speed was the single largest contributor to serious injury and death in a crash, but there were other factors and the government was increasing resources to combat impaired driving.

The driving age was not being review currently, she said.