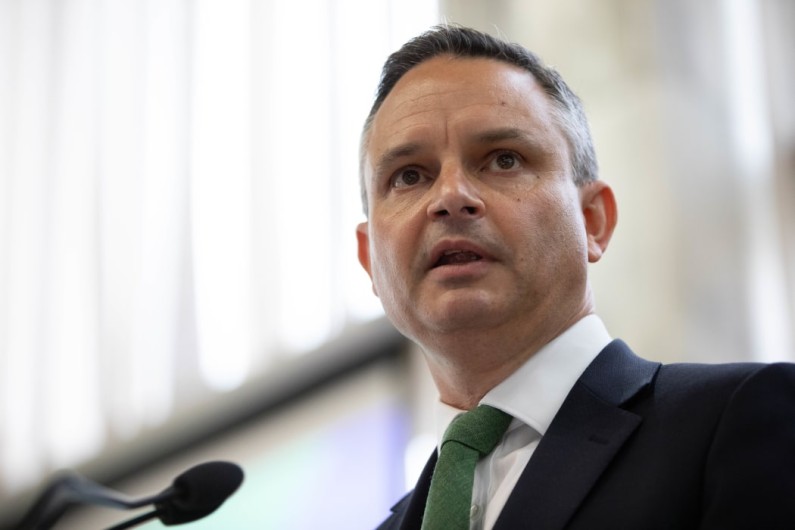 Low-income families who scrap their old car will get funding to buy a low-emitting vehicle in a $569 million scheme, one of the big-ticket items in the government's first Emissions Reductions Plan.

The plan sets out a strategy to achieve the reductions demanded by the 2022-2025 emissions budget, and includes $2.9b of spending from the $4.5b Climate Emergency Response Fund (CERF) over the next four years, funded through the Emissions Trading Scheme.

That compares to $2.3b on climate change related spending in last year's Budget.

Some $800m left over from what has been generated in the current forecast period means an additional $1.5b is able to be allocated to future budgets in the 2022-25 period.

Further CERF initiatives are also set to be announced on Budget Day. While Labour and National have both committed to the emissions budgets, National has reserved the right to disagree on the appropriate responses set out by today's Emissions Reduction Plan.

The improvements to access for low-emitting transport includes a rapid rollout for of at least 100km of urban cycleways; safety improvements in 25 pedestrian areas; improving school transport for 75-100 schools; bus priority upgrades for 40 locations.

Agriculture and forestry: $710m over four years from CERF

Energy: total seven-year spend of $1b 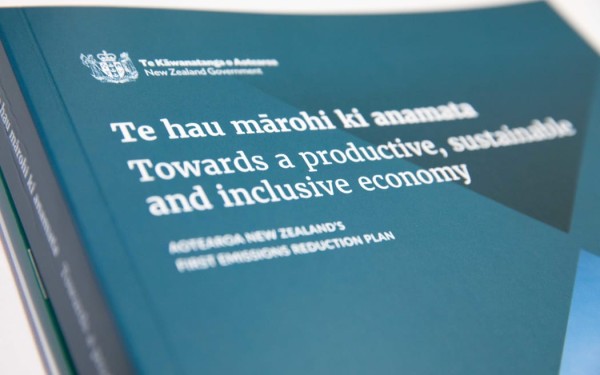 New Zealand’s first Emissions Reduction Plan is out – revealing how the government plans to meet the nation’s first emissions budget of 72.4 million tonnes a year.

As part of its goal of having electric vehicles make up at least 30 percent of the light fleet by 2035, the government will spend $569m from the Climate Emergency Response Fund on a new scheme to help increase the uptake of cleaner cars.

The scrap-to-replace scheme will give targeted financial assistance to lower and middle income families who scrap their old car, allowing them to purchase a low- or zero-emissions vehicle, e-bike, or public transport vouchers.

It will be trialled with up to 2500 cars before being rolled out further.

Further details about how the scheme will operate, including how much financial support families could receive, have not been announced.

Transport Minister Michael Wood said switching to a low- or zero-emission vehicle would help reduce costs for families in the long term.

He said this would help such families' finances in the long term too, with the cost of charging an electric vehicle at home during off peak hours equating to paying 40c per litre for petrol.

"Through supporting the uptake of cleaner vehicles, we are not only helping families do their bit for our planet, but also protecting them and our economy from future economic shocks and high fuel prices. This will also help safeguard New Zealand by reducing our international dependency on fossil fuels," Wood said.

From early next year, the government will also spend $20m on leasing low-emissions vehicles to low-income families through community organisations in three locations as a trial that could be rolled out wider in future.

A further $350m will be spent on speeding up the roll-out of cycle-ways, safety improvements around pedestrian areas, supporting safer travel to up to 100 schools and improving shelter, access and information at 500 bus stops and train stations.

The government has also committed to introducing a nationally integrated ticketing system for public transport, but has not indicated when this will happen.

Legislative changes to enable congestion charging may also be made, with ministers signalling that would take two years to develop.

Once a decision was made, ministers would work with Auckland Council and Wellington's city and regional councils to design how such a charge would work in the region.

The government will also monitor interest in the charge from other councils.

Some $60m will be spent on supporting the struggling bus driver workforce and $40m over four years on low-emitting buses.

The Climate Change Commission had said transport emissions must be cut by 13 percent by 2030, and 41 percent by 2035 to achieve emissions goals, which equates to cutting fossil fuel vehicle distance travelled by 20 percent within 13 years.

The agriculture sector accounts for about half of New Zealand's emissions but as yet is not paying into the Emissions Trading Scheme which funds the CERF, yet the government has committed $710 million over four years to improvements in the industry.

This includes a large $339m spend on improving technology development, about half of which would go towards establishing the Centre for Climate Action on Agricultural Emissions.

The Centre would work on developing and commercialising new products for reducing agricultural emissions.

"The sooner tools are ready for farmers the sooner we move on our goal of biogenic methane reduction of 10 percent by 2030 and 24 to 47 percent by 2050," O'Connor said.

Some $6.28m of spending would see work on He Waka Eke Noa - a plan worked on in partnership between the government and the industry on how to price agricultural emissions - progressed faster.

That would bring agricultural emissions into pricing from 2025, and there are plans to have farms reporting their emissions by the end of this year, and producing their own mitigation plans by 2025.

Initiatives also include further work on 'green fuels', a scheme to reduced waste going to landfill, and new funding to increase production of native seedlings.

"It's our biggest export earner but also our largest contributor to emissions, and if we don't take action now we will be at risk as consumer preferences evolve," he said.

"It's about determining the most appropriate uses for our whenua, adopting new technology to reduce emissions, and providing on the ground support to make the changes."

Part of the strategy with the energy sector is a ban on low- and medium-temperature coal boilers and phasing out existing ones by 2037, while hugely scaling up industry decarbonisation and investment in the electricity network.

"The original $69 million GIDI fund has been a huge success having helped fund 53 major industrial decarbonisation projects - all contracted for completion by April 2024," Woods said.

Those initiatives are expected to save 7.46 million tonnes of CO2 over their lifetime, the equivalent to taking 134,800 cars off the road.

It puts $18m on developing new energy strategies, including a hydrogen roadmap and regulatory framework for offshore wind farms.

Woods says we must wean ourselves off expensive fossil fuels.

"There will also be targeted investment at a regional level for projects that optimise low emission fuel use, funding for electricity transmission and distribution infrastructure upgrades to support fuel-switching, and the early adoption of high decarbonisation energy technologies."