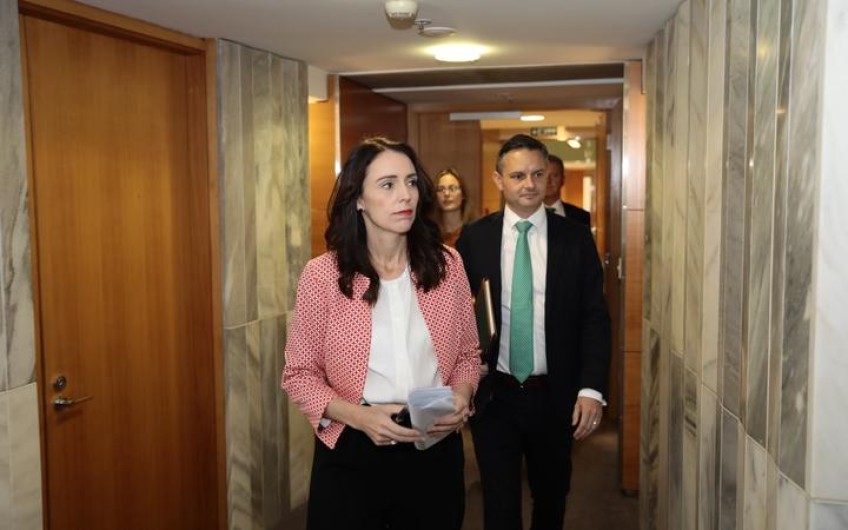 The government has unveiled its plan to combat climate change, under which methane will be treated differently to other greenhouse gases, in response to push back from the agricultural industry.

The Climate Change Response (Zero Carbon) Amendment Bill - introduced to Parliament today - sets out a plan for the next 30 years.

The government has also set a new emissions reduction target for all greenhouse gases, except methane, to net zero by 2050, in line with New Zealand's commitments under the Paris Agreement.

Prime Minister Jacinda Ardern said carbon dioxide was the most important thing New Zealand needed to tackle, which was why the government has taken a net-zero carbon approach.

"The government is today delivering landmark action on climate change - the biggest challenge facing the international community and New Zealand," she said.

Agriculture was "incredibly important to New Zealand", Ms Ardern said, but also needed to be "part of the solution".

"That is why we have listened to the science and also heard the industry and created a specific target for biogenic methane" and adopted what's known as a "split gas" approach.

Climate Change minister and Green co-leader James Shaw said the government had heard the students who went on strike to protest the lack of action on climate change.

"The Zero Carbon Bill outlines our plan to safeguard the future that those school students will inherit," Mr Shaw said.

"The critical thing is to do everything we can over the next 30 years to limit global warming to no more than 1.5 degrees Celsius and the Zero Carbon Bill makes that a legally binding objective.

"Carbon dioxide is the most important thing we need to tackle - that's why we've taken a net zero carbon approach," he said.

The Bill sets a target for 10 percent reduction in biological methane emissions by 2030, and aims for a provisional reduction ranging from 24 percent to 47 percent by 2050.

That provisional range will be reviewed by the independent Climate Change Commission, to be established under the Bill.

The Bill also creates a legal obligation on the government to plan for how it will support New Zealand towns and cities, business, farmers and iwi to adapt to the increasingly severe storms, floods, fires and droughts this country is experiencing as a result of climate change, he said.

"New Zealanders have made it clear they want leadership and consensus on climate change legislation," Mr Shaw said.

"We're delighted that the three government partners have reached an agreement over such a significant piece of legislation after lengthy consultation."

"The fact that, across Parliament, all parties have engaged constructively in this process signals mutual interest in creating enduring climate change legislation that will stand the test of time and deliver long-lasting commitment to action on climate change for future generations," he said.

In his report in August last year the Parliamentary Commissioner for the Environment, Simon Upton, said to prevent global warming, methane emissions would have to fall by a much lower rate - 10 to 22 percent below 2016 levels by 2050.

The Bill itself does not set out an enforcement regime for individual industries; that level of detail will be contained in emissions reduction plans to be created subsequently by ministers.