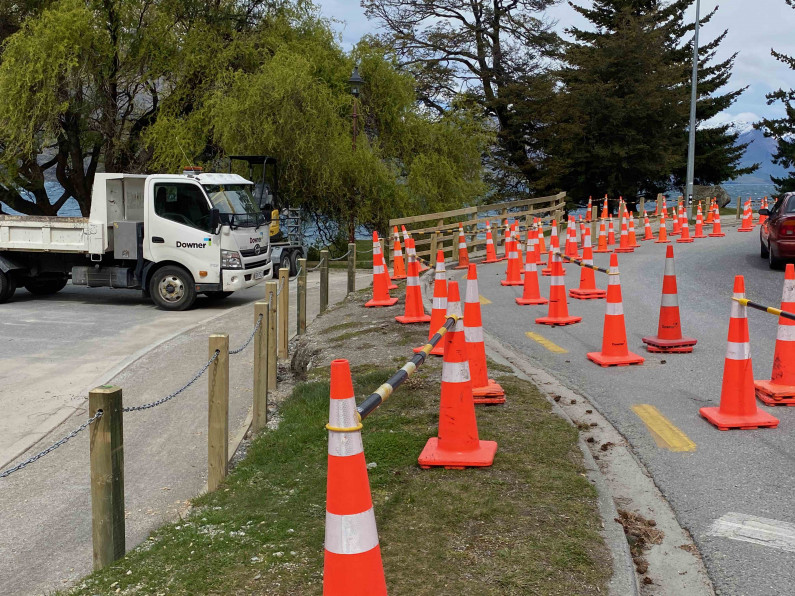 Residents may be puzzled by hundreds of road cones on the road to Glenorchy surrounding a new path that appears to go - nowhere.

The work has been in progress for some weeks now, but its part of a bigger plan to stop cars parking on the often congested strip of land between the One Mile car park and the council's lake side pump station.

At the moment the path goes - nowhere.

Superficially the work was confusing - to say the least. Behind the hundreds of road cones a new path has been constructed that then stops - precisely nowhere. 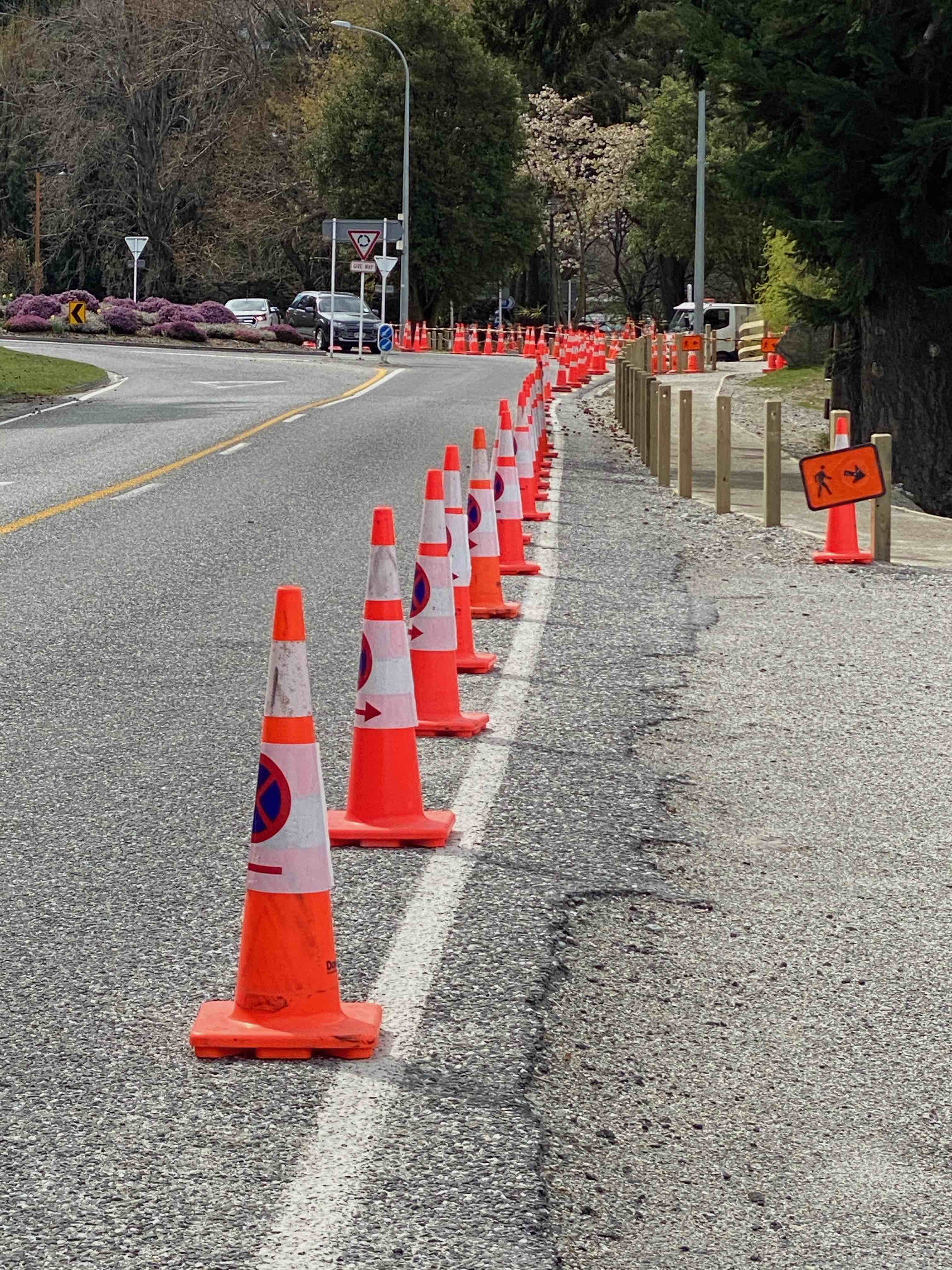 Support for the Road Cones Industry?

Here's the full details. Thanks to QLDC for a prompt and detailed response.

"The scope of work is construction of two individual jobs in our minor improvements programme which, together, achieve:

The total cost of the work (including all elements as requested) is in the order of $50-60,000

Construction is due to be complete October 2020.

The contractor is Downer. The work was procured under the roading maintenance contract with Downer. This contract provides provision for additional works that are in the nature of capital or construction works to be carried out under the contract. 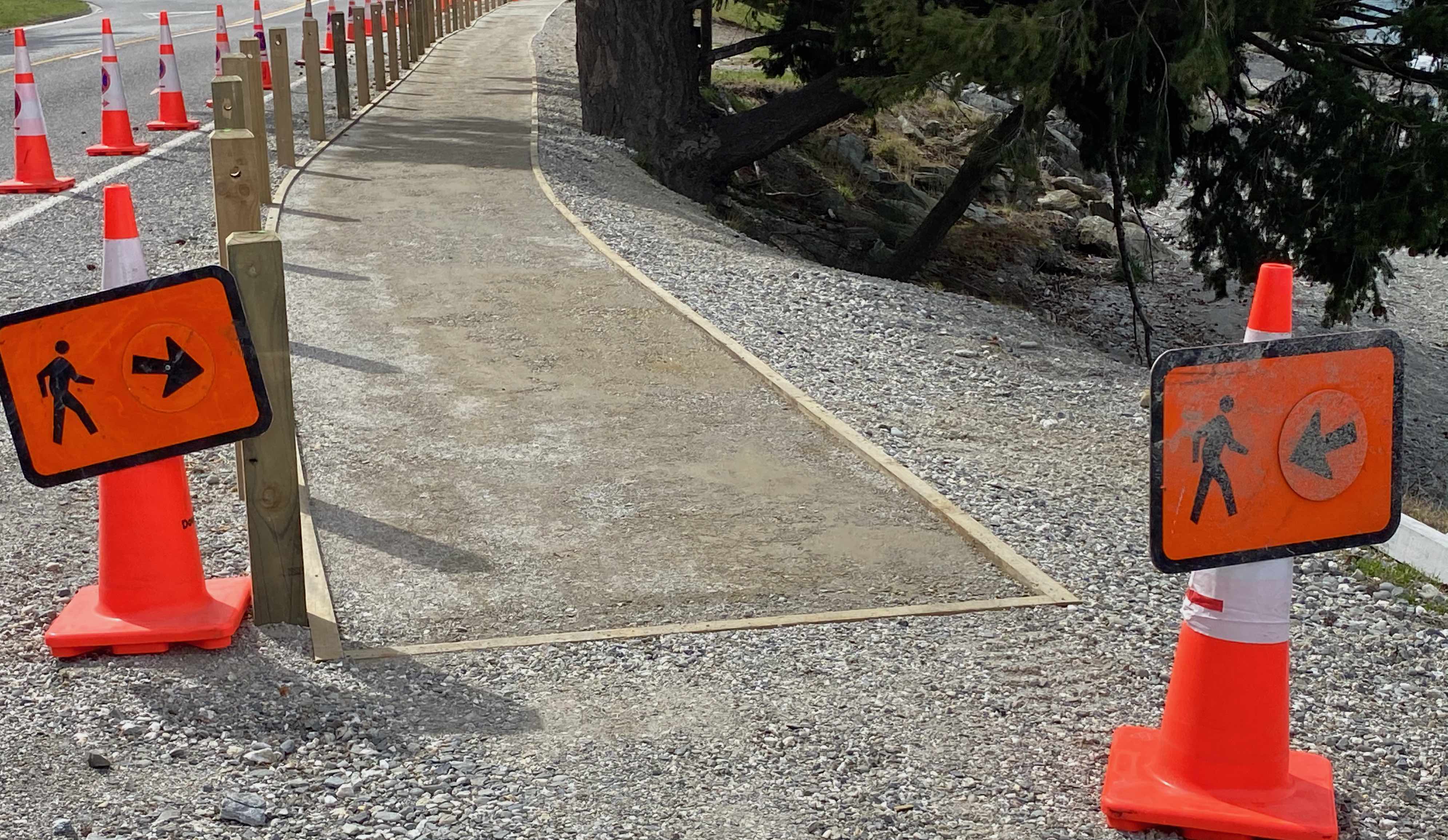 Eventually the new path will extend all the way to the council pump station, linking to the existing gravel path.

This contract was tendered to the open market in 2016 for an initial term of 4.5 years with 2 x 3 year potential extensions of term. The tender evaluation team included an external Waka Kotahi NZTA qualified evaluator and an independent probity auditor. The first extension of term was awarded in 2020.

The budget this work comes out of is Minor Improvements Programme (Wakatipu ward, Waka Kotahi NZTA subsidised at a rate of approximately 50%).

The work was approved by QLDC’s Maintenance and Operations Manager."