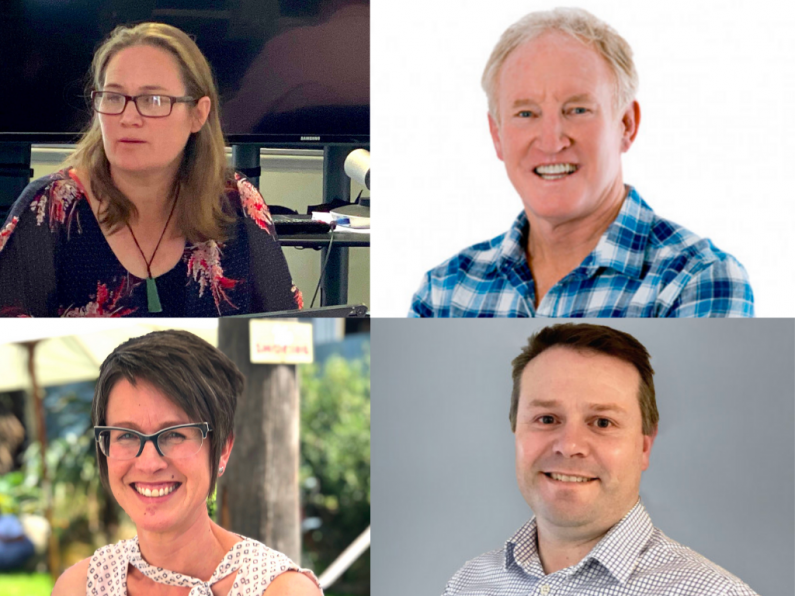 Last week Crux conducted a 24 hour poll that pointed to a developing crisis of confidence in the performance of our local council - The Mayor, the management and the elected councillors.

In spite of a strong rally by council staff in handling the Covid-19 crisis, most of the over 200 comments and 380 votes underlined deep community concern over transparency, communication and effectiveness. The main issues commented on were a lack of transparency over airport expansion, a failure to respect the LGOIMA or official information legislation and what are perceived as major conflicts of interest by Mayor Jim Boult. 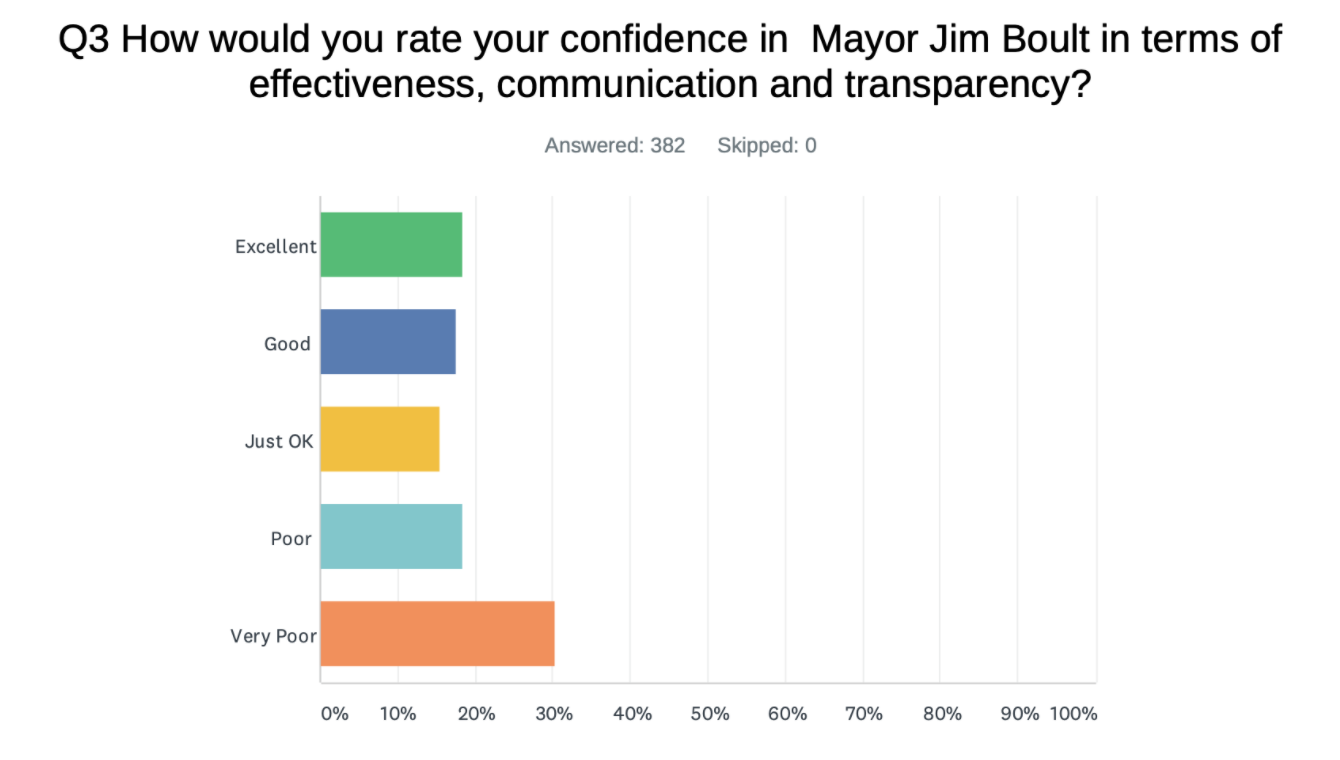 A sample of the results from our Council Confidence Survey

Crux invited a response from the Mayor, the Chief Executive and all of the elected councillors.

From the Mayor Jim Boult and council CEO Mike Theelen we received no response in spite of the fact that they are both paid by the ratepayer to represent the entire community.

From the ten elected councillors, all emailed via their official QLDC contact details, only four responded. Here are their replies.

"Life is very busy, demanding and uncertain at the moment, as it is for a lot of people. I have noted the poll and am focusing on the potential positives, supporting those at risk and our communities as best I can. We have a lot to do and crucial decisions to make. I took heart from the local body election in October last year when the community voted en mass and continue to give 110% to my council role."

"Thank you for the email. Interesting survey to review. Appreciate the time the participants have taken to write comments. Taken on board those who have provided constructive criticism in the comments section, especially with respect to communication."

"My job is to listen to my community and represent their wishes. It is also to ensure good governance and process, and accountability. I will continue to advocate for outcomes that are for the benefit and well-being of the majority."

"Thanks for the feedback – we do need it, we do listen and it does help.

I honestly believe all councillors want what is best for the communities – they’re all good people.  In saying that, I agree with a lot of your comments.

I do believe there are things that councillors and the communities are not being told that they should be told  N.B. Wanaka residents should probably ask exactly why the cost of Project Pure has doubled (with a line by line breakdown).

At times it’s been difficult accessing information and getting full and frank answers to questions.  And when I have got it, ensuring greater transparency has been problematic; I’ve discovered that if council officers won’t release information, then disclosing it yourself will likely result in a code of conduct investigation, much disapproval and a seat in the naughty corner.

I think comments like “far too little robust debate” and “too many closed-door meetings” are valid and I’d agree we are directed by staff to too great an extent.  Solutions have been posed but are a work in progress.

Councillor input into the membership and functions of various steering, groups and taskforces, is concerning.  The same applies to our lack of input into deciding and prioritising the ‘shovel-ready’ project applications for CIP funding.  Ultimately, when councillors miss out on meaningful opportunities to govern, the community loses its opportunity to be heard.

I understand that timeframes are often tight – but when they are the organisation consistently elevates the needs of management above good governance.

This isn’t a whinge – it’s an admission and I apologise, because fixing the above is my job.  It’s also just my perspective.  I’d like to see elected members create greater respect for the role of governance; I’d like us to start directing the CE as a team; and I hope we can reclaim the role of setting policy and strategy, so our communities can regain some sense of control over their direction.

Again, thanks for letting us know your thoughts."