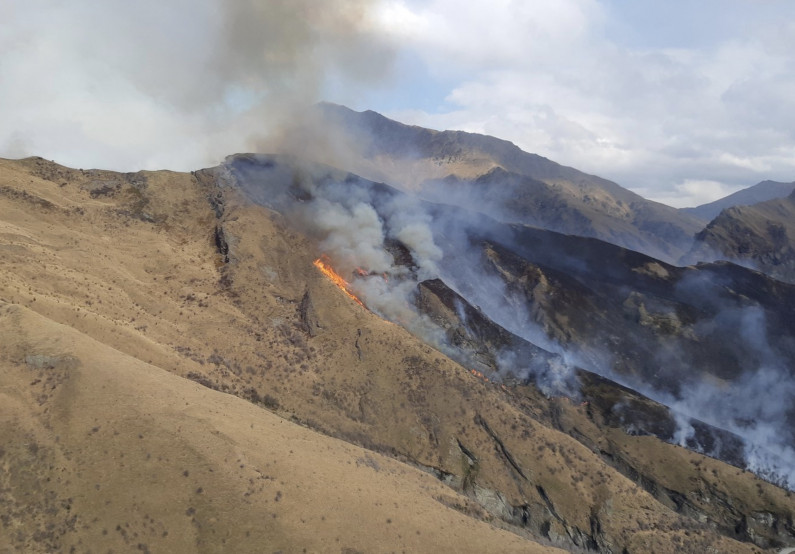 Emergency services are attending to a large scrub fire at the bottom of Deep Creek, Skippers Canyon which began at around 2.45pm today.

“Five helicopters are using monsoon buckets to control the fire while five Fire and Emergency New Zealand crews from Glenorchy, Arrowtown, Luggate, Queenstown and Tarras are tackling the blaze on the ground,” he said.

“We are hitting it hard with all the resources we have available to counter the gusty westerlies.  Our priorities in the first instance are containing the fire and protecting nearby structures,” he said.

Mr Lamont said mapping of the fire behaviour was underway and he would have a better picture of potential scenarios once that is complete.

The Skippers Road is closed until further notice and people are advised to avoid the area until Emergency Services deem it safe.

A further update will be provided by 7.00pm.