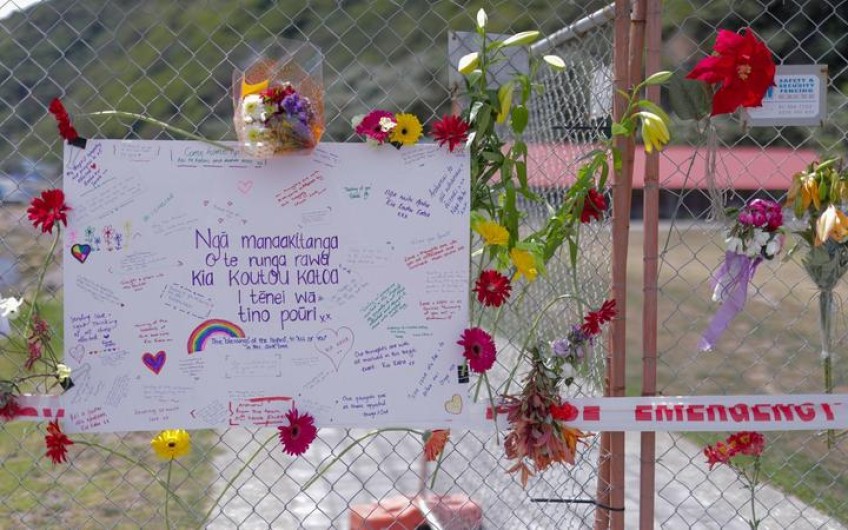 In an extraordinary offer of generosity, members of the public offered to donate their own skin to help severely burnt victims of the Whakaari / White Island eruption.

Hospitals here and in Australia have needed an unprecedented amount of skin for dressing victims' extensive heat and chemical burns.

Within a couple of hours of the eruption, health authorities here were making calls to a skin bank in Ohio, in America's mid-west.

The not-for-profit organisation started the process right away, and found the skin that was good to go as quickly as possible.

"We started pulling the skin from the released inventory, and putting it on to the dry ice in the validated boxes," Wilson said.

It's then couriered, unaccompanied, in boxes labelled 'human tissue'. In individually wrapped, sterile packaging and surrounded by dry ice, the skin can last 100 hours. Boxes started to arrive here for use within 48 hours of the first phone calls.

The New Zealand Blood Service is the entity in charge of providing human tissue to hospitals.

The clinical director for tissue banking, Richard Charlewood, said burns were a dynamic injury, and placing skin over them, albeit temporarily, was the gold standard of treatment.

"The skin is purely a temporary dressing, so the body can have a barrier for fluid leaking, for temperature control, to prevent bacteria getting in."

Most skin comes from cadavers - recently deceased bodies - and anyone can receive anyone else's skin; there's no matching like with blood types. There are checks to make sure the donor and skin is healthy and safe too.

Human tissue can last up to five years when kept in temperatures as low as -80 degrees Celsius.

Dr Charlewood said while the thought of having someone else's skin on you was initially strange, people quickly realised it was an invaluable resource.

"It truly is a life-saving donation, keeping patients who 20 or 30 years ago would have died. And patients are being kept alive now with huge burns that wouldn't be possible without donated skin," Charlewood said.

In severely burnt people, transplanted skin only lasts for 24 hours before it needs to be replaced with a fresh dressing. At most it lasts two to three weeks, as the recipient's body rejects the foreign skin. Eventually patients heal enough to have permanent skin grafts taken from other parts of their own body.

Charlewood said in the days after Whakaari, members of the public offered to help in a particularly generous way.

"People have even volunteered to donate skin from themselves while living. We discussed that with the burns surgeons and that was technically going to be very difficult to facilitate, but that's the level of generosity that we see."

He said skin donations from cadavers were actually only very thin layers from the outside of the skin.

"It's literally not even half a millimetre thick. The donor is still left with skin afterwards; it's just that we have this thin dressing that we can apply to burns patients."

Middlemore Hospital, the home of the National Burn Centre, is still taking care of eight people injured in the eruption, including some who are still battling to survive. Waikato, Hutt Valley and Christchurch hospitals have five patients between them.

December was the busiest period of the burns centre's existence, and specialist surgeons flew in from Canada and Australia to help with an extraordinary number of surgeries.

"For those people, there's quite a long road ahead. For some of the others who have smaller burns and are doing well, they've been able to complete their surgeries at this point and are entering into a rehabilitation part of the recovery," Dr Watson said.

Wilson said she could only imagine the difficulty of the eruption's aftermath. She called donated skin a "gift" that she was honoured to help with providing.

"We were so proud to be able to supply that skin. It meant so much to us to actually know that there's a huge international catastrophe, and then getting to help with that was very moving."