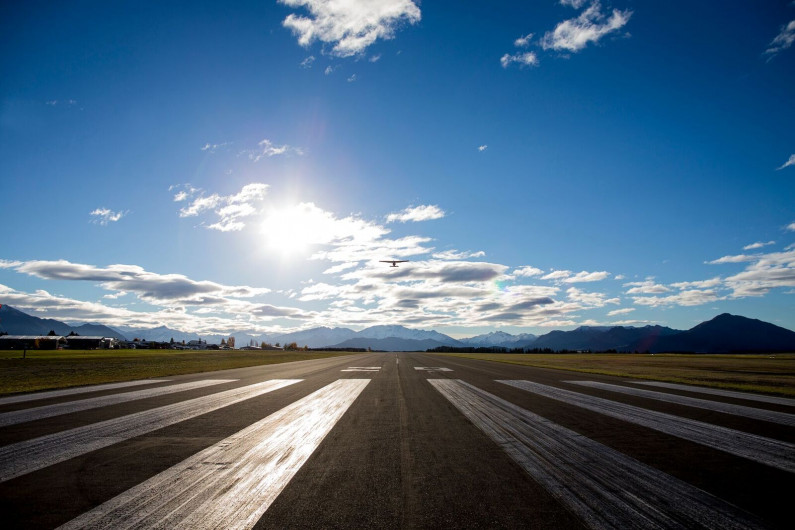 "The Wānaka community has written to the Prime Minister, Ministers and MPs today, calling on them to answer key questions about significant jet airports proposed at Wānaka and Tarras. The letter, sent by Wānaka Stakeholders Group Inc. and fully supported by six community associations in the Upper Clutha, was also sent to all MPs and Councillors at both QLDC and Christchurch City Council.

The letter outlines the community's grave concerns about climate change. It asks how central and local governments can declare climate emergencies on the one hand, and then make decisions to support, approve or enable the building of new jet-capable airports on the other.

WSG Chair Michael Ross said that people in the Upper Clutha as well as all around New Zealand are very concerned about climate change. "We completed a survey of over 1,200 local people last month, including hundreds of business people, and 87% said that they are worried about environmental impacts, with over three quarters concerned about their quality of life. This lines up with research conducted by our local council and government."

Yet Mr Ross says that the local council, who owns 75% of the district's airport company Queenstown Airport Corporation, is not listening.  "Despite two years of raising these issues and a challenge in the High Court, QLDC has continued to show no interest in genuine community consultation or open dialogue. Even the $205,000 report QLDC has commissioned about airports has never been discussed by the full Council."

He says he fears that the company behind the proposed jet airport at Tarras, Christchurch International Airport Limited, will be the same. “Early indications would suggest that to be the case”.

Mr Ross said that it was time for the government to step in. "These are no longer purely local issues. Decisions to build carbon-intensive infrastructure, which in turn enables an increase in carbon intensive jet aviation, is nothing short of madness in the current environment. New Zealand, like other nations, needs to take immediate and urgent action to reduce greenhouse gas emissions. Despite plenty of clever PR and greenwashing, airport companies are not in the business of reducing carbon emissions."

Mr Ross said the timing of Simon Upton's second report on the impact of tourism on the environment was perfect. "We've not examined the report fully or closely, but on first reading there are some excellent recommendations in there."

"In the same way that leadership from central government was required to successfully manage Covid, bold leadership will be required from the government to ensure that sound decisions are made around airport development, national infrastructure and controls on inbound tourism."

WSG is awaiting the judge’s decisions from the judicial review about Wānaka Airport, which was heard over a week-long hearing in the High Court in Queenstown late last year."