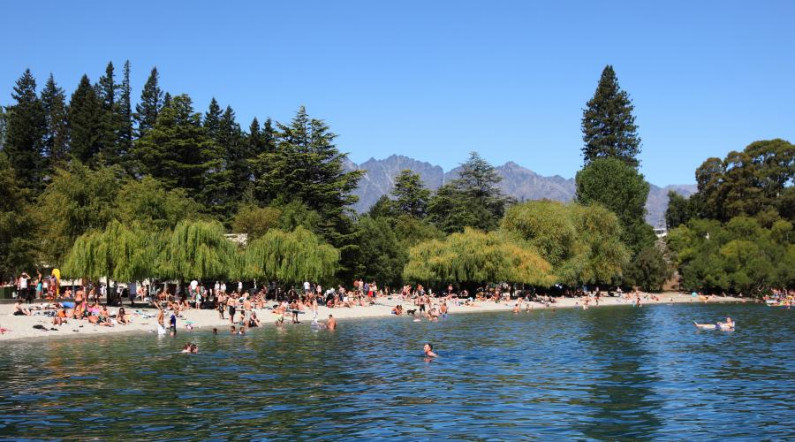 Lake declared safe - but no cause found

Tests of Queenstown Bay lake water have come back within safe levels, but no real cause, or solution, has been found to ongoing questions over water quality in Lake Wakatipu.

Warning signs erected yesterday have been removed and the lake is now open again for recreational use.

The QLDC's Chief Engineer, Ulrich Glasner, has provided Crux with recent ORC data showing spikes in E. coli readings, followed by relatively clear readings. However the data suggests that the high levels of E. coli in Queenstown Bay may have been present from at least January 3rd through to January 6th - one of the busiest times of the year for lake swimming.

To help understand the data, here is the key showing safe, medium and high E. coli levels fro both Freshwater and marine water.

Key showing the various levels of E. coli considered safe in both fresh and sea water.

The data suggests that sudden E. Coli spikes at both Frankton Beach and Queenstown Bay may be expected in the future, at least until more is discovered about the cause of the contamination.

Mr Glasner explained that the QLDC was approached by the ORC on Wednesday December 19th after a high reading was recorded in Queenstown Bay on December 17th. QLDC then immediately re-sampled the Queenstown Bay water and received results on December 20th showing low levels of E. coli (7 & 10 CFU/100mL). Warning signs erected yesterday have been removed the and the lake is now open again for recreational use.

Crux writer Poppie Johnson recently wrote a feature story for Newsroom exploring the background to pollution in our main Southern Lakes. Crux writer Andrew Waterworth wrote this piece in September highlighting some of the reasons behind our water quality issues and some of the remedial actions that could be put into force. The quality of our lake water is closely linked to our reputation as a clean, pure tourist destination, with the ORC having come in for criticism over recent years for not doing enough to understand and safeguard our rivers and lakes. Clean swimming water in Queenstown Bay has been an assumption behind much marketing and promotional activity. This image, and the feature image above, is from Destination Queenstown.

Even though Frankton Beach was given the all clear in late 2018, it was noticeable over the past few weeks that many locals are avoiding the area and swimming instead at Kelvin Heights where there have so far been no water quality scares.

A number of studies are currently underway in an attempt to understand the cause of poor water quality in the district.