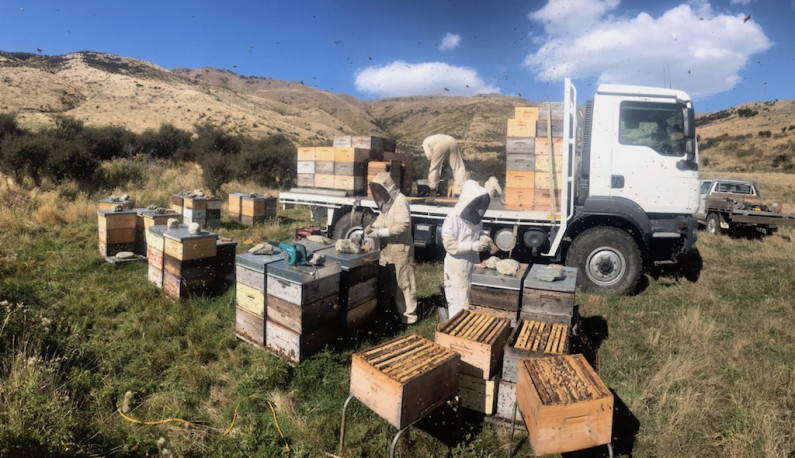 Jamie Stewart swipes at his phone until he finds the photo he’s looking for.

It’s a picture of a hulk of a machine he works with at Road Metals, a quarry out Alexandra way.

Folded into a classroom chair at Cromwell College, the 16 year old is full of details, excited and switched on.

A far cry from where he was two years ago.

Back then, school wasn’t a place he liked to be.

“I’d be sitting down the back, trying to make people laugh, not really caring that much.”

To escape bullying, he’d befriended the “tough guys” at school, he says.

“If you hang out with them, you don’t really get picked on.”

In 2017, 54 young people in Central Otago left school before the age of 16 – they’re classified as “NEET” – not in education, employment or training.

Jamie was on a path to becoming another sorry statistic.

But he was thrown a lifeline.

He was picked to take part in an innovative pilot education programme – the Central Otago Youth Employability Programme (COYEP).

Now, his school week is split between workplaces and the classroom, and he’s thriving on the varied schedule, packed with real-life experiences and relatable mentors.

Jamie’s tried his hand at panel beating and beekeeping; he’s worked at a mechanic’s, an auto-electrician’s, and Highlands Motorsport Park as well as the Road Metals quarry.

For a vehicle-mad teen, who enjoys being outside, it’s a dream.

This year, he’s in a classroom just one day a week, ploughing through workbooks to help him achieve all-important NCEA Level One qualifications.

“It’s proof that I’ve done some schoolwork. If everything else fails, I have something under my belt.”

Programme coordinator Jenna Faulkner is tasked with figuring out what her students are interested in and building relationships with employers happy to mentor them.

“Not every kid embraces learning within four walls.”

Her goal: to harness their passions to help teens stay engaged with their education.

With input from principals and teachers, students are selected for the programme in Year 9 – they’re eased into it, so mainstream schooling isn’t ditched at the get-go.

They’re kids who are just starting to show signs of disengagement, she says.

“The point is to step in early.”

The programme is tailored to suit the needs and interests of each student on it, with school schedules made up of some combination of classroom learning, trades training, and workplace experience.

The programme allows the teens to carve out a future for themselves, where previously they may not have seen a way forward, Mrs Faulkner says.

“Honestly, (without the programme) I believe they would have dropped out of the school system with no qualifications to fall back on. Their opportunities would be slim, and their futures would look dire.

“It needs to be in every school.”

As she reels of details of success stories, she says she sounds like a proud parent.

Past students on the programme have left school for building and bricklaying apprenticeships; this year apprenticeships in butchery and viticulture will be added to her list.

“The big thing for them is seeing success. They get a taste of that success and they want more.”

A taste of success 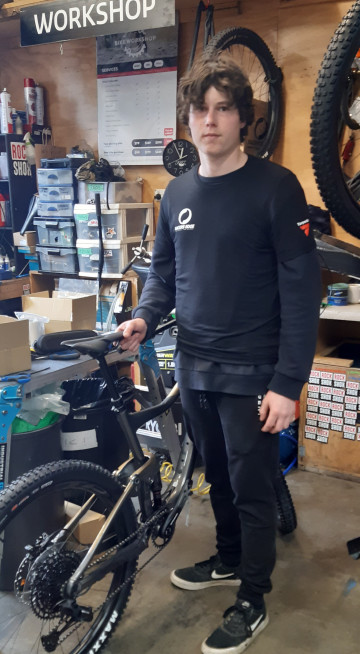 Cromwell College pupil Francis Scott at Racer's Edge in Wanaka, which replaces his school classroom one day a week

He likes to be hands-on, and he struggled in the classroom setting.

“Pretty much every year I’ve been on the verge of being kicked out.”

He learnt alongside adults, and he proved a natural.

Now, Francis is working one day a week at Racer’s Edge in Wanaka, putting together new bikes and fixing rentals.

He’s got another level of the Bike Mechanics course under his belt and he’s knuckling down at school to add more mainstream subjects to it.

“I’m pretty proud of myself at the moment.

“Finally, I feel change. A teacher will ask me to take my earphones out and I’ll be like: ‘Yeh, all good’. Before, I would have argued and stuff. Now, I’m like: ‘It’s not worth it.’ I don’t want to screw anything up.”

It's working and it ain't cheap, but what's the cost of ignoring the problem?

Jude Grace-Dillon, the co-ordinator for Central Otago Alternative Education, who gathered a team of local educators around her to kickstart COYEP in 2017, says the programme provides hope – for the young people, their whanau and the wider community.

But the one-on-one teacher support the success of the programme relies on doesn’t come cheap, and the Ministry of Education does not directly fund it, she says.

For now, the Central Lakes Trust is backing it, along with support from Otago Polytechnic and funding that comes via the schools involved.

There’s space for 20 pupils, and every spot is full.

In 2021, there’s plans to open the programme to pupils at Mount Aspiring College and Wakatipu High School.

Key to its success is having employers onboard who are committed to the kids, she says.

“We’re not talking about ‘little Johnnys’…these can be kids who are used to rebelling and used to failure.

“I think some of the employers have gone: ‘Oh, I remember those days.’ They’re connected with the programme, and they’ve shown a respect for the kids.

Builder Whetu Taewa has welcomed young people on the programme onto his worksites.

He gives them basic jobs to do – nothing they can’t handle, he says.

“It gives them an insight into the daily routine of building, and if it’s not their thing they can move on. There’s a bit of trial and error at this age and a lot of them don’t know what they want to do.”

He stuck at school until seventh form, as it was then, but it never felt like a good fit, he says.

“I didn’t excel at school. I think if I’d had the opportunity they have today at school, I would have thrived in that environment.

“I think school education is not for everyone.”

Investing in young people who may otherwise fall through the cracks is a win-win for everyone, he says.

“It’s a good opportunity for the kids, but for the employers as well. There’s room for other businesses that could put their hand up. It’s putting something back into the community.”