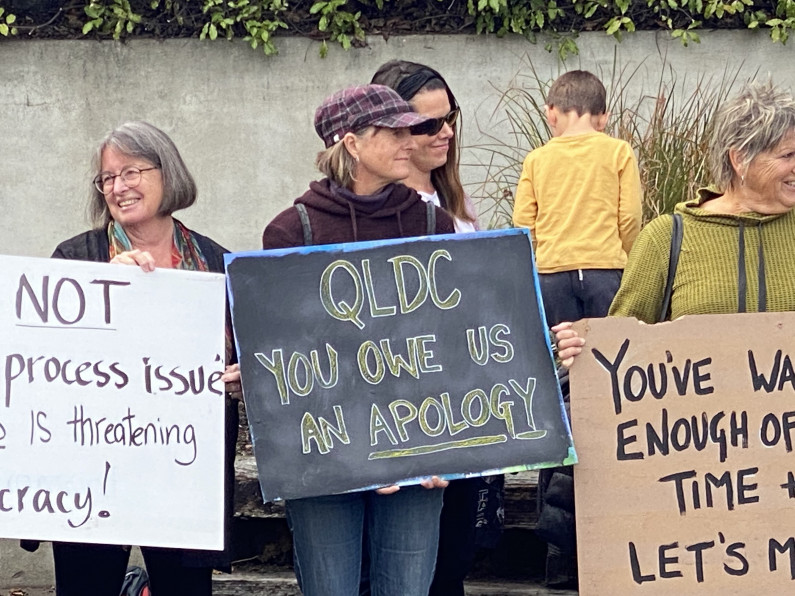 There was a very polite brand of anger in Wanaka today at the QLDC’s regular monthly meeting – but it was still anger. In fact there was a steely, sharp glint to this anger that QLDC would be well advised to take very, very seriously.

It’s an anger that has been building for years – and not just in Wanaka.

The cause? A yawning, echoing chasm between the wishes of the community and the direction taken by our elected Queenstown Lakes District Council.

Something had to break, and it turned out to be the council at the hands of High Court Justice Van Bohemen just eight days ago.

The High Court ruling confirmed what the Wanaka Stakeholders Group had been saying for the last two years. Residents were not being listened to, and that was illegal under the Local Government Act.

Can you hear us? Wanaka protesters outside today's QLDC meeting

Only now are the full ramifications of the judgement sinking in across not just Wanaka but Queenstown, Arrowtown, Glenorchy, Kingston, Luggate and Hawea. What's the point in us being consulted by QLDC if they don't listen to and act on what we tell them?

Whether it’s the expansion of Wanaka Airport, the development of Ladies Mile, council’s use of external consultants, Lakeview, water quality, breaches of procurement policy - you name it. These issues are all at the centre of a crisis of confidence. 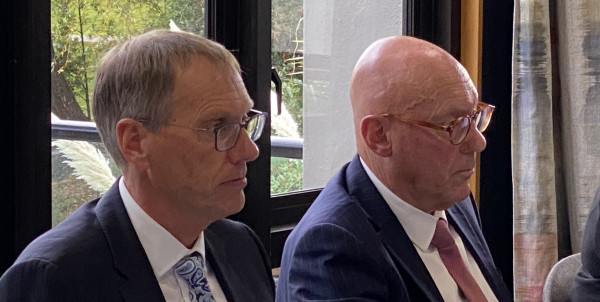 If the QLDC mayor and councillors were to be seen as children, and the ratepayers as adults, then the kids got a hell of a telling off in Wanaka today. Speaker after speaker, both outside the meeting and during the meeting, delivered a withering round of criticism that should leave the mayor and his councillors in no doubt that they are on final notice. Not all the councillors of course – but most of them.

Worth naming is deputy mayor Calum MacLeod. His dismissal of the High Court judgement as a “process issue” has left many across the district speechless.

Already there is talk of the need for a local Citizens Assembly – and it was mentioned again today in Wanaka. If the mayor, deputy mayor and their band of supporting councillors don’t get real soon it will be either a Citizen’s Assembly, or independent commissioners, that will take that choice away from them.

They were given a clear clue by a simple sign in the audience back in September 2019 – in the very same Wanaka council meeting room. Tell the truth.