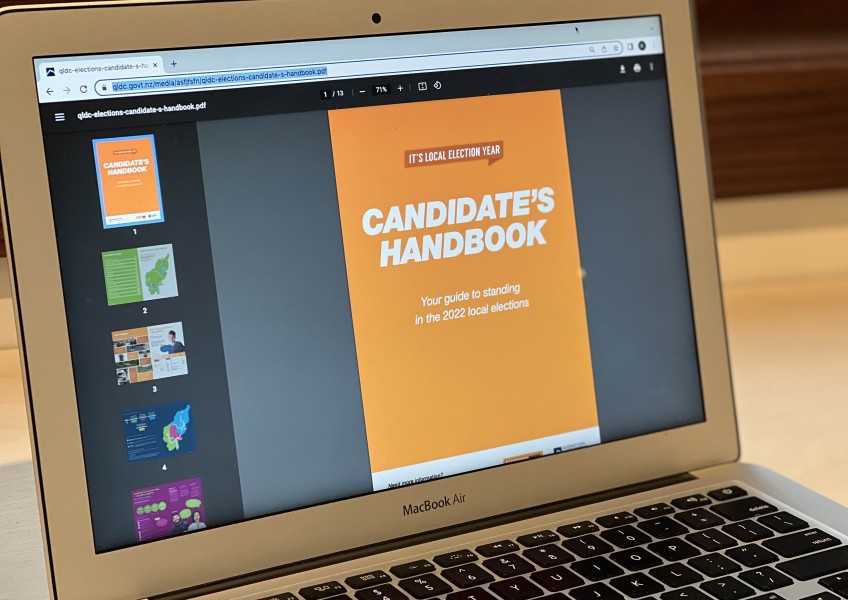 There’s a chance for community members considering running for office at the upcoming local government elections to get a better idea of the “job description” of the main roles up for grabs.

The Queenstown Lakes District Council is hosting a candidate information evening tonight at its council chambers.

The session, starting at 6pm, will also be open to attendance online.

It will be presented by Warwick Lampp of Electionz.com, and will detail “the ‘job description’ of a mayor, councillor or community board member as well as the nuts and bolts of the election process itself”.

The Otago Regional Council will also have staff at the event to provide information on standing in the elections for the regional council.

Nominations for the local government elections in October opened on Friday, and people have until 12pm on Friday, August 12 to put their name forward.

Anyone can stand for election as long as they are at least 18 years old, a New Zealand citizen or permanent resident, and have lived in Aotearoa for one year or more continuously at some point.

Candidates can stand for the following roles:

To find out who is running at any time, head here.

To find out who is running at any time, head here.

'Guardians' not 'lords' needed as nominations open for new council

'Wānaka is more engaged than Queenstown': board candidate Simon Telfer