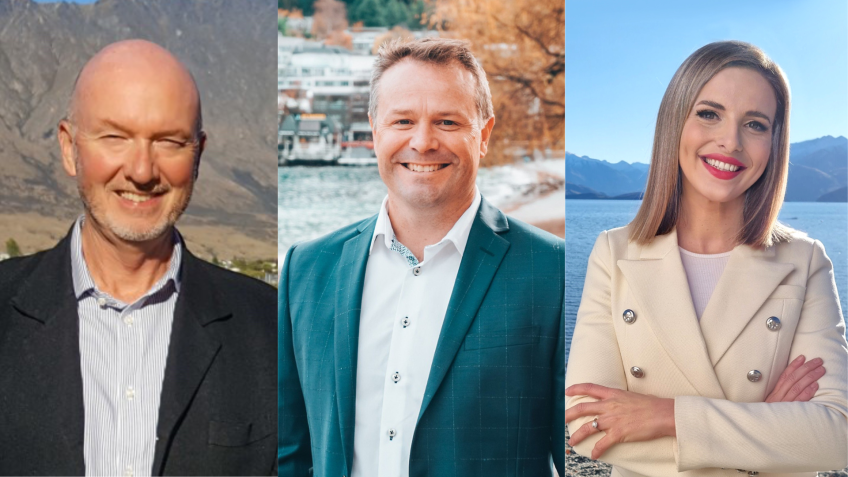 We put to each of the three declared mayoral candidates the results of four years of Crux investigative reporting into how QLDC manages the expenditure of ratepayers money. We are now in possession of hundreds of council emails and documents.

The crux of this mountain of evidence: The Queenstown Lakes District Council continued to lie to Crux after the issue of non-compliance with its own procurement process was identified - both in relation to ZQN7 and many other consultants and contractors. In fact, they carried on spending ratepayers' money throughout 2020 in a non-compliant manner for 10 months after our stories were published, all while saying they were following procurement rules. Then they discovered the problem that Crux had identified was far more serious than they, or us, realised - It was enough to bring the council to its knees.

The QLDC is now threatening a Media Council complaint against Crux relating to our story Inside the cashed-up world of the Queenstown super-consultants, claiming they were totally cleared by the Office of the Auditor General and did nothing wrong, apart from being “confused” about their own financial rules.

Our own reading of the OAG report shows that the QLDC did pretty much everything wrong, while the council’s own communications team claimed the report “cleared the council” and “there was no investigation”. Other media supported this view by publishing the QLDC media release unchallenged.

So, we put these questions to your would-be mayors:

Here's their written responses, in their own words. 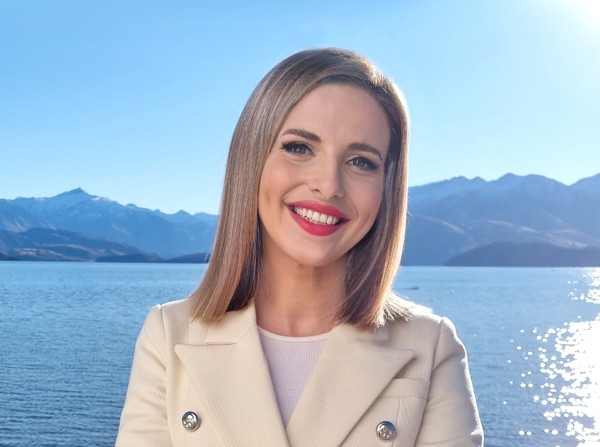 "If I was elected as Mayor, it would be a priority of mine to ensure the public has a high level of trust and confidence in the local council.

"As with all local government bodies, there are policies and systems that need to be improved upon. However, councils must ensure at all times that communications are clear, accurate, and transparent - any intention to conceal or mislead is unacceptable.

"Decision makers must be held to account. Impartial and succinct journalism plays a substantial role in holding power accountable.

"Transparency is vital to democracy." 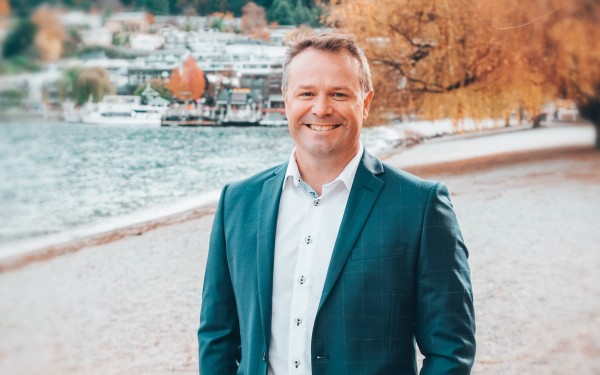 "We do not have to wait for elections for something to happen, as QLDC has worked through revising the procurement policy and updated the guide. These items were approved by Full Council on 2 June 2022, both come into effect on 1 July 2022. QLDC is also providing a detailed, publicly available procurement report each quarter through the Audit, Finance and Risk Committee, this action has occurred in the last two meetings, 14 June 2022 and 3 March 2022.

"If elected I would like to see procurement removed from the Property and Infrastructure department and moved to the Finance department. During the development of the updated policy and guide, this was expressed by me to my fellow councillors and the CE. The reasons for this suggestion are many:

"Also, if elected, a focus on the technology requirements needed to procure goods and services is to best practice. I am not expecting Council to go out and invest in brand new software but build on what we have at present. The main outcome is that decisions made for procurement are documented, this was lacking in the past, and to me is one of the disappointing aspects of procurement behaviour of the past.

"It is too early to see if QLDC has changed its behaviour as the new policy and guide are new. Council will need to demonstrate that both documents are followed. What we need, and is occurring now, is behavioural/process audits that are reported back to councillors by the Audit Finance and Risk committee. These actions give me confidence that we are on the correct path. As with all processes within a complex organisation, continual improvement is necessary. That is why a review of the procurement guide will be complete by July 2023. The last thing we need is another review to slow down or disrupt the implementation of the new policy and guide.

Jon Mitchell, born in Queenstown, with two and half decades of local government management experience 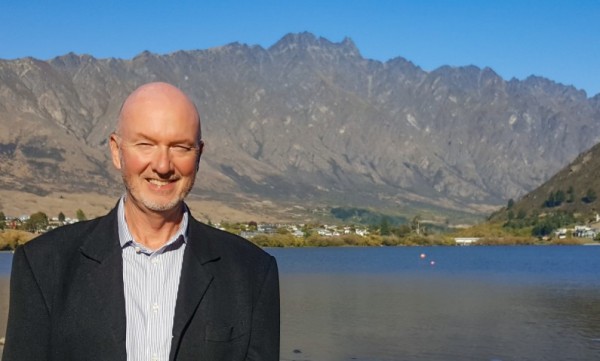 "There are issues at play here that run very deep, that I have seen from outside the council and from within.

"Changing the procurement policy is a good first step, but it is far from enough. I would have the council commission a full review of the organisation's management culture and structure, making use of governance and management expertise we have available in our own district.

"If an independent internal quality assurance capability is necessary to provide oversight of the council's internal decision-making and transparency, or if there is a need for a refresh of the senior management team, they should all be considered.

"Keeping in mind that the council only employs one person, the CEO, and that the full council is the employer, not the mayor alone. The team of leaders that the elected council should be is there to provide leadership to and set the direction for the CEO.  That has not been happening enough recently.

"We need a change of culture and priorities, not just processes, that openly and honestly puts community wellbeing, a sustainable environment, and a resilient economy first.  Not over-riding proper processes and hiding major issues from the public and media.

"This isn't only about transparency.  It is about good management and good governance.  It is about doing things right and doing the right things, so that what is done doesn't need to be hidden.

"The past few years, even the past few decades, have been a series of case studies in why there are limitations to a more insular, business-like approach.

"A local authority shouldn't be run in a way the results in a poor regulation and governance that transfers massive risk from developers and businesses to the ratepayers, the environment, and the economy. Risk-taking that results in the community carrying the can to the tune of tens to hundreds of millions of dollars, when the council is the "last person standing" in leaky building claims, predominantly the from Wensley Developments projects, for example.

"A council shouldn't be run in a way that means the community has to sue the organisation to get it to apply the proper consultation and decision-making process, and to act legally and in the community's interests.  As the Wānaka community has had to over the airport fiasco.

"A council shouldn't run the development of a critically important piece of land, like the Lakeview site, in isolation from the elected council, let alone the communities. Again, putting commercial interests above community interests and transferring significant financial risk to ratepayers.

"Already the full cost of Lakeview to the ratepayers has exceeded the return on investment that communities are likely to get from the project for the next decade.  Without even taking into account the cost of interest on the borrowing and the loss of benefit of those funds being applied differently or elsewhere in the district - like on supporting more affordable housing close to major employers.  The possibility of a 'super profit' from the project, although promising, is not at all guaranteed.  All of those decisions have been made without even the council, let alone communities being involved.

"A council shouldn't be run in a way that means normal proper, fair, and value for money procurement procedures are regularly ignored.  Not even well-run businesses would put up with some of the things we have seen from QLDC recently.

"We need council management that works to meet the needs of our communities now and into the future openly and confidently, building on the good work that the organisation does.

"Real change is needed to restore the organisation's reputation.  But it will take a significant change of council leadership, direction, and style, without conflicts of interest, to bring about that change.  Leading that change, and building a team of leaders, will take an experienced set of hands, well versed in understanding and reducing risks."

An additional response from Mr Mitchell:

"Any action in response to this crisis that isn't part of a proper employment management process would result in substantial legal and compensation costs to the ratepayers.  Given the state of the council's balance sheet and the hits our economy has taken recently we need to avoid that.

"This all requires a thorough and objective investigation. That seems very unlikely in the next few months, given the support that the CEO has from the mayor and the majority of council and the election being only a couple of months away. That support was demonstrated in 2020 when the CEO was reappointed in a very unsatisfactory process, with only one option put to council by the selection panel.

"Any mayoral or council candidate who specifies what action should be taken by the current council, or as the result of a review after the election, would be unable to participate in future decision-making on this set of issues, because they would be guilty of predetermination.

"Resolving this internal and reputational crisis will be top of the long list of urgent things to do for me and the new council, should I be elected.  All of the material that Crux has unearthed will help to inform that process, but there is considerably more that needs to be included as well.

"Only a new well-led council focused on establishing a far more effective leadership culture and putting our communities first in an entirely open and honest way will deliver the results we need."

Does the buck stop with the chief executive or the councillors?

The true and very serious story of what just happened