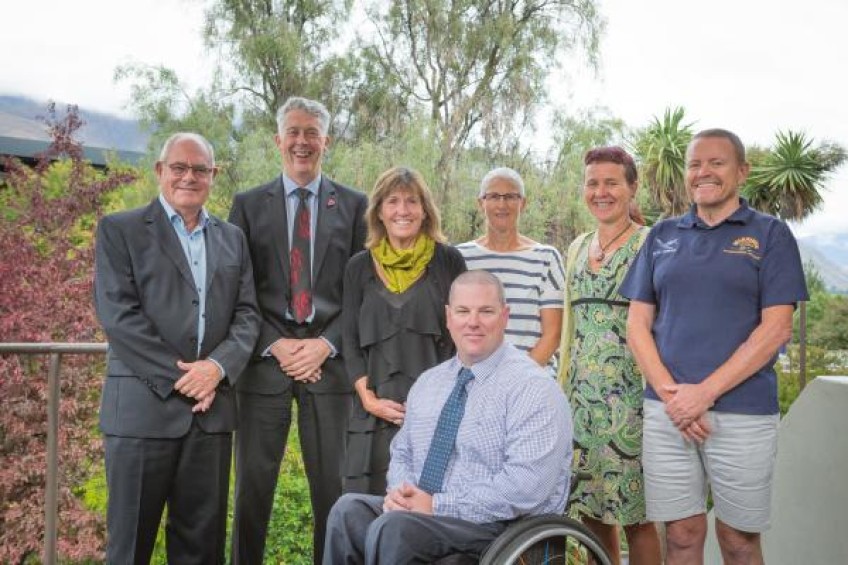 How much power does the Wanaka Community Board have?

It’s becoming cool to care. Keep cups, reusable bags and electric cars have become status symbols of an environmental conscience - in places like Wanaka, at least.

But caring (and speaking up) about local issues? Not so much. Many of us in spite of organisations like Protect Wanaka - remain mute observers , and according to members of the Wanaka community board, therein lies their greatest challenge. 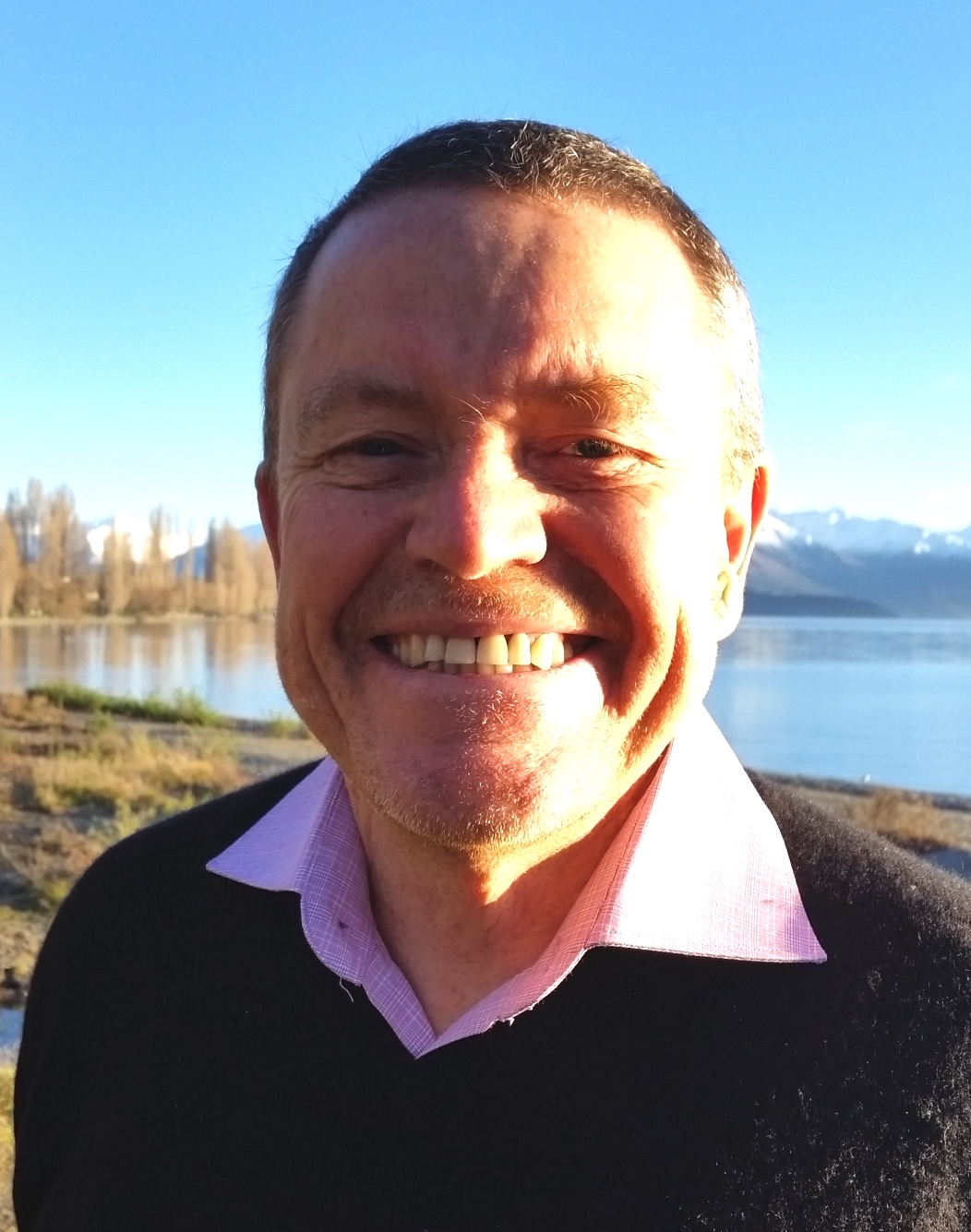 Ed Taylor - "It's the small stuff that pisses people off."

At September’s ‘meet the candidates’ evening, there was a lot of talk about ‘giving the board its power back’. But Ed Taylor, who’s been re-elected for a second term as board member, says they’ve got plenty of influence.

He says what the board is looking to improve is not how much power it has, but how it can hear from a more diverse cross-section of the community, and not just the ‘angries’.

"We tend to hear from the same 200 people, which is great, they're engaged, but what about the others?" says Taylor.

So what exactly does the board do? Well, they meet officially every six weeks, with Wanaka councillors and a representative from QLDC (occasionally the Mayor) present, as well as a public forum.

“People get to come to each meeting and have a say, and we’ve got a lot more chance of understanding their problem here than if they went to a QLDC meeting,” says Taylor.

“We get to make decisions and recommend to council. Yes, council gets the final sign off, but that’s the way the legislation goes, and I’ve never known them to knock something back. And it makes sense, because a lot of those issues are about the whole region.”

Then there are the workshops, where they work on specific projects (like the Lakefront Development Plan) with the council before bringing them to the community. Chris Hadfield, one of the board’s newly elected members, says there’s plenty going on behind the scenes.

“We’re basically presented with the big ideas from council, with all the background information. Then we develop them into detailed plans and show them to the community for feedback,” says Hadfield, who owns Ritual cafe.

Taylor also thinks people underestimate the work the Community Board does. “We do a lot of stuff that people don’t see, like being an interface between council and members of the public.”

“We have the ability to make changes locally because, in the big scheme of the council over the other side, these things get lost. We’re like a touchstone for people in Queenstown to get in touch to see what the vibe is over here, too.”

For those interested in the financial side of things, the board is also in charge of half a million dollars as part of the Wanaka Minor Improvements Programme.

According to Taylor, this is mostly for ‘small stuff that pisses people off’ - road signs, bus stop improvements and other jobs around town. In his opinion, the board has all the power it needs.

“You’ll find that people who say the community board’s got no teeth and that it’s a waste of time are saying that because they probably came to us on a subject and they didn’t get their own way.”

However, there are two glaring examples of issues that haven’t gone before the board: the Special Housing Agreement in Hawea, and the Wanaka airport lease. Arguably quite big issues, and this is where councillor and former community board Chair Quentin Smith has pointed out that there’s room for improvement.

“The question comes down to how do we understand which issues the board can provide value on, and which ones are of community interest,” says Smith, who has spoken of how the board could be better empowered by council in his time as Chair.

In an article he wrote for Crux, he explained that while the WCB is relatively powerful compared with other community boards, he thought it could have the opportunity to play a bigger role. He says much of that comes down to how the Community Board is perceived by the council.

For example, while the board can help determine the Community Board agenda, they can’t produce written reports and budget allocations without the support of the Chief Executive.

Smith is positive about the future, though. He says while the board has had its struggles and frustrations, he’s looking forward to a fresh start, with more support from the council being part of that.

At a candidate meeting during his pre-election campaign, Jim Boult talked about more resourcing for Wanaka, namely in the form of an admin or management role for the community board.

“That would be incredibly empowering - more resources and better connection with senior management at council,” says Smith. Crux asked QLDC, and according to comms spokesperson Jack Barlow, they are looking to progress this quickly, and will start advertising for the role as soon as the job details are finalised.

Smith thinks the board is off to a good start this term. “They’ve been involved early on in the spatial plan, and they’ve certainly been involved in some valuable workshops earlier this week.”

He points out another strength; across its 7 members, it’s engaged with over 40 Wanaka community groups and associations.

Chris Hadfield - "There's plenty going on behind the scenes."

And so we come to community consultation, that well-worn catch phrase in local politics, but something that Taylor, Smith and Hadfield agree there’s no shortage of in Wanaka.

The problem, Hadfield says, is reaching the silent minority. “The airport’s a great example, where the anti-jet group have become very vocal and caught the attention of everybody.”

“Plenty of people are pro-airport but there’s no group that’s making noise. Our mandate from here is to find out where they are and hear from them.”

“There are lots of young families, and young single people who don’t actually vote and don’t get engaged. And then older people who don’t know how to get online and write a submission. So how do you talk to them?”

It’s not a problem unique to Wanaka - there’s an ongoing bigger conversation about how to reach the non-vocal, with ‘apathetic’ millennials being a main target (though this is changing fast).

Taylor thinks the most effective engeagement exercise in Wanaka was the most blunt: closing the lakefront road in March this year.

“We did it over four days, and on the Friday, we got the same old crew that I would expect, coming up to Calum MacLeod and saying ‘you’re a dick!’ But then on the Saturday we got Mums and Dads from Albert Town, and I thought, “now we’re talking”.”

“People are busy, and getting on with their lives, and there’s nothing wrong with that. We couldn’t fit everybody into the venues if they all decided to come. But we do need a better cross section.”

Both Taylor and Hadfield say there tends to be a misconception about what consultancy actually means, and that it’s not about getting exactly what you want.

“There’s always compromise involved and not everyone’s going to get their way,” says Taylor. “The Watersports building on the lakefront is a great example. You would have thought if you listened to certain groups that the world had turned to hell in a handbasket if that building went up. Now all people are saying is how cool it is.”

“I’ve told a couple of people to go and stand on the lakefront and be thankful for where they live and put it back into perspective. In the last few years in Wanaka there seems to be a lot of people who get really agitated about an issue, to the point where I think it affects their welfare. Is that such a big thing in the scheme of the world?”

It may not be fighting famine, terrorism or war, but the board is appointed to be the voice of Wanaka for anything that concerns the community. While it seems it could be given more volume, it’s certainly not falling on deaf ears, according to the current board members.

While the slow battle for more influence continues, the issue remains as to how to make engaging in local politics appealing. As Taylor says, engagement doesn’t have to be for everybody, but for more than just the “usual crowd”.

So, if you do happen to be reading this story, and there’s something your mind, you know where to go.