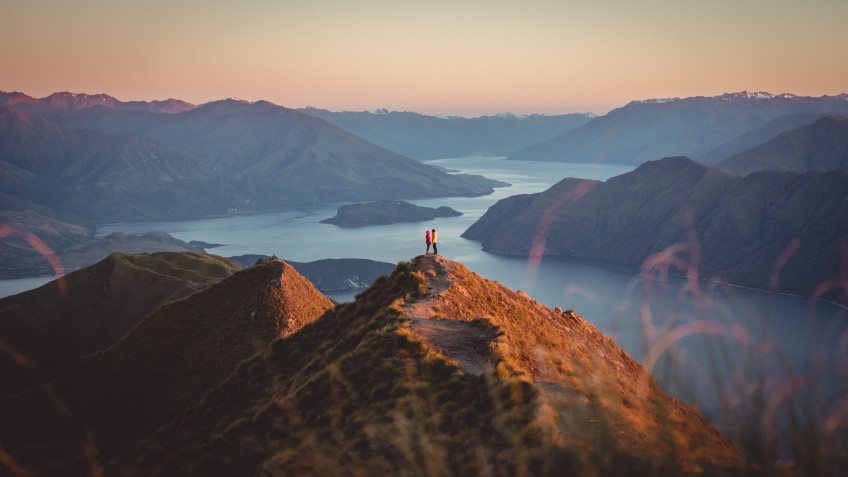 A referee’s call in the great tourism debate

It’s been a big few weeks of tourism industry news.

Minister Stuart Nash didn’t pull any punches telling industry players they need to do better by the environment, their local communities and their staff.

Then, a report by the country’s top financial watchdog criticised a government money scramble, which ultimately picked winners and losers among tourism operators mid- pandemic.

Closer to home, RealNZ announced one of the largest private capital raises the local industry’s seen, bringing in fresh faces at the top and an end to Mayor Jim Boult’s tenure as company chair.

Speaking in Queenstown earlier today, leader of the Opposition Christopher Luxon said Labour had done little to champion the industry. 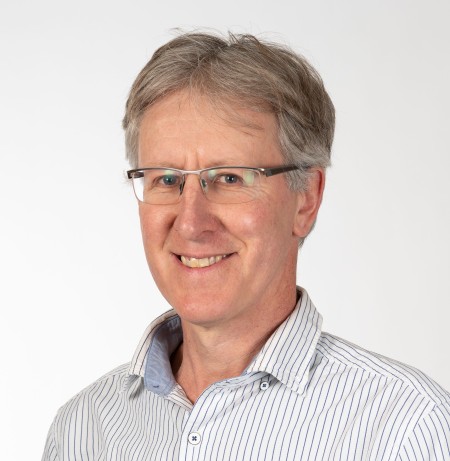 Professor James Higham: 'Do we need to be build back better? Do we need to do things differently? There is now very broad agreement that the answer is yes.'

At the centre of all this, Crux caught up with Professor James Higham from the Department of Tourism at the University of Otago.

We asked Professor Higham for a read of the room.

In particular, with the country’s borders set to reopen to international tourists next week, there’s growing calls for tourism to not just build back, but build back better.

And, with many in the industry still struggling for survival, who is expected to do the heavy lifting to make it happen?

Tourism players seem increasingly akin to farmers – on their shoulders are some hefty environmental responsibilities.

But is the same demanded of players in other sectors with potentially suspect sustainability credentials – the tech industry, supermarkets, and fashion, for example?

Covid gave pause, but this goes back further

Before Covid-19, there were already concerns being expressed about how to manage tourism without killing the goose that lays the golden egg.

On the eve of the pandemic, Parliamentary Commissioner for the Environment Simon Upton released a report warning that increasing numbers of tourists were putting the environment under pressure and eroding the very attributes that make New Zealand such an attractive country to visit.

Professor Higham says the report clearly documented the evidence that tourist hotspots were feeling the strain, and continuing with a business-as-usual approach would only exacerbate that.

“Tourism had grown beyond its sustainable limits - beyond its environmental but also its social and cultural capacities.

“In places like Queenstown, local residents were feeling more and more exhausted by the sheer volume of visitors passing through their community.

“Do we need to be build back better? Do we need to do things differently? There is now very broad agreement that the answer is yes.”

Professor Higham says that prior to the pandemic many tourism businesses were already advancing their sustainability commitments, and making positive contributions to the environment.

They were championing recycling, pest control initiatives and tree planting, for example. 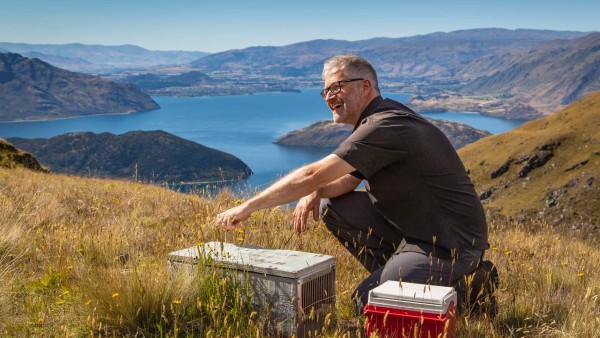 But at this year’s Otago Tourism Policy School the conversation went further, towards a regenerative tourism paradigm shift, beyond minimising the impacts of tourism on the environment to creating measureable positive outcomes, he says.

“The new paradigm might say, do we actually ever want to return to three million visitors a year? If not, then how much tourism is enough, and how much is too much?

“Or is there some sort of limit we should place on the numbers of international visitors that we want to welcome, which is compatible with the lifestyles and the aspirations of the communities that tourists pass through, communities like Queenstown?

“So, it's more or less a fundamental questioning of what we had before, rather than returning to what we've previously thought of as normal.”

New Zealand’s a spectacular drawcard, but Professor Higham says the country’s phenomenal success with attracting tourists in the past has been due to deliberate policy decisions.

Coming out of the global financial crisis, then Prime Minister and Minister for Tourism John Key prioritised tourism as an avenue for recovery.

It was an incredibly successful strategy.

And, there’s no reason to think decision-makers couldn’t be as successful this time round, just with a broader agenda – the right kind of tourism, as opposed to mass tourism, he says.

“The John Key National Government policy settings were conscious, and they were successful, and we celebrated sustained high growth in visitor arrivals and tourist spending throughout the 2010s.

“It is very difficult to divert that success when the industry is celebrating year-on-year growth.”

Covid-19 has been the necessary circuit-breaker, he says.

“The Parliamentary Commissioner for the Environment was clear the pandemic has provided an opportunity to rethink and reset.”

But are those at the coalface really onboard with such fundamental changes? Surely, tour operators just want more butts on seats, especially after two years of battling through pandemic travel restrictions.

Professor Higham thinks there is consensus to build back better from a cross-section of industry players – policy makers, local authorities and businesses, big and small.

“The conversation has changed.

“The opportunity now is to move beyond success measured in terms of volume of visitors, but rather to attract the right sorts of visitors, who complement our values as hosts.” 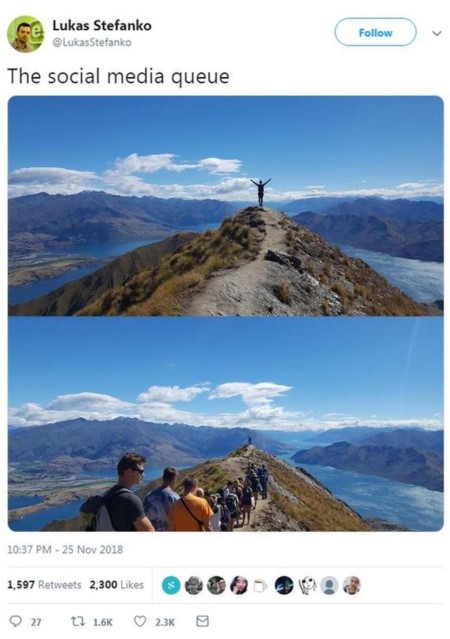 Queuing to take photos at the summit of Roy's Peak in Wānaka - Is this good value for visitors or their local host communities?

How we define value will no doubt be up for debate, but it is clear cash injections of tourists need to be carefully balanced against environmental and social costs.

“I don't see it as turning away business, but finding the right business. Regenerative tourism closely compliments Māori values such as manaakitanga, kaitiakitanga and kotahitanga.

“We’re looking for visitors who stay longer - who travel more extensively throughout the country.”

They visit regional communities and contribute to regional economies, he says.

“They're not mass tourists, as we might have described in the past, but they're tourists who give us far greater opportunity in terms of the economy, but also environmental sustainability, social sustainability and cultural engagement.”

This is where a significant new challenge arises for Tourism New Zealand, he says.

Barrelling out of the global financial crisis arms wide open to anyone and everyone wanting to visit Aotearoa was arguably a straightforward task compared with the more nuanced approach now required to target the welcome mat at international visitors willing to commit time and effort to experiencing the people and places they visit, in ways that benefit both hosts and guests.

And, there’s no getting around it - alongside these longer term aspirations there’s a more pressing job on Tourism New Zealand’s to-do list.

Any local operator will tell you that.

With borders beginning to open, the immediate focus is on bringing in visitors, to resuscitate tourism businesses, Professor Higham says.

“Currently, our number of international visitors is zero. It's not time now to be talking about capping at 2 million or two-and-a-half million or whatever.

“We just need to get tourists back in into our economy.”

But restarting tourism while neglecting the larger structural reforms that are required would be a mistake, he says.

“We need to be thinking about both of these things ,and it's hard because we all have limited bandwidth.

“But that's the challenge that's in front of us now.”

On the back of cheap labour

At the Otago Tourism Policy School, Tourism Minister Stuart Nash delivered a speech that took a jab at tourism built on the back of cheap labour.

Not that good work wasn't already being done by some.

"Prior to the pandemic some leading tourism businesses were investing in their workforce, and committing to the living wage rather than the minimum wage."

Tourism workers are at the forefront of the visitor experience, he says.

“If the future of tourism is more focused on the quality of visitor experience for both hosts and guests, then there is enormous scope for innovation in the way we deliver world-class experiences.

“This will require a skilled labour force, where employers support and develop their staff, and ensure they are appropriately remunerated.”