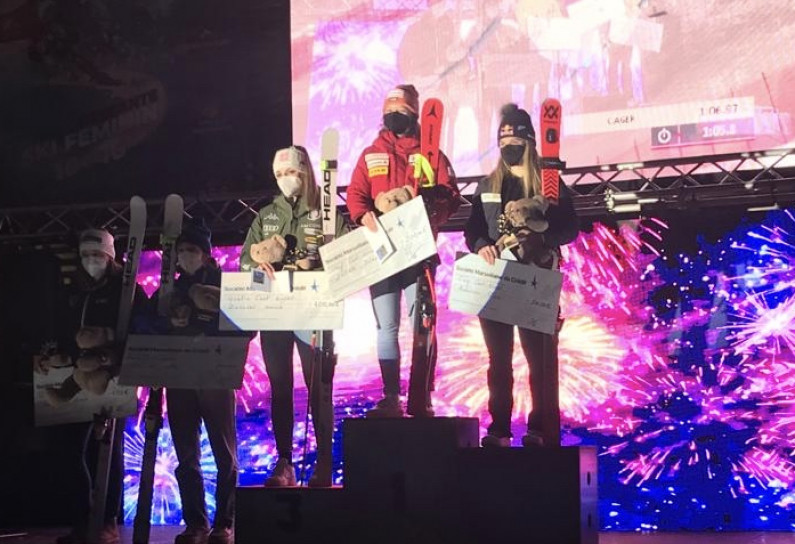 Orières Merlette, France (13 January 2022) – Kiwi Alpine Ski Racing phenomenon Alice Robinson has skied from the back of the pack to finish in second place at her first ever FIS European Cup Downhill Race tonight in France.

Tonight was her first foray into the fastest discipline, Downhill. As it was her first Downhill race, she was the final racer on course tonight in bib #57. Attacking from the back she put down a fantastic run in a time of 1:24:78, just +0.33 behind the winner Juliana Suter (SUI).

Alice explained “It was really fun, it’s a great slope. It’s a Europa Cup race so it’s a great level and the snow was amazing. I just wanted to go out there and ski really solid, I had some really good sections and there were some spots that I can improve so it was a really solid result for my first Downhill race.”

Alice, who is known for her prowess in the technical event Giant Slalom, has made the move into the speed events this season. She recorded a career best Super-G finish with a fourth-place finish at the St Mortiz Super-G World Cup in December 2021 .

Her success tonight helps her lower her Downhill FIS points, working towards allowing her to take part in the Downhill training in the days prior to Super-G World Cups. The training days take place on the same slope as the Super-G race meaning she will be familiar with the slope before she is in the Super-G start gate, helping to equalise the advantage that her competitors currently have.

Alice was really pleased with her performance tonight, saying “the goal today was to ski solid and get a decent result so I can get under 80 FIS points, I just wanted to ski really solid and execute the plan, so I am happy.”

Juliana Suter (SUI) and Alice were joined on the podium by Monica Zanoner of Italy.

Alice is next in action tomorrow night at the second FIS European Cup Downhill where she will be starting in a much higher bib number after tonight’s fantastic result.