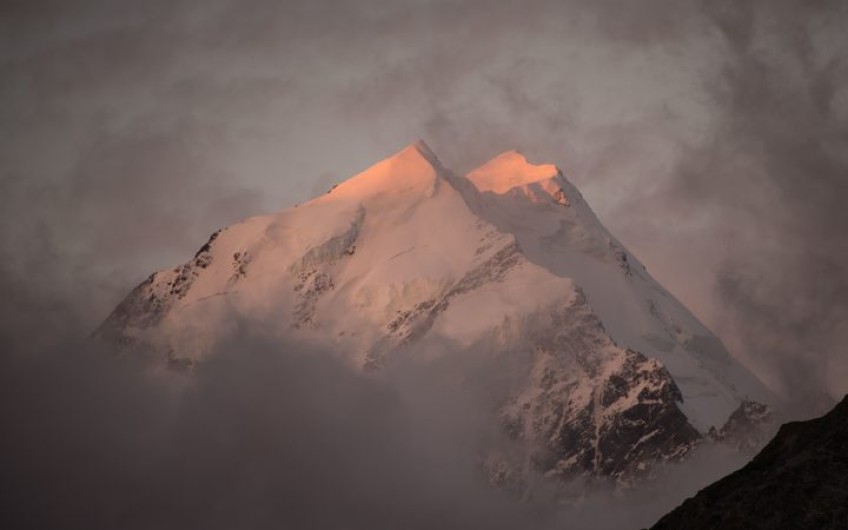 Trampers caught in avalanche were tourists

The two trampers caught in an avalanche that killed one of them on Aoraki/Mount Cook were tourists.

The men were tramping when the avalanche occurred about 1.30pm on the Eugenie Glacier yesterday.

Mid and South Canterbury area commander Inspector Dave Gaskin said the pair were climbing the mountain when the weather turned and they decided to turn back.

"But unfortunately as they were coming down they triggered a small avalanche and were swept away for a very short distance. One of them was buried."

Mr Gaskin said the second tramper managed to get himself out from under the snow and tried to save his friend, but it was too late.

The man who survived suffered minor injuries. A third tramper was feeling unwell that morning, so didn't join his friends, he said.

The two men have now been flown off the mountain, and family overseas are being contacted.

An avalanche advisory issued yesterday afternoon said there were dangerous avalanche conditions on alpine and high alpine areas of the mountain.

"The unfortunate thing is that a lot of people climb at this time of the year," he said.

"It's just people taking chances. Sometimes they get away with it, and unfortunately in this occasion they didn't."

It's the third death due to an avalanche on Aoraki/Mount Cook within a month.