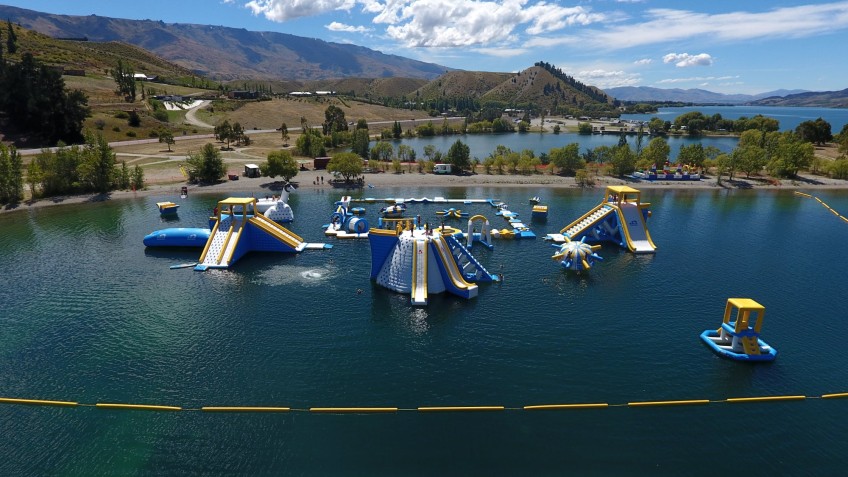 The operator of a water park that's set up on Lake Dunstan for the past two summers says now she has official go-ahead for the coming season she can start sorting systems to try and keep locals on side.

Emily Rutherford's Kiwi Water Park hit a stumbling block in recent months when Land Information New Zealand stalled on issuing the licence needed for the Queenstown entrepreneur to set up shop at the Lowburn bay.

It effectively left the business in limbo as authorities debated how to best manage traffic at what's become a busy intersection on the state highway.

But yesterday, LINZ contacted Ms Rutherford to say she was good to go for another year - the paperwork's done to ensure it. 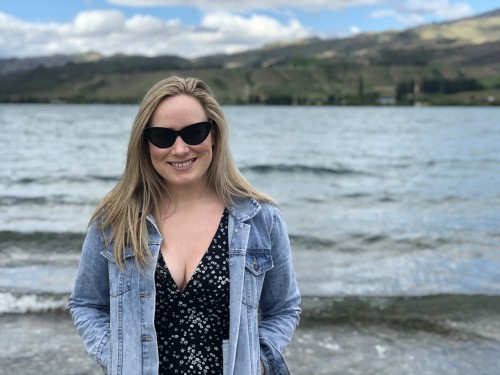 "It's a huge relief," Ms Rutherford told Crux after hearing the news.

"It has been an extremely stressful few months."

Opening day is now set for Saturday, December 3, and Ms Rutherford says she'll be busy setting up the site and recruiting staff in the lead-up to it.

Work will also begin on a turning lane for the state highway, which has been a sticking point for Ms Rutherford and authorities.

The turning lane will be put in place to allow vehicles to move out of the flow of 100-kilometre-an-hour traffic on the highway when turning into the Lowburn freedom camping site.

The public reserve is the designated parking site for water park visitors, who are asked to walk several hundred metres along the lake to the water park.

The reserve is also popular with self-contained campers, boaties and other lake users, and cyclists, especially over the summer months.

"So the aim is to have it all done before Christmas," she says.

Ms Rutherford says she pays LINZ an annual lease fee to use the lake and lakeshore, plus a percentage of ticket sales.

The right-turn lane "was needed irrespective of the water park", she says, so she's not paying for the install of it.

She will be setting up fencing and signs at the water park bay as well as at the carpark, to help manage her customers and ensure their behaviour doesn't impact on other users of the public space.

The Central Otago District Council earlier told Crux it had received 23 formal complaints about the operation last summer. People had voiced concerns about the loss of a popular public swimming area, the lack of community consultation and input regarding the park’s new location, access to the public boat ramp, parking, fencing, and road safety.

Ms Rutherford says not knowing whether she would be given permission to operate at the site this season has made it harder to plan well, but she's aware she needs to do right by the community.

Last year, signs were handwritten and areas were fenced off using a bright orange mesh, the sort generally used on construction sites, for safety fences.

"We know people want better fencing, better signs, shade, changing rooms etc, and we agree and will work hard to try and get this all sorted before December 3rd.

"Now we have this confirmed we will be working very hard to try and make the area as nice as possible for folks."

Conditions on the water park's operation stipulate the inflatable structures and all fences must be removed from the site within a tight timeframe of the season closing.

"My ideal situation would have been to have this all sorted back at the end of the season and then we would have had the winter to beautify the area and make it as nice as possible for everyone."

When it comes to ironing out issues, she says she's also offered to pay for a person to manage the parking area over the peak use times - last season, some boaties complained the boat ramp and trailer parking was obstructed by water park users.

"But we were told we can't legally tell people to move their cars as it's a public reserve."

They've tried it before: "Some of my young staff got verbally abused by middle-aged men when they tried to get them to move their cars. It's difficult." 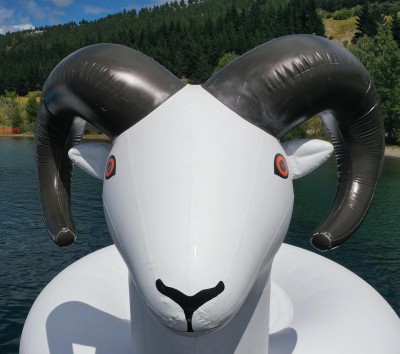 Are giant inflatable Jaffas and a Kākāpō next for a North Island set-up for Emily Rutherford?

Businesses in Cromwell and the wider region have been struggling to recruit seasonal staff, and Ms Rutherford says being in limbo has forced her to put the brakes on hiring, and she may have lost some would-be employees because of it.

But she remains confident she'll fill the 10 positions still vacant before opening day.

"We do have a lot of staff coming back...We pay well and it’s a fun place to work."

She's thanking Cromwell for playing host to her park, but says if the paperwork hadn't come through, she had contingency plans in place for her inflatable water playground.

"We had two other locations in the North Island lined up, but I’m glad we are staying in Cromwell, as it’s so lovely and the people are awesome."

So, if she has what she reckons is the world's largest inflatable ram floating on Lake Dunstan, will she opt for a giant dairy cow up north?

"No we are having Jaffa balls and a Kākāpō for the North Island park. I've already got it designed."

Last season, from Ms Rutherford's count, the water park had 30,000 customers - double the number that came through the park in its first season.