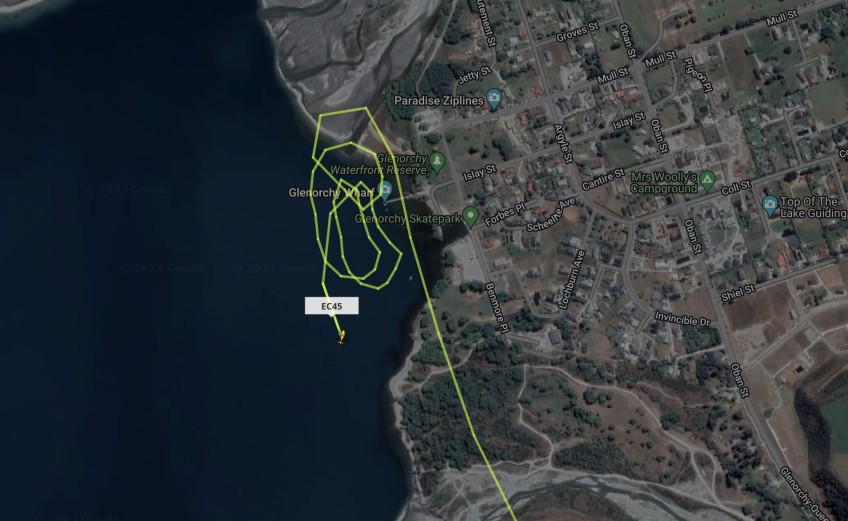 Update: No success in search for missing swimmer

A helicopter, four jet boats and people in the water have had no success in their search for a missing person who was reported to be in trouble near Glenorchy.

Police say that a rescue helicopter was dispatched from Queenstown just after 4.00 pm today and flight tracking software (main image - FlightRadar 24) shows the helicopter in a search pattern over Lake Whakatipu just off Glenorchy.

Police say that the search is ongoing and that they remain at the scene.

Strong currents have been reported in the area following a drowning just last weekend in which a 48-year-old Wānaka man died.

That man’s body was recovered by the police dive squad a day later.