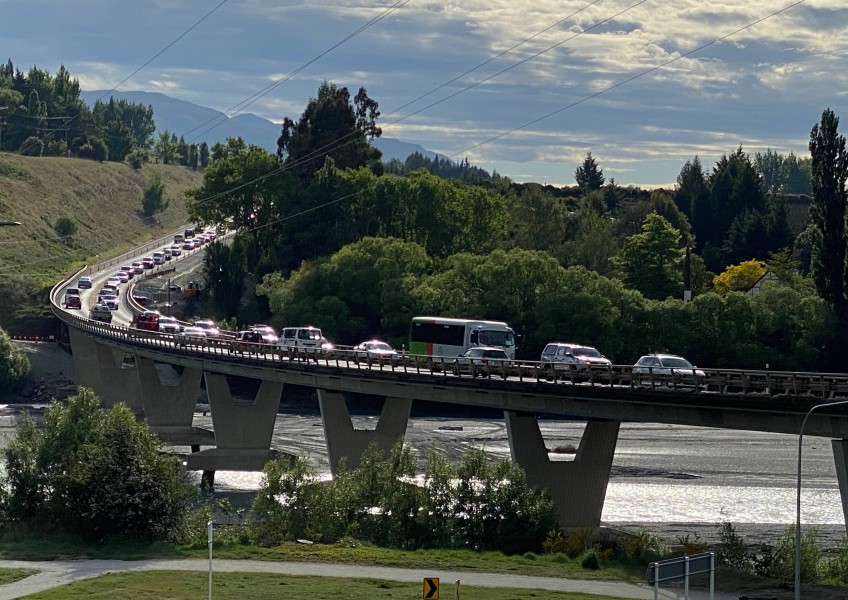 "Changes made today to traffic management across the Shotover Bridge aim to ease congestion during the last week of the current phase of construction works.

“It won’t be news to anyone crossing the bridge over the last few days that traffic has backed up at peak times. This appears to have been partly caused by retaining the right turn into Tucker Beach Road aimed at keeping the bus service operational on that route. This has now been removed and as a result traffic flow is improved, albeit slowly as it is still an active construction site,” Mr Noble said.

Work at the site began in February 2020 replacing around 320m of wastewater pipe and installing new water supply pipe along the downstream side of the Shotover Bridge. The $3m project aims to provide for current and future capacity as growth in the area continues.

Mr Noble confirmed that permanent traffic management is set to end within the coming week as the project moves to a new phase.

“Most people will appreciate the need for speed reductions for the safety of workers and people driving through the site, but no doubt everyone will be pleased to know that the project phase that has required permanent speed reductions is expected to finish next week and the speed limit will be returning to 80km/h. There will still be short periods of time requiring temporary reductions as work continues away from the main traffic thoroughfare.”

“This is a timely reminder for those travelling into Queenstown over the Shotover Bridge to consider alternative transport options. With improvements being made to public transport and active travel networks across our district, we are asking people to think about their options for carpooling, cycling and walking, or making use of the $2 Orbus service to help play their part in keeping everyone moving,” added Mr Noble."