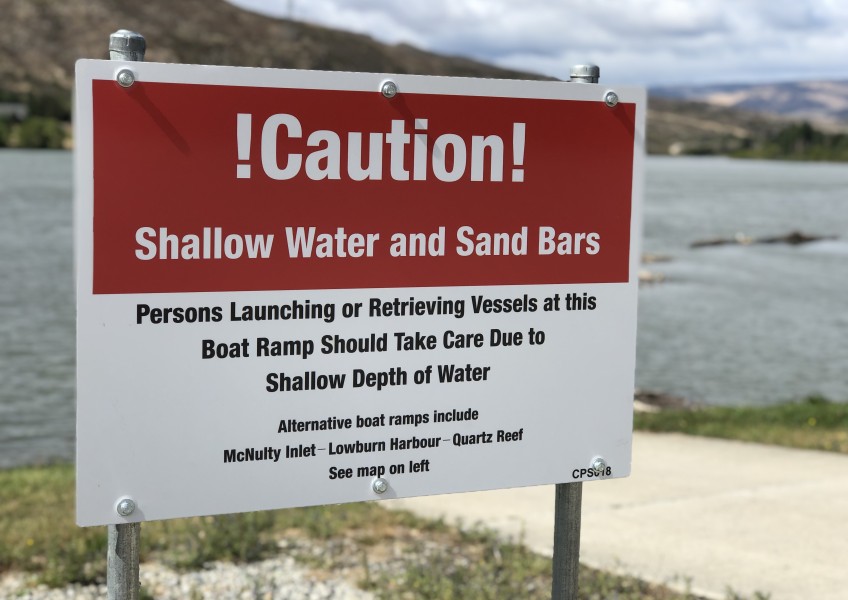 After last week being served an abatement notice by the Otago Regional Council for breaching a provision of its resource consent to operate the Clyde dam, Contact Energy this week hosted a mediation meeting with local stakeholders.

The energy provider is years overdue in delivering a management plan for the Kawarau Arm of Lake Dunstan, a requirement of its consent.

This section of Lake Dunstan is rapidly silting up, it provides prime growing conditions for invasive aquatic weeds and driftwood piles up at the lake edges.

In response to questions from Crux about the mediation, what next for the outstanding management plan, and whether the community could expect to see more action to address concerns about the lake, Contact Energy and the Otago Regional Council provided this joint statement:

“All parties agreed that the meeting produced successful outcomes, which include a commitment to work together to produce a revised LVAMP, ongoing consultation amongst the parties and meeting again by end of September.

“There was further acknowledgement that a collective vision for the Kawarau Arm, of which the LVAMP is a part, shared by all parties would be a constructive and positive way forward.” 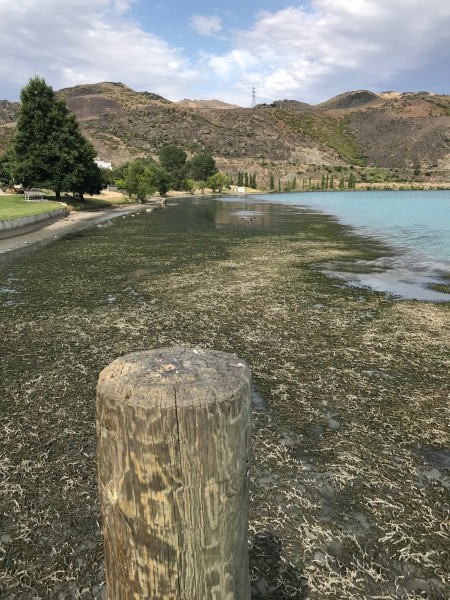 Is the tide turning? Contact Energy is set to revise its obligations for managing the effects of the operation of the dam at Clyde. Cromwellians want action as they watch sections of their lake disappear to silt and weeds.

The Lake Dunstan Charitable Trust has long lobbied for Contact Energy to do more to manage the effects on the lake from the operation of the dam.

It’s also long lobbied for the authorities with a stake in Lake Dunstan – ORC, LINZ, and CODC among them – to demand more of the operator.

Chair Duncan Faulkner says the meeting was an exciting milestone and felt like a positive step forward for the lake and the community.

“It was a really good reset…Not just Contact, but everyone acknowledging, actually, that things haven't worked as well as they could previously, and that the community and the environment has changed significantly since those conditions (of the management plan) were last reviewed.”

The LVAMP has a five-year cycle, but Mr Faulkner says the opinion of the room was environmental management needed to be more future-focused than that.

“We need to be looking far further into the future than just five years.”

Another shift in attitude: Contact Energy in its LVAMP has no actual obligation to address “recreational amenity” – so things like whether or not people can still easily get their boats out on the lake from the Butchers Road boat ramp, or whether a favourite swimming beach is choked with weed or covered with silty sludge.

Now, there’s a sense of a more holistic approach being the way forward rather than a tight interpretation of “landscape visual amenity”, Mr Faulkner says.

“We as a group identified what was needed to get that plan close to being across the line, and then Contact are going away and doing another revision of the plan, then working with all the stakeholders to get it there.

“I think that it would be fair to say there was significant excitement in the room and hope for the future of the lake.”

The meeting of stakeholders comes off the back of a community meeting held last week, where the results of extensive community engagement, part of a million-dollar LINZ-funded project, on Lake Dunstan were presented.

Coming loud and and clear from Cromwellians: We want to know what the future looks like for the Kawarau Arm of Lake Dunstan and we want those responsible for managing it to come together better as a collective to do the job.

At this week’s meeting, Contact Energy acknowledged how important these issues are for the town, Mr Faulkner says.

“They want to get it right, and they want to be the good neighbours…and the purpose of the meeting was they want to understand how can they do that.”

The mediation was facilitated by Giselle McLachlan, a governance and leadership specialist and founder of Grounded Governance.