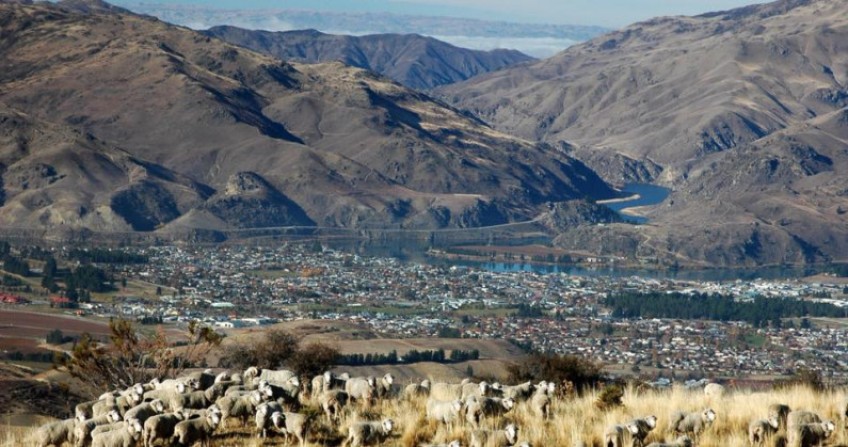 The average value of a home in Central Otago now sits at more than half-a-million dollars, according to new council rating valuations.

The new rating valuations were prepared for 14,770 properties on behalf of the Central Otago District Council by Quotable Value (QV).

Rating valuations are carried out on all properties in New Zealand, usually once every three years to specifically help local councils set rates for the following three year period.

In a statement, the council said rates will remain unchanged for now, and will be updated based on these fresh valuations from July next year.

Leanne Macdonald, a spokeswoman for the council, says the significant rise in property values does not mean more rates revenue for council.

Instead, the valuations determine how the district’s rates burden will be divided among property owners, not how much rates are paid in total.

“Council is still collecting the same amount of rates we set our budgets for through our long term and annual planning process. The property revaluations may just slightly shift the ‘share of the pie’ that sectors within our district are paying for land or capital value-based rates.” 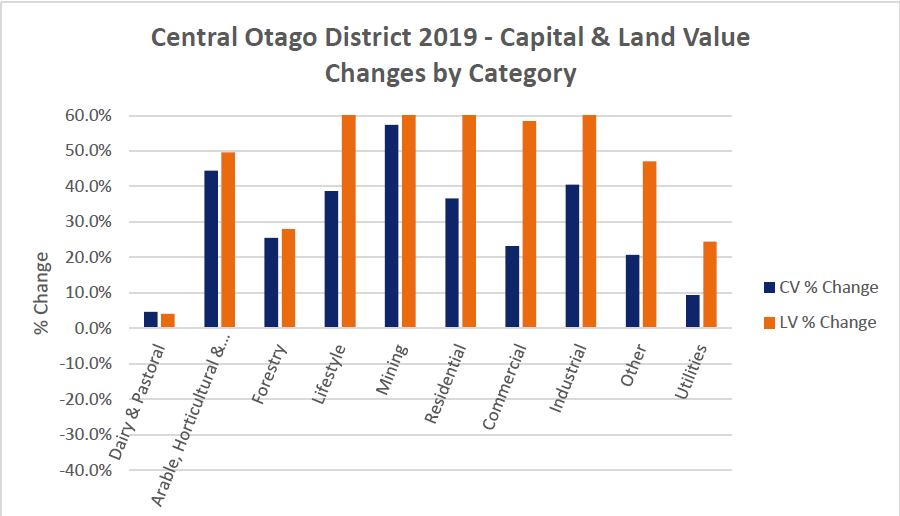 What it's worth: Capital and land value changes in Central Otago by category. Image supplied CODC

Commercial property is showing an overall increase of 23.3 percent, while the industrial sector has increased 40.5 percent relative to the 2016 levels, with land values increasing by 58.7 percent and 67.7 percent respectively, he says.

Meanwhile, in the rural sector, dairying and the pastoral values remain fairly flat with dairy increasing by 1.4 percent and pastoral increasing by 5.1 percent since 2016.

Mayor Tim Cadogan says the significant increases will be viewed entirely differently depending on perspective: “For a home owner, their equity in their property has obviously increased, but for someone trying to get on the property ladder, that first rung just got a lot higher.”

Don’t agree with the rating value of your property? You have the right to object and the close-off for this process is January 17, 2020.