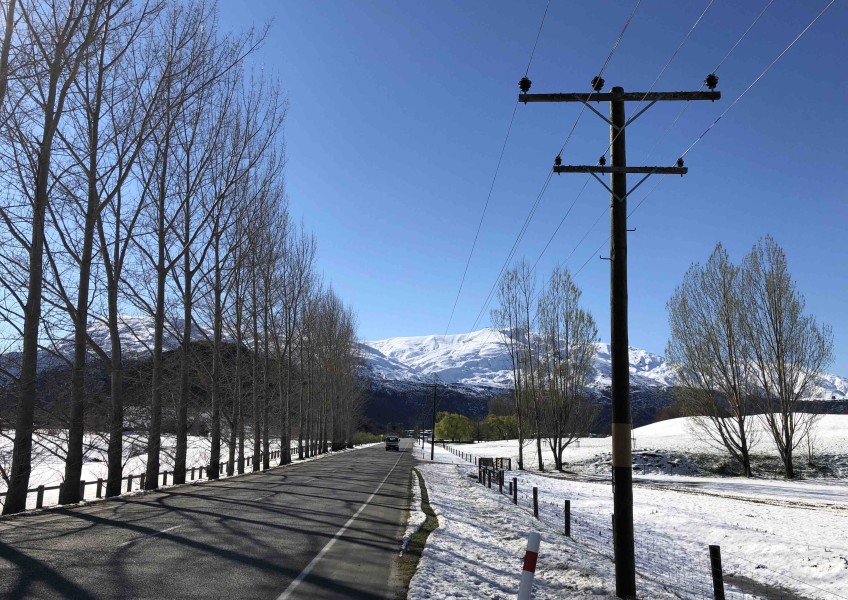 Last weekend Crux published a story featuring an estimated 200 defective power poles between Cromwell and Wanaka. Whisteblower Richard Healey claims that these poles present a threat to Wanaka's power supply. Now the same problem has been identified between Queenstown and Arrowtown.

A check today of the power lines along Malaghans Road revealed multiple blue and red tags on the power poles. A red tag indicates a pole is not structurally safe for engineers to climb. A blue tag indicates faulty equipment on the pole or trees nearby need to be cut back and cleared.

Yesterday's snow storm and subsequent power cuts have highlighted the importance of a well maintained power supply network. On the same day as the snow dump and power cuts in Queenstown the Commerce Commission announced it was taking Aurora to court for failing to provide a sufficient level of maintenance and service.

Whistle-blower Richard Healey has told Crux that he believes the cost of fixing the entire network (estimated to be up to one billion dollars), and even the $5 million plus of potential court fines, will end up being paid for by the electricity consumer. Aurora Energy is 100% owned by the Dunedin City Council. 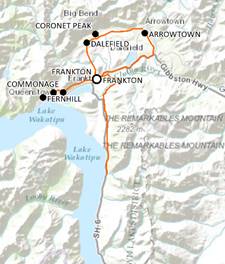 Arrowtown residents may want to count the number of red and blue tags on both legs of their power supply. One circuit is along Malaghans Road the other is from Frankton via Wye Creek and the Remarkables. Here's a map of the two circuits supplied to Crux by Aurora today.

A full response from Aurora is published below, but the Arrowtown situation will only add to fears that power pole maintenance issues could cause further serious problems to the Southern Lakes and Central Lakes power supply not just when it snows, but in the case of an earthquake or other natural event.

Here's what Aurora Energy has supplied to Crux by way of reply. In the meantime we'd be keen to gather your count of the Arrowtown power pole tags via our Facebook page.

“Arrowtown is supplied by two high voltage lines that provide an enhanced level of reliability rather than a single line. In the rare event of a fault on one line, power can rerouted using the second line.

“We are certainly aware that some of the poles that carry the high voltage electricity to Arrowtown are nearing the end of their useful life. We are systematically working our way through multi-year pole renewal programme across our network, and the poles on the Arrowtown lines will be replaced or strengthened as required as part of that programme.

“Aurora Energy is a safety-first company and invites members of the public to report any specific concerns they have regarding its electricity network and to contact us directly so we can respond, either via our website www.auroraenergy.co.nz or on freephone 0800 22 00 05.

“Aurora Energy is making significant investment in Queenstown Lakes electricity supply and more is planned to ensure ongoing security of supply and reliability.

“As we have said, we want our customers in Queenstown Lakes and across the network to have confidence in what we are doing and have a clear understanding of the condition of our network assets and what this means.

“Earlier this year, in conjunction with the Commerce Commission, we initiated a comprehensive, independent review of the current state of our network. The review by engineering consultants WSP Opus is part way through and due to be completed by the end of October. We have committed to make the findings publicly available after the report is complete.”