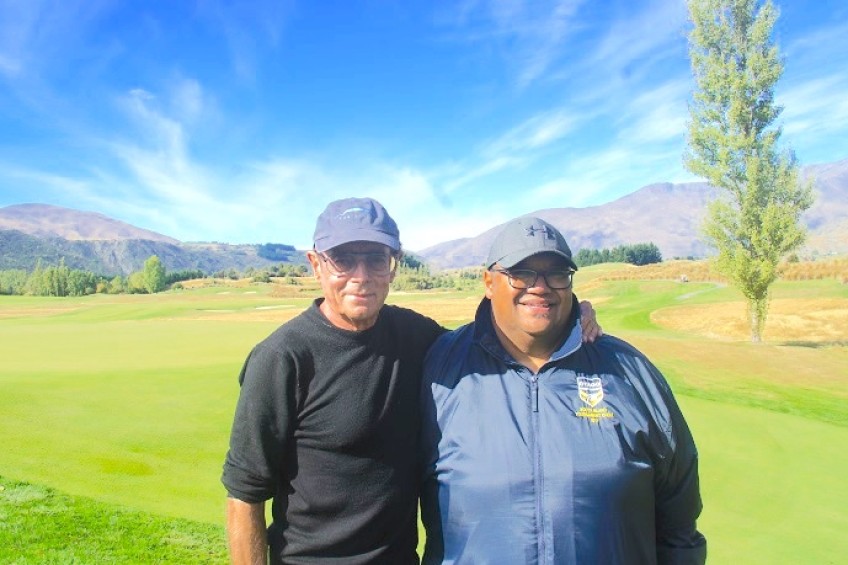 Over $45,000 has been raised for the Kate Moetaua Endowment Fund, as both members and the general public played on the The Hills golf course today. In a recent update, The Hills Director of Golf, Craig Palmer, told Crux: "I'm thrilled with the result and very proud of all who were involved including Crux - I'm sure Kate is smiling down from above. It turned out better than I ever imagined,"

It was a bluebird Queenstown day, and proceeds were already sitting at over $20k before players teed off. In March, over three thousand people voted for their cause of choice for this year’s The Hills/Crux Charity Day, and there was overwhelming support for the fund set up in memory of local teacher, Kate Moetaua.

A well-known and beloved drama teacher, Kate dedicated her life to opening up the world of performance to young people, and helping them find their way both on and off the stage. Tragically, she died of cancer in November 2018, leaving behind her husband, T (Teaukura), and three daughters, Anika, Aya and Malia.

To honour one of Kate’s final wishes, the fund has since been set up by the Wakatipu Community Foundation to support the youth of the Southern Lakes in the fields of sports, arts and culture. With the auctions still yet to run, the total proceeds from the day are yet to be tallied up, but nearly a quarter of the initial amount was donated by members who weren’t even playing today. “We feel pretty spoilt,” says Ben King from Wanaka, here with his three workmates. The group of four, all builders from Wanaka, were ‘pretty pumped’ to be playing on the famous greens for the first time.

“We’ve always been looking for a chance to play here,” says Mr King. “We saw the article, and flicked Craig (Director of Golf at The Hills) an email and he got us on.” In fact, two thirds of today’s players were non-members.

Usually a members-only course, The Hills opened the Charity Day to the general public for the first time, for $200 a player, with every cent going to Kate’s fund. Kate’s husband T says the way they’ve done this says a lot about The Hills, and a lot about the community. “It’s an awesome way to raise money, which obviously for us is the main thing, because at the end of the day, it all goes back into the local community for the youth,” he says. “That was one of my last conversations with Kate, was talking about the foundation.”

He says he and his daughters are really looking forward to reading through applications for funding that kids need. “It’s been a humbling experience to have had this opportunity, because there were some really awesome other charities that had a crack.”

Sir Michael Hill, owner of the renowned course, was amongst the players today. He says he wasn’t surprised how many people voted for today’s charity, given it was such a touching cause. “We need the arts as a community,” he says, “All great cities have that cultural background and that’s what makes a place special.”

Watch: Sir Michael Hill on The Hills Charity Day and some of the challenges facing the Queenstown community.