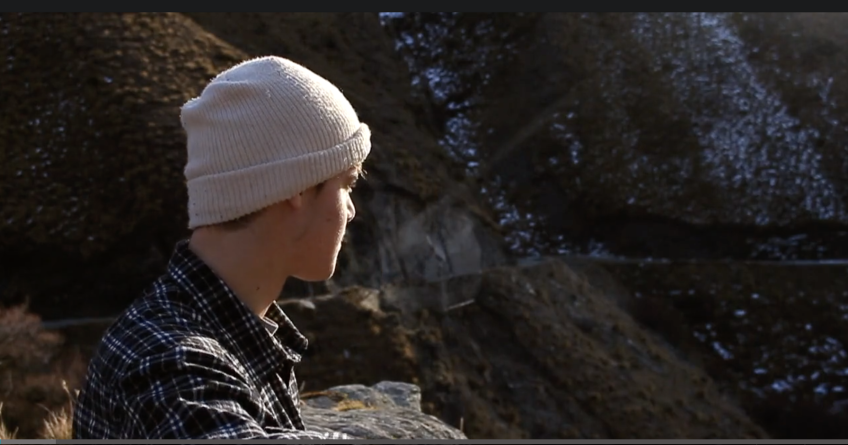 Wakatipu High School only started offering Media Studies as a subject a couple of years ago. It has become a very popular option for senior students and they are going from strength to strength, both within the classroom and beyond. Local filmmakers and Year 13 students Lachie Clark, Joel Malcolm-Smith, Ella Little and Alex Booker have finished the year with an amazing win in the ScreenTest 'Coming of Age' competition. NZ On Screen has just announced their success and the results of the competition.

New Zealand has a proud history of young filmmakers entering competitions and from humble beginnings, rising to great heights.

High school film competitions have been popular among students since the days of Spot On – which was an award-winning education-focused magazine programme for children. Many of our best and brightest directors got their start in the show’s annual ‘Young Filmmaker’ competition – think Robert Sarkies, Paul Middleditch and of course, Sir Peter Jackson.

NZ On Screen is continuing this tradition by encouraging young creatives to enter our yearly ScreenTest competition – which this year had the theme of ‘Coming of Age.’

Judge Jackie van Beek (The Breaker Upperers) had the task of choosing a winner from the shortlisted films and, after careful deliberation, she picked an entry from Wakatipu High School students, ‘Alone’.

“It had beautiful landscapes, cinematography and editing,” Jackie van Beek explains. “It also had a sensitively observed and natural performance.”

The six-minute film was made by Lachie Clark, Joel Malcolm-Smith, Ella Little and Alex Booker who are all in their final year at Wakatipu High School.

Wakatipu High School’s Head of English and Media Studies, Amanda Robinson says “Lachie had a very clear vision for his film, right from the start of the pre-production. His passion for the remote, isolated and visually stunning Skipper's Canyon area drove much of his narrative and the overall design of the film. He wanted to convey how change can grow from isolation, and he used the setting to develop this. The narrative evolved significantly over several screenplay drafts, as he reduced the number of characters and developed the relationship between the father and son to emphasise the conflict between them.”

The winning team wins a visit to a Warner Bros. International Television Production New Zealand set and will also have their short film published as part of NZ On Screen’s new Coming of Age Collection.

The Coming of Age Collection is an important one for NZ On Screen – as it includes many of Aotearoa's most beloved movies. The collection explores the joys and pains of growing up, via many angles and places, and also illustrates just how many noted Kiwi actors began working at a young age. As young Kiwi actress Thomasin Harcourt McKenzie explains in the collection backgrounder, this genre is a significant one for New Zealand filmmaking.

“Until now most of the work I have done has been in the coming-of-age genre, I guess because I have been growing up myself,” explains Mackenzie. “New Zealand is so good at making unique coming-of-age dramas on television and film (and on the internet too! — I am proud to have played Petra in Bright Summer Night, The Candle Wasters’ web series based on A Midsummer Night’s Dream.) New Zealand was one of the last places on earth to be peopled. And our filmmaking storytelling culture is pretty young, so maybe that means that we are still coming of age as a country.”

NZ On Screen congratulates Lachie Clark and his team for capturing some important elements of coming of age in New Zealand.

The competition theme for 2019 is ‘Horror’. More details about the ScreenTest competition will be released in January.

For more information on the ScreenTest competition or the ‘Coming of Age’ collection, please visit www.nzonscreen.com