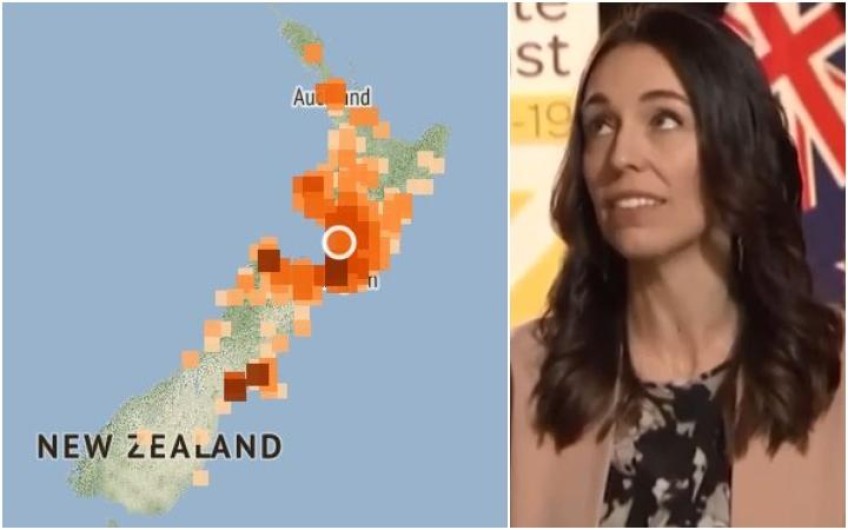 A strong earthquake has shaken much of the country.

The 5.8 quake was centred 30km north-west of Levin, GeoNet said, and was 37km deep. GeoNet had initially assessed the quake as 5.9.

More than 36,000 people, from the Far North to Dunedin, reported feeling the quake.

Trains in the Greater Wellington region are suspended while crews are doing the visual inspection of the full rail network. MetLink said this would cause significant delays this morning at least.

Buses and trains were being held at their nearest station.

There have been no immediate reports of damage.

Horowhenua District Council says there has been no call from Civil Defence to evacuate properties.

There had been reports that residents on Waitārere Beach had been leaving their homes.

Council staff are out checking for damage in Horowhenua.

GeoNet said the earthquake was too small to generate a tsunami.

GNS Science duty seismologist John Ristau said the quake was not unusual, but often they're much weaker.

There have been smaller tremors of around 3.5 to 3.7 magnitude.

Prime Minister Jacinda Ardern was being interviewed on Newshub's AM Show when the quake hit.

"We're just having a bit of an earthquake," she said.

"Quite a decent shake here, if you see things moving behind me.

"The Beehive moves a little more than most.

"I'm in a structurally sound place."

Not what we need right now #eqnz

Matthew Rollinson, owner of New World supermarket in Levin, said some customers were ducking for cover, and he felt lucky there was no major damage. He said a few jars and some fire cleaning product came toppling off the shelves, but nothing serious.

Levin local Davey Hughes said it felt like his hilltop home did a complete 360 degree turn. Hughes said he wasn't hurt just had a few broken vases to clean up around the house.

Main Image: Prime Minister Jacinda Ardern was being interviewed on Newshub's AM Show when the quake hit. Photo: GeoNet/Newshub