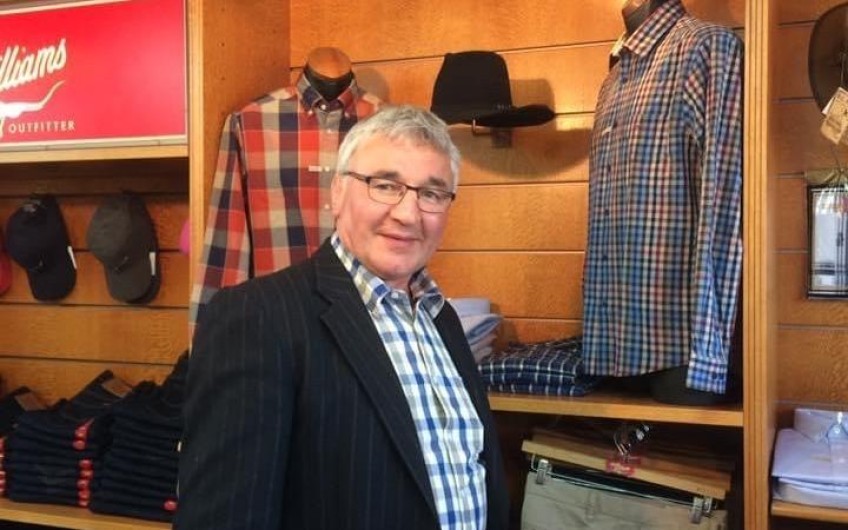 Landlords unwilling to renegotiate leases, fewer locals coming into Queenstown's town centre and the economic effects of Covid are making it harder for businesses to survive in the resort town, according to a departing retailer.

After nearly 30 years in business Queenstown retailer David Anderson is shutting up shop, saying without the steady flow of international tourists, especially Australians, and with no sign of the border reopening, staying in business was not viable for another year.

Anderson, who is the owner operator of the men's clothes shop Anderson Outfitters in Queenstown is closing when the lease ends at the end of March, after 28 years.

While not a tourist business Anderson said Covid's decimation of the country's international tourist industry has had a big impact on his business and so has negotiating his lease.

"The agent that works for the landlord seems to think nothing has really happened in the town and everything is fine and it's just not that way. Queenstown has been built to handle overseas tourists and we need them to actually make it work."

Anderson said there are many landlords in Queenstown who have been good to their businesses and had given 50 percent rent reductions.

"Those guys have been very good and will have the support of their tenants. But there are others out there who think they can tap us and think the money will flow out.

"They need to have a decent look at what they're doing to the town and to businesses because quite frankly I don't think there will be that many people lining up to start a new business in Queenstown.

"They need to realise if we're taking a cut, they need to take a cut. They've had it pretty good and perhaps they just need to have a good hard look at themselves."

Anderson said that the border closure is not the only factor in Queenstown trying to survive. Large retail hubs built in recent years near the airport and Frankton have meant that locals do not need to go into town that often anymore, so incidental spending is spent elsewhere too.

There is also the debate about the over reliance on international tourists in the town and how to change that.

"I know a lot of locals are saying 'we're over tourists and there's too many internationals' and that may have been true but we still need them. They are the people coming that have actually facilitated the development of the bars and activities in town that people love to come to Queenstown for."

He said while the domestic market has been good, it's not enough to sustain the rents and costs in the town.

"It's time to retire and maybe I just don't want to sit here over another cold winter in Queenstown with the doors open waiting for people to come in that actually aren't out there. Even some days in summer we looked out in the street and there's just nobody there."

He said the next several months, normally a very busy time for the town, will be crunch time for many other businesses.

"There's been a few businesses that have gone already. Queenstown does make a lot of money through tourism from January to April and if it's not there, they're going to face a pretty long winter. There's going to be some tough decision making then."

Anderson said calls for more financial assistance from the government is not the silver bullet either.

"I don't think it comes to financial assistance, we are a business and we have to deal with these things. The wage subsidy was good but quite frankly once that ended a lot of businesses laid off staff.

"The only solution is getting that Australian border open and not having to quarantine."

Anderson, who with his wife Diane, plan to stay in the town, said he will miss the conversation with regular customers who visited the town, shopping with him for years, especially the Australian tourists.

"We might like to give the Aussies a bit of stick but at the end of the day they are very good people to have a yarn to, they're good tourists. We really are missing the Aussies."