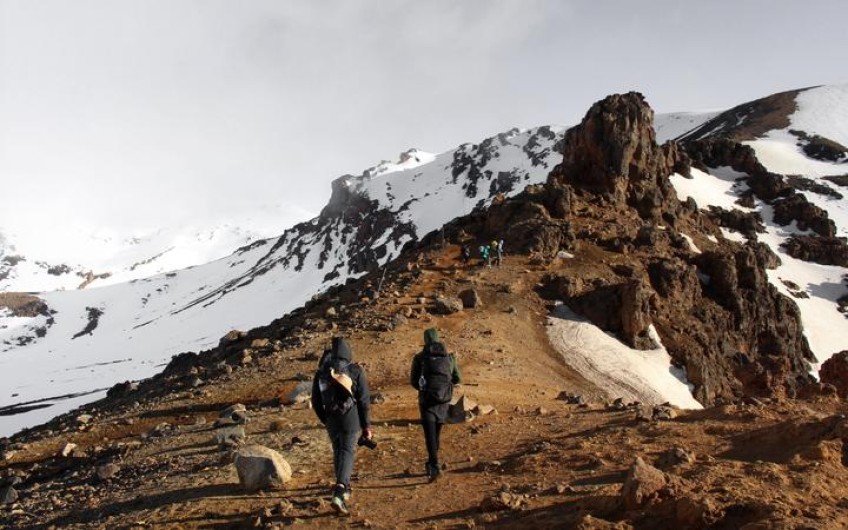 No plan to tackle environmental degradation by increased tourism - Commissioner

The Environment Commissioner says the government and the tourism industry have no clear plan for dealing with the likely environmental degradation from ballooning tourist numbers in the coming decades.

New Zealand sells itself as having a pristine, clean green environment.

But a report from Environment Commissioner Simon Upton said the popularity that image has created among tourists was putting New Zealand's environment in peril.

It said about 4 million visitors come to New Zealand every year - but this number could increase four-fold by 2050.

"In selling access to these experiences tourism risks becoming an extractive industry in its own right and inexorable growth in numbers could risk an irreversible decline in both environmental quality and human experience of it," Mr Upton said.

"We need to ask 'are we in danger of killing the goose that laid the golden egg'?"

He said the government had been a key player in the industry for decades.

"Having allowed successive governments to create this industry, New Zealanders I think have every reason to call on governments to help manage its impacts."

It said the biggest change in tourist patterns has been the huge numbers of people drawn to iconic sites - such as Milford or the Tongariro Crossing - and the government has taken a hands-off approach to managing these areas.

Local Government New Zealand said the government has passed the buck onto local councils to deal with the impacts of swelling tourist numbers at these sites.

The report said there needed to be significant investment in tourism infrastructure - such as roads and airports - to deal with the demand, but that current policies did not mitigate their environmental impacts.

Tourism Industry Aotearoa head Chris Roberts said he agreed with the commissioner that business as usual was not an option.

But he said the report underplayed the sector's commitment to sustainability.

"We're not shirking our responsibility by any means. And we know we have to come up with new answers that will ensure that we have the very best tourism industry in New Zealand, right out to date like 2050."

Other dangers to the environment and the industry include biosecurity hazards from visitors that could harm New Zealand's ecosystem, sea level rise and climate change.

The country's glaciers were in decline with only remnants remaining by the end of this century, the report said.

Visitors could be deterred from coming here because of "flight-shame" - people choosing not to fly for ethical reasons.

But Upton said there was a fundamental question about whether the tourism industry - which relied on international travel - could continue to exist in the face of the need to cut emissions to combat climate change.

"But at the global level, there have to be serious doubts about whether tourism in its current shape and form can continue if we are to have a chance of heading off the worst consequences of climate change.

"That's the very uncomfortable truth of the matter I think."

However, the report made no recommendations about how to address these issues, with Upton now seeking feedback from the public and tourism industry, before releasing another report with recommendations next year.

The Ministry for Business, Innovation and Employment, DOC and the Ministry for the Environment said in a joint response they were already working to mitigate the impacts of tourism on the environment, and the report will be blueprint for the the sector.