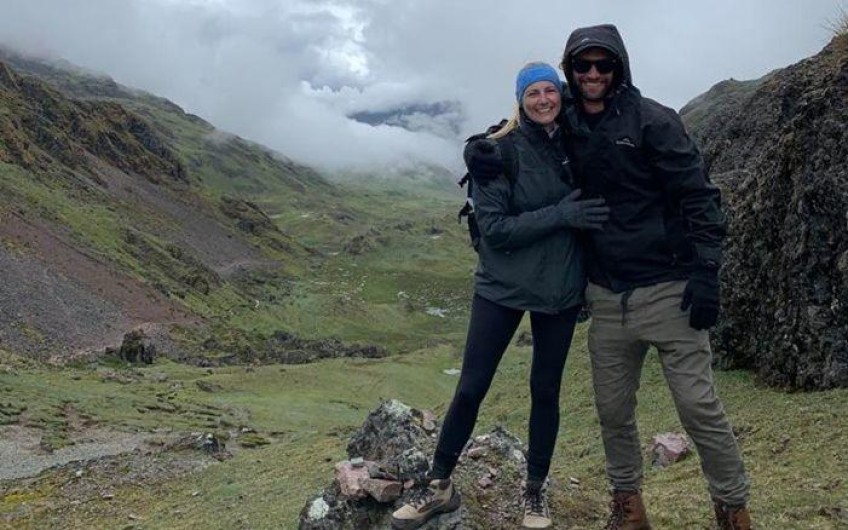 New Zealanders stranded overseas say government intervention is their "only hope" of returning home amid the Covid-19 pandemic.

For the first time, the government has raised its travel advice to the highest level advising New Zealanders against travelling anywhere overseas.

But some New Zealanders say direct government intervention is now their only way of getting home.

Bridget Prior and her husband Thomas Giles were in Machu Picchu when they heard international borders were shutting down last week. They immediately cancelled the rest of their five-month trip and started to plan a way home.

But Prior said when they were given just 24 hours to leave Peru, finding a way home became impossible.

She said they were among a mass of people trying to book flights at the same time, which was "apocalyptic".

"We stayed up the entire night just persistently trying to book flights online but they just crashed so then we turned up to the airport as soon as it opened at 4am the next morning.

"There were hoards of people there and we managed to actually have one flight booked from Cusco to Lima and when we got to the front counter they simply told us it was cancelled."

She said they were handed hand-written boarding passes 10 hours later and flew to Lima, where they planned to catch a connecting flight.

However, on arrival they were told there were no flights and they had to go to be quarantined at a hotel.

"So we've been advised not to leave our rooms but you can go once a day by yourself to the supermarket to get food, however, rules seem to be tightening each day as the cases go up," Giles said.

The couple are now in lockdown in Lima and must wear masks and take their passport and hotel key when leaving their room once a day.

"Out on the street right now obviously there's not many people out because everyone's meant to be in their rooms. There's just a few people with shopping bags.

"Then there's a whole bunch of police with machine guns. It's that sort of intimidating environment' announcing things through speakers in Spanish and aggressively trying to push you along."

Peru's borders will be closed for at least 15 days and all air and sea travel has been suspended. But its government is allowing some charter flights in to rescue tourists.

Prior said she was worried Lima would not have any commercial flights available if the border ban is lifted.

"Our only hope of getting out of here at this point is if our government communicates with the Peruvian government, obtains permission and is able to arrange some sort of flight out.

"We're very happy to pay for that. We are in no way expecting tax payers dollars to pay for our way out but it's totally out of our hands now."

Stuck on a cruise ship

Rose Anne MacLeod is onboard a Norwegian Jewel cruise ship travelling around the Pacific. There are no cases of covid-19 onboard, but passengers are desperate to disembark and return home before borders close.

But finding a place for the ship to dock is proving difficult.

It was set to dock in Fiji and then Tahiti, before both countries banned cruises in its waters. Passengers on board had already booked flights home from both locations before the ship was banned.

It is now en route to Hawaii and MacLeod hopes she'll be able to fly home from there.

"I don't know, if we get off that boat and we don't have flights I don't know where we're meant to go, I really don't know. Are we going to be taken into a detention centre or something? Who knows. The not knowing is probably the most stressful part of it."

Some New Zealanders overseas have been able to book travel - but whether they will make it here isn't certain.

Mollie Fox Fraser, who has been living in London for the last 18 months, said she initially had no intention of coming home.

But she booked flights after the government urged all New Zealanders travelling overseas to return.

She's set to travel back on an Emirates flight via the Middle East tomorrow but said she's worried border closures and flight cancelations will prevent her from getting here.

I know that anything could happen while I'm in the air and I could get out and then be stranded or have to come back."

Ruby Dean is in lock down in Lanzarote, one of the Canary islands off the coast of West Africa, has managed to book flights home but won't feel safe until she's landed in New Zealand.

"I booked my flights yesterday morning and I checked around midday to see if my flights were going ahead and from London to Qatar was cancelled and they had to change my flight so like I say I probably won't be calm until I'm on New Zealand soil."

Key details and developments from Wednesday Kiwi backpacker races border closures to get home Self isolation - your questions answered Touching your Face: Why do we do it and how to stop Coronavirus: Answers to the top five questions Scientific hand-washing advice to avoid infection More Covid-19 news Government working to get kiwis home

Foreign Affairs Minister Winston Peters says the government is working on plans to get all New Zealanders home - including possible mercy flights.

"We've got to anticipate that if we've got a whole lot of people offshore who can't get home they may be all assembled in one place where we can get a plane to them and bring them home and go through all the security measures at the same time.

"Now what I'd say to a lot of New Zealanders who are saying 'look we don't want those 80,000 back' put yourself in their shoes. They're New Zealanders, they're fellow countrymen and women, their members of your familly and we've got to think bigger than that."

Peters said anyone who still planed on travelling out of the country was selfish and should reassess their plans for the greater good of everyone.