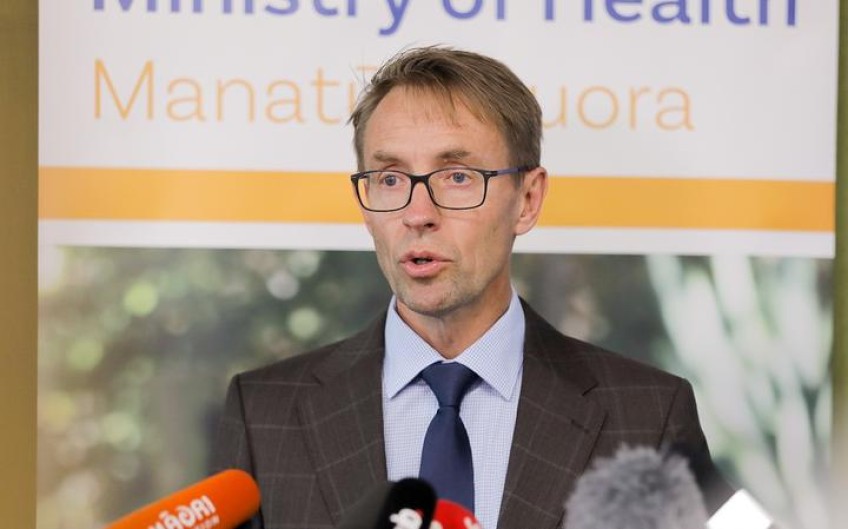 Work on determining whether community transmission of Covid-19 in New Zealand is still ongoing after 14 new cases of illness were confirmed today.

At a media conference in Wellington this afternoon, Ministry of Health Director-General Dr Ashley Bloomfield said five of the new cases were in Auckland, one in Northland, one in Canterbury, two in New Plymouth, two in Waikato, one in Tauranga, one in Coromandel and one in Dunedin. It brings the total number to 67.

They are all in self-isolation and their close contacts have also been identified and told to self-isolate.

Eleven have a history of international travel, while one is a close contact of a confirmed case.

Two were attendees at the World Hereford Conference in Queenstown from March 9-13 and the cases were being linked with international travel, and not due to community transmission.

Just over 1200 tests were carried out yesterday, bringing the total to 6000.

Yesterday, 13 new cases were confirmed, two of which could not be immediately linked with international travel. Dr Bloomfield said work was still ongoing to determine whether these should be classified as cases of community transmission.

"Our further investigations of these two cases have still not identified a firm link to overseas travel," he said.

"Just for clarity, community transmission is when we cannot confirm exactly where the infection came from.

"As we investigate these cases further, including close contact tracing, this increases our understanding of what the infection pathway might have been and we can then communicate with anyone who was a close or casual contact and ensure appropriate action is taken."

There were four probable cases, where tests had returned negative but officials believed they had Covid-19.

Two cruise ships - the Ruby Princess and Celebrity Solstice - had recently visited New Zealand and both had confirmed cases of Covid-19, he said.

"We are asking any passengers on those two ships, who left the ships during their stay in New Zealand to self-isolate for 14 days since they last had contact with other ships' passengers and to be aware of symptoms and seek advice if they do develop symptoms."

Details of the movements of both ships could be found on the Ministry of Health's website.

Health officials were in direct contact with New Zealanders who were onboard the two vessels.

Dr Bloomfield said the country's response to the Covid-19 remained at level 2. It reflected the disease was contained, but that the threat of community transmission was growing.

At level 2, those aged over 70, those with chronic respiratory illnesses and people with compromised immunity, were asked to stay at home.

Dr Bloomfield said he had a message for these people: "We know many of you are fit and healthy and living active lives, but the older we are, the less our immune system is able to fight off this virus and indeed other viruses for infections and we have seen from overseas that older people are at more risk of serious complications.

"So we are strongly encouraging you, in fact urging you, to be aware of the need to stay at home and not to have contact with others."

These people should ask friends and family, and particularly children, not to visit.

Earlier today, Finance Minister Grant Robertson said the government would move to the next two phases of the Covid-19 alert levels, if two yesterday's confirmed cases were proven to be the result of community transmission.

A level 3 alert status recognises a heightened risk that the disease is not contained and demands that authorities further restrict travel and public gatherings.

A host of public venues would face closures, including gyms, libraries, museums, food courts and pools.

Some non-essential businesses would face closure too.

Dr Bloomfield said Healthline was overloaded and he pleaded with people to use it properly. It was not there to give general advice, nor to offer information about self-isolation, he said.