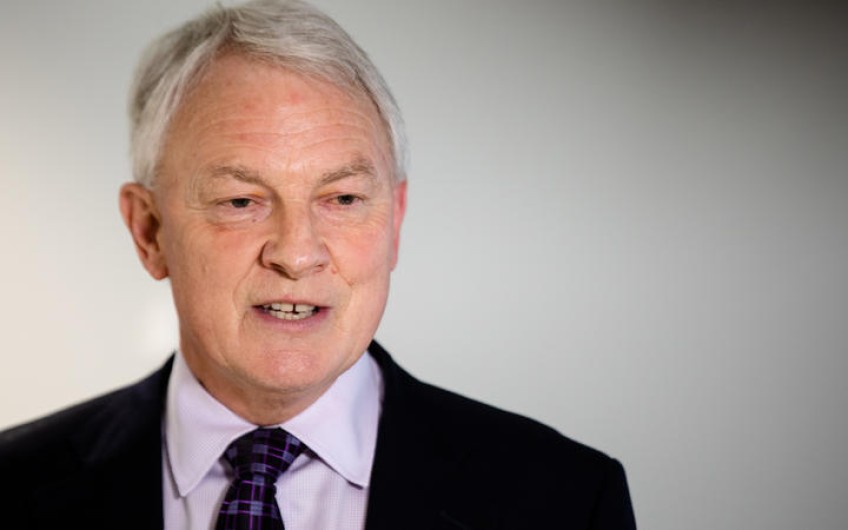 Auckland Mayor Phil Goff says the whole city should be prioritised for the Covid-19 vaccine rollout, over other parts of the country that are at less risk.

Goff welcomes the government's indication that South Auckland will be prioritised, but he says the rest of the city should follow.

"Auckland's fourth level 3 lockdown highlights the fact that the city is at greater risk of community transmission than any other city or region in the country," he said.

Earlier this morning, Prime Minister Jacinda Ardern revealed the new community cases in Auckland had contact with another family during the level 3 lockdown earlier in February.

"We have now confirmed how our latest case M and N came to be infected with Covid-19. That is because they had contact with another family that we had identified as part of the Papatoetoe cluster during level 3."

The PM has acknowledged this morning that she understand why evertyoen is angry over the recent lockdown breach in Auckl;and.

Contact between the families was not disclosed to contact tracers prior to the earlier family going into quarantine, Ardern said.

She could not say why that was not disclosed, but it now explains how the infection came about.

"We have now confirmed how our latest case M and N came to be infected with Covid-19. That is because they had contact with another family that we had identified as part of the Papatoetoe cluster during level 3. Unfortunately this contact was not disclosed to our contact tracers prior to the individuals going into quarantine.

"Obviously very frustrating information ... because this happened in a level 3 environment.

"I cannot tell you what the cause of that was from those that were originally interviewed because of course those interviews would have taken place before this family went into quarantine over a week ago.

Ardern said she did not believe there was any wilful decision to ignore advice.

There were two family members in the latest cases, and the contact was not the 21-year-old but the other case, Ardern said.

Ardern said there were already fines and the ability to take enforcement action.

"Those decisions are made by police."

She said the most important consideration was getting the truth quickly.

"Everyone is angry. I absolutely accept that people want to see repercussions. At the same time, how do we make sure people tell us the truth, because there is nothing more valuable to us that knowing in these scenarios where contact has occurred."

Multiple people in the February cluster have flouted the self-isolation directives including the 21-year-old in the latest cases who visited several numerous locations while potentially infectious.

Some are now suggesting electronic monitoring, police or military checks, and fines to crack down on these cases, but Jacinda Ardern isn't convinced.

Ardern said electronic monitoring, for example, would not have made a difference in this case given the first family was already identified, tested and in quarantine.

"Someone said to me 'I'm in the seven stages of grief and I'm lingering on anger'. I totally get that. But it won't change where we are, we have to fix the situation, right it, and get these restrictions lifted again."

Ardern said it was not the wrong decision to lift the first February lockdown because contact had occurred in level 3.

No one would have accepted a continual Auckland lockdown for 21 days, she said.

On whether Auckland's level 3 will have to go beyond a week, Ardern said one of the concerns was the mount of exposure the 21 year old had while potentially infectious.

"We make sure we leave five days because you don't generally get positives if you test too early.

"Once we start getting results first from some of those close contacts we'll get a bit of a sense of how this outbreak is behaving."

She anticipates level 3 will run for the full seven days and decisions on changing alert levels will be made as evidence comes in.