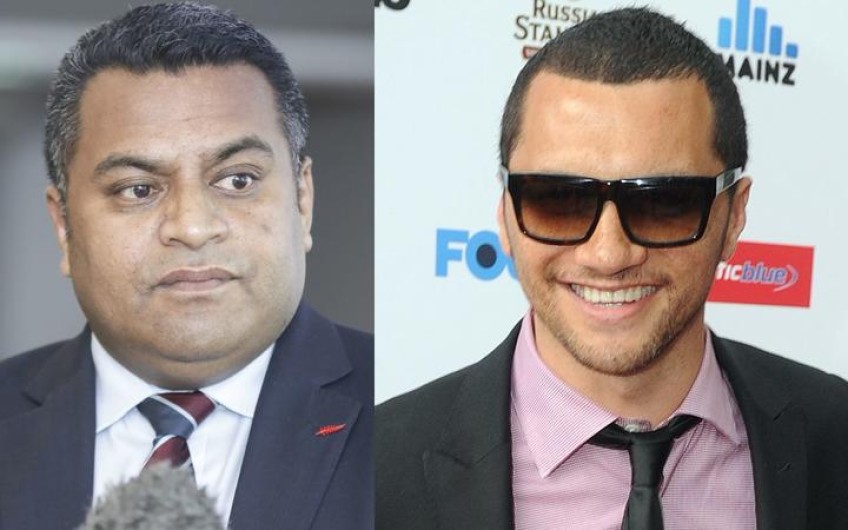 Cabinet minister Kris Faafoi has apologised to the Prime Minister for his messages to Jason Kerrison regarding an immigration case, but will not lose his job.

Mr Faafoi is in hot water after Newshub published messages between him and the Opshop frontman, discussing the musician's step-father's declined immigration case.

The messages show Mr Faafoi promising to talk to people who can speed things up - but later saying he can't put anything in writing.

Speaking to media this afternoon, he said he had been given a "stern talking to" from the Prime Minister, but did not break the rules.

"I said some dumb things, but I did not do the wrong thing."

Mr Faafoi said his texts to Mr Kerrison - who he described as an old friend family - were "untidy and dumb" and the unguarded exchanges were motivated by a desire not to let a mate down.

Mr Faafoi said he was told by advisers he could support the case, but could not advocate for it. He said he therefore didn't write any letter to Immigration New Zealand and instead got in touch with the musician's local MP Matt King, who agreed to champion the case.

"I gave him the impression things were happening when they were not," Mr Faafoi said.

Although Mr Faafoi said he didn't expect Mr Kerrison to go public, he would take it on the chin and hoped the pair could still be friends. He again apologised to the musician and his family for offering false hope that he'd intervene on their behalf, when he knew that he wouldn't do so.

In a statement released earlier, Mr Faafoi acknowledged his correspondence with the musician was "messy" and could create a bad impression, but he said he took "no actions" to advance, influence or advocate for Kerrison's family's case.

"I can hand on heart say I wasn't doing anything to advance the case, and the messages just reflect me not wanting to let a mate down. In hindsight I should have been clearer with him," Mr Faafoi said.

"I know I need to be more upfront in the future about what I can and can't do if I'm approached for help."

In a separate statement, Prime Minister Jacinda Ardern said she maintained confidence in Mr Faafoi, but had informed him she expected better.

"While Kris's communication didn't have the clarity I expect, the Minister has assured me he never actually took any actions that sought to influence the case.

"Given that, this is not a case where the Minister has failed to manage a conflict of interest appropriately."

Nevertheless, the text messages had created an "unhelpful impression" that the Minister might assert some influence over the case, she said.

"While it may be more comfortable for Ministers to give the impression they are helping, I would rather they were upfront and tell people if they can't assist and give them the reasons why, and point them to someone who can help," Ms Ardern said.

"I've told Minster Faafoi I expect better from him."

The Minister's office has published the full correspondence between the minister and musician, some of which was published by Newshub yesterday.

The messages show the singer asking Mr Faafoi for help in October after his step-father's partnership visa application was declined.

Mr Faafoi promised to "talk to the people that can speed things up" and later wrote: "Bro, its [sic] moving. I can't put anything in writing."

The Minister said the only action he was to contact Kerrison's local electorate MP Matt King on the advice of the Associate Immigration Minister's office.

Mr Faafoi also contacted Mr Kerrison's mother to offer to write a supporting letter, again on advice, but never wrote or sent it.

"I stupidly created an impression through my messages that I was following up on it when in fact I wasn't. I was uncomfortable with him messaging me pretty regularly on it and you can see I stopped responding to his texts," the statement said.

"In hindsight I should have just been clear and told him I couldn't help and just to deal with his local MP."

In a separate statement, Immigration New Zealand (INZ) confirmed no Ministers had attempted to influence its decision-making.

"INZ has no record of any representations or involvement by any Minster or Member of Parliament," INZ general manager Nicola Hogg said.

The department said Kerrison's step-father was declined his partnership visa as he did not provide sufficient evidence to prove he met the requirements.

National leader Simon Bridges this morning told RNZ that if Mr Faafoi had intervened to help a friend, it would be a conflict of interest and sackable offence.

"If it's proven, under a government I led, he'd have to be gone."

But Mr Bridges acknowledged that it would be entirely appropriate for Mr Faafoi to refer the matter to a local MP.

In one message, Mr Faafoi told Kerrison he had a plan: "I am going to enlist the help of a MP up your way. If I deal with it directly I have a conflict of interest."

A National Party spokesperson confirmed the minister had contacted its MP Matt King on 11 October to tell him Kerrison's mother "needed help on an immigration matter".

"Matt King told Mr Faafoi that Jason Kerrison should contact his office. His office was never contacted," the spokesperson said in an email.

The Cabinet manual states that: "a conflict may arise if people close to a Minister, such as a Minister's family, whānau, or close associates, might derive, or be perceived as deriving, some personal, financial, or other benefit from a decision or action by the Minister or the government."