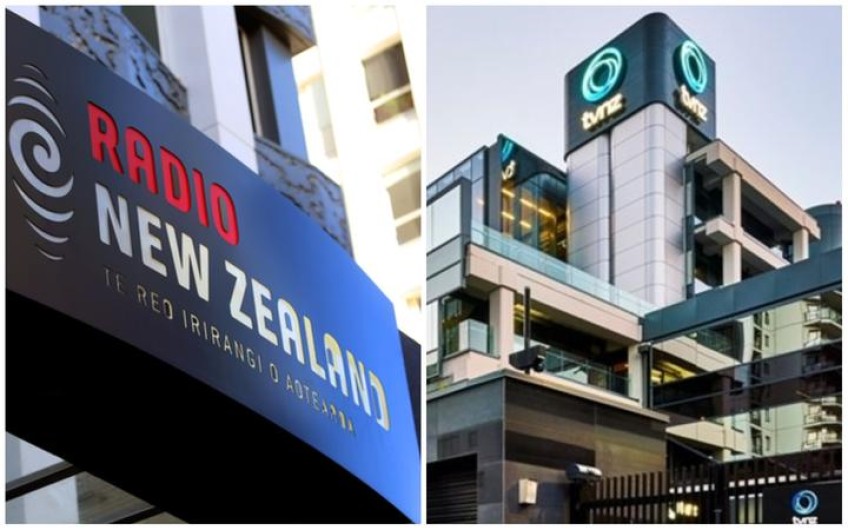 The fate of RNZ and TVNZ may soon be in the hands of Cabinet ministers, with a proposal to disestablish both broadcasters and create an entirely new public media entity.

The coalition government has been grappling with what to do with public broadcasting in New Zealand, and now there's a greater sense of urgency with the media industry under real financial threat.

Labour campaigned on RNZ+ with annual funding of $38 million in 2017, but that was canned after the resignation of Clare Curran as Broadcasting Minister.

The portfolio was handed to Kris Faafoi, who has signalled a different approach to public broadcasting.

An advisory group, with representatives from both media companies and a range of public service agencies, was set up to look at future funding options.

RNZ understands there were three options: merge the RNZ and TVNZ newsrooms, put more money into New Zealand On Air, or the third, preferred option now heading for Cabinet - most likely in early December.

The advisory group concluded the status quo was "unsustainable" and "collectively recommended the government agree to disestablish TVNZ and RNZ and to establish a new public media entity".

There are guidelines for how it would operate, including having a "clearly defined public media mandate and purpose, with the core functions of a globally recognised public media entity".

It would provide public media services across a variety of platforms, "some of which may be advertising free". TVNZ earns revenue from advertising but RNZ is commercial free.

The new entity would have a "mixed funding model" that would be funded both directly from the Crown, and from a range of "non-Crown" sources including advertising, sponsorship and subscriptions.

It would operate as a not-for-profit, and would have "statutory protection for editorial and operational independence".

Details about the proposal were provided by a source outside of RNZ.

This is still at the very early stages. The paper for the Cabinet committee to consider has to be drafted; if it gets through Cabinet committee it then goes to the full Cabinet. Even then it would be a high-level decision to proceed, with a business case and details such as the cost and the timeframe all to be finalised sometime next year.

It would likely be done over a number of years if Cabinet did agree to push ahead, potentially over a three- or four-year period.

All of this is happening against the backdrop of a commercial media industry struggling with diminishing revenues which are haemorrhaging advertising dollars to online giants Google and Facebook. That in itself presents a problem in a democracy - how to fund a robust news media.

Commercial players have been loudly critical of the current model and what they describe as a "polluted" and unfair playing ground.

MediaWorks recently put its loss-making TV channels up for sale: Three, Three Life and Bravo. Media companies have been lobbying the government for some for time about getting more money to support their news operations, and about the way TVNZ operates in the market.

Rival player Mediaworks has publicly criticised TVNZ for being aggressively commercial "at the expense of the industry". The solution, says Mediaworks chief executive Michael Anderson, is to make TVNZ's main channel TVNZ 1 non-commercial, arguing that would boost his company's bottom line and its medium-term prospects immediately. The criticisms were intensified with news TVNZ would post a $17m loss and not be returning a profit dividend to the government any time soon.

The issues are many and substantial: the very survival of major industry players, ensuring a diversity of news sources - both commercial and publicly funded - determining the appropriate role of the government in this space, and the political risk of disestablishing two iconic New Zealand media companies.

One major consideration for ministers will be the cost. This will not be a cheap enterprise and the government would be expected to stump up with a large amount of money as a key part of creating a new entity. Ministers will have to think about whether there should be allowance in the 2020 election year Budget, or start to draw down on 2021.

RNZ chief executive Paul Thompson - a member of the advisory committee - was approached about the proposal but would make no comment.

Broadcasting Minister Kris Faafoi was also approached for comment. He would only say through a spokesperson "the government has yet to consider any options".