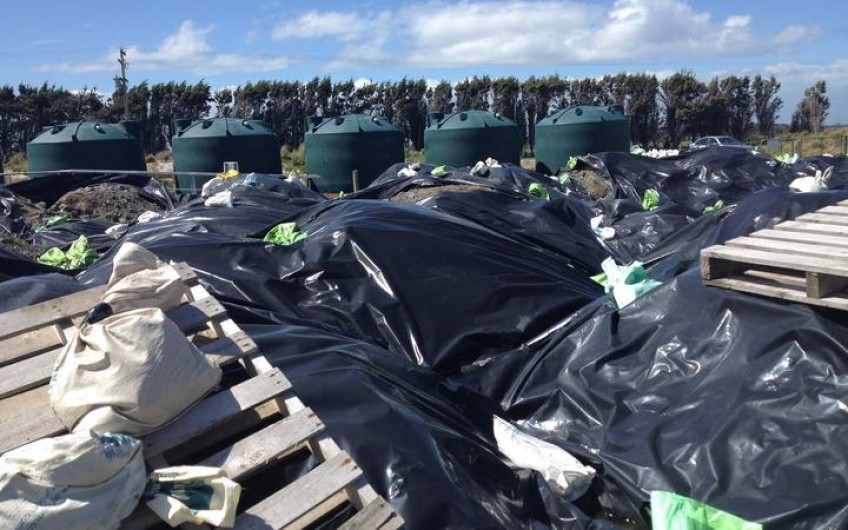 At least 2900 tonnes of toxic aluminium waste has been removed from a paper mill at Mataura.

Ouvea premix - or dross - is stored in loose bags around Southland. Photo: Sort out the Dross facebook page

The hazard from the stored dross and ouvea premix, which give off dangerous gases if they get wet, was exposed by the river flooding a year ago.

The Gore District Council said a further 7100 tonnes should all be shipped back from Mataura to the Tiwai Point aluminium smelter by the end of May.

However, there is also another 12,000 tonnes of the waste stored in various warehouses around Southland.

This would be "progressively removed after the ouvea premix from Mataura has been processed and disposed of," chief executive of Gore District Council, Steve Parry, said.

The council had a contract with Australian dross processors, Inalco, under which "full removal from all warehouses is probably four years away," Parry said.

"That stated, the risk in the other warehouses is considerably less than what is posed in Mataura," he said.

Taxpayers and the Tiwai Pt smelter company New Zealand Aluminium Smelters are each paying about $500,000 to speed up the removal from Mataura.

The dross is a form of metal-rich scum off the top of aluminium processing pods, that is processed to remove the metal into a product that can then be converted into other materials, including ouvea premix, itself a hazardous substance.

The company that got the dross from the smelter to convert it into what it said would be a fertiliser, went bust.

The smelter was part of a 2018 deal including local and central government, to spend $1.75m getting rid of all the waste.