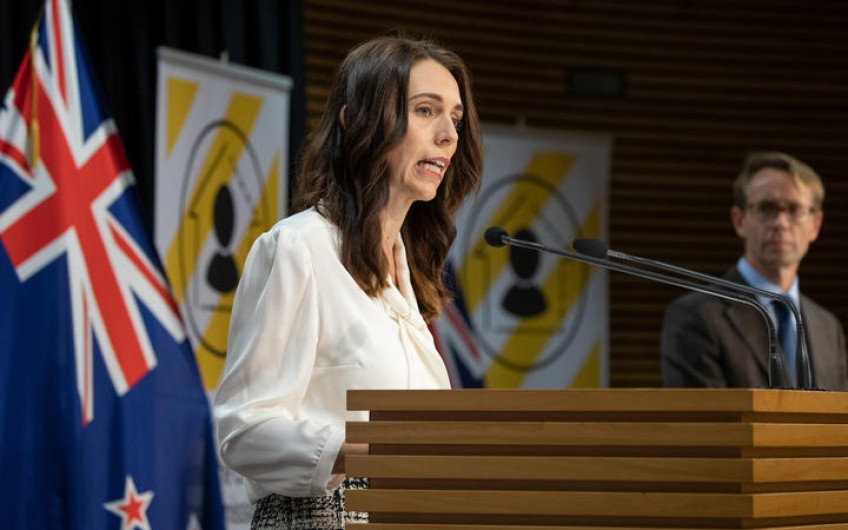 Three new cases of Covid-19 have been reported in New Zealand in the past 24 hours, with the Health Ministry also confirming two further deaths from the coronavirus.

Director-General of Health Dr Ashley Bloomfield said there were two new confirmed cases and one new probable case of Covid-19.

Despite the three new cases, the total number of confirmed and probable Covid-19 cases remains at 1451, Dr Bloomfield said.

"There were three cases we reported yesterday who were confirmed cases off the Greg Mortimer ship, where people had been repatriated from Uruguay, however we understand that their original testing was done in Uruguay and we are checking with the authorities there as to whether they have already reported them to the WHO to make sure the World Health Organisation totals are accurate."

Twenty-nine people have recovered from the coronavirus in the past day.

Dr Bloomfield said one of the two new deaths was a female patient in her 60s who died in intensive care in Dunedin Hospital and had a underlying health condition. He said arrangements were made for her family to be with her last night as she passed away.

The second death was a resident at Rosewood Rest Home, who was in his 70s and passed away in the hospital wing of Rosewood, as he had not been transferred to Burwood Hospital. He had an underlying condition and while he had tested negative for Covid-19, he was treated as a probable case, Dr Bloomfield said.

"If you think about the unit in which the infection happened and the people who were transferred to Burwood, these are people with quite advanced underlying conditions anyway and so we have seen further deaths, as I alluded to might happen, and there may well be others," Dr Bloomfield said.

Prime Minister Jacinda Ardern said the growing number of deaths linked to the Rosewood cluster showed how some groups were more vulnerable to the effects of the coronavirus.

"Certainly it is the case that there are obviously a number around Rosewood that have been identified as having contracted Covid-19 and devastatingly, of course, you're seeing then the impact of that on a vulnerable community and so when we saw those initial deaths, it's obviously indicative of the fact that when it reaches those vulnerable communities it is devastating."

There are currently eight people in hospital with Covid-19, one is in ICU in Middlemore Hospital. There are still 16 significant clusters.

Dr Bloomfield said hospitals will remain open for emergency and acute care heading into alert level 3. Some elective services, including surgery and radiology, will be provided under alert level 3, with more details will come. In age residential care, only visits for compassionate and palliative reasons will be considered and that will be on a case-by-case basis.

Laboratories processed a record 6480 tests yesterday and have now processed a total of 101,277 tests for Covid-19.

Dr Bloomfield said cases that were being treated as probable, despite a negative test, did not mean the testing system was flawed.

"A negative test, for example sometimes we've seen cases that are still classified as probable even though they may have had repeated negative swabs and that doesn't reflect a problem with the testing, and I think it underscores our inclusive approach for making sure we are capturing and treating any probable case as if they were a case, and acting accordingly."

She said DOC land was closed for all activities at level 3.

Ardern said the duck hunting season - set to begin on 2 May - will start on the second weekend after New Zealand moves to alert level 2, and the season will be extended.

"Hunting will be able to resume normally in level 2, once we get there. But today is not that day."

Ardern also said Civil Defence authorities had been working hard to make sure they were meeting needs where it exists.

"So on the ground, 16 local Civil Defence groups are doing what they do best.

"While Covid-19 may seem like a different emergency to what we've dealt with in recent years, like floods and fires, the role of Civil Defence is very much the same."