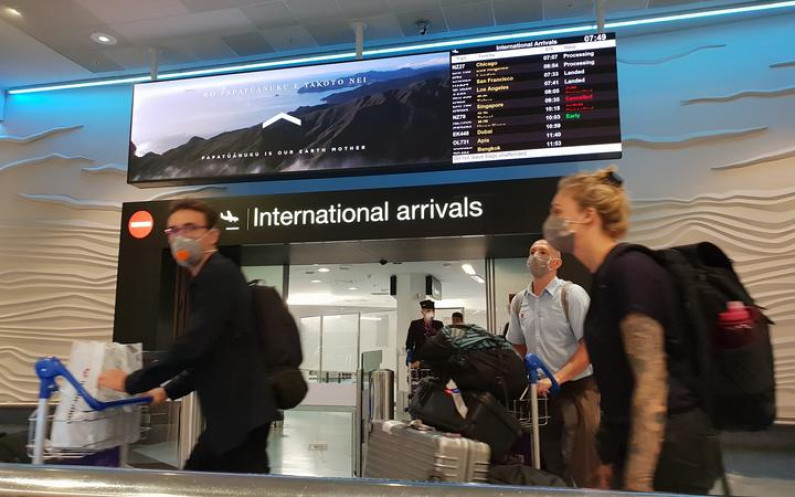 Changes to resident visas, border exceptions for those overseas

The government has announced it is adding more categories under which people can apply for border exceptions, along with changes to extend or renew residency visas for some stuck overseas.

From early October, new categories will be open for some temporary work visa holders and partners of New Zealand citizens or residents based here - but only those who are Australian citizens or citizens of visa waiver countries living outside of the country.

In a statement, Minister of Immigration Kris Faafoi says the partners and dependent children of visa holders will also be able to apply for this exception, but the visa holder must have retained their job or business here.

They must also demonstrate they still have ties here "with realistic prospects of remaining here long-term", he said.

Up until now, the priority has been for New Zealand citizens and permanent residents to be given space to return, with the current capacity in managed isolation standing at about 7000.

Faafoi says there is now space in managed isolation facilities to accommodate for people who fit this criteria, alongside returning citizens and permanent residents.

The government expects up to 850 visa holders may be eligible for this category.

To be considered for the new border exception, visa holders must:

New Zealand citizens or residents based here who have been separated from their partners who are Australian citizens or citizens of visa waiver countries living outside of the country, will now also be able to be reunited.

But under changes being introduced from early October, they will be able to apply for a border exception to enter. Partners may include dependent children in their request.

"We are now in a position where we can make some adjustments to our immigration settings which will allow a small number of people who, under normal circumstances, would have the right to come to New Zealand to do so now," Faafoi says.

"They will be required to submit a border exception request and demonstrate that they are in a genuine and stable relationship," he says.

"Australian partners, if granted a border exception, will be automatically issued a Critical Purpose Visitor visa to allow them to travel to New Zealand and they will receive a resident visa on arrival; in line with usual immigration policy for Australians."

Partners from visa-waiver countries, if granted a border exception, will be invited to apply for a six-month Critical Purpose Visitor visa. Those wishing to stay longer in New Zealand can then apply for a partnership visa or any other type of visa.

Usually people who are granted a resident visa must travel to New Zealand within a certain timeframe to activate their visa. However, current border restrictions have prevented them from doing so.

"By powers given to me under the Immigration Act, individuals whose travel conditions are about to expire will receive a 12-month extension to travel to New Zealand, and those whose travel conditions have expired on or after 2 February 2020 (when travel restrictions began) will be issued a new visa, also valid for 12 months," Faafoi announced.

He says the changes will affect about 5600 resident visa holders.

However, Faafoi says they will only be able to travel to New Zealand if they are exempt from the current border restrictions or have been granted an exception.

Extending travel conditions for these visa holders or issuing a new visa does not mean they are now exempt from the current border restrictions if they were not previously.

These changes build on other changes made by the minister of immigration, including:

extending by six months onshore temporary work visas and those of their families due to expire by the end of 2020 benefitting around 16,500 workers and their families; extending onshore visitor visas that were due to expire before the end of October 2020 for five-months; extending Recognised Seasonal Employer scheme (RSE) visas by six months for workers who are still in New Zealand and unable to return home, as well as allowing more flexible hours and roles for those RSE workers still in New Zealand.