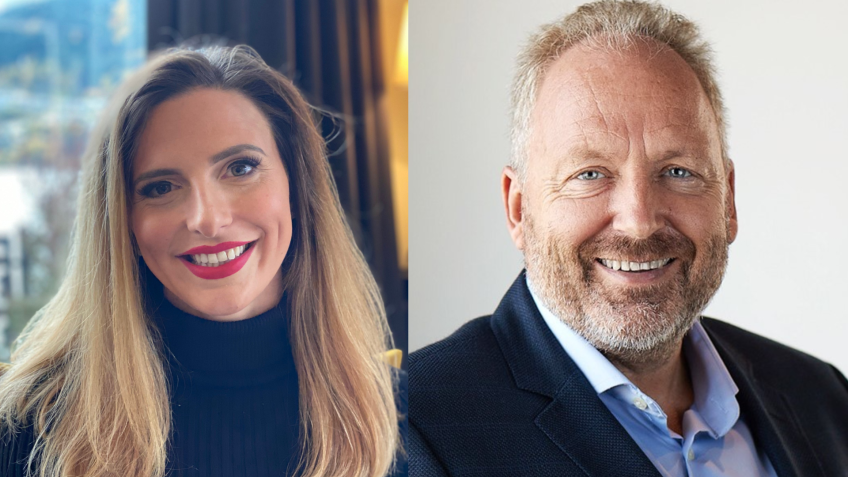 As Kim Bowden has reported, only one of the Queenstown Lakes District Council mayoral candidates has a fully declared backer or patron. That’s Olivia Wensley – and her backer is mega-successful entrepreneur Rod Drury. But having such a powerful figure in the background could be seen as a plus or a minus. 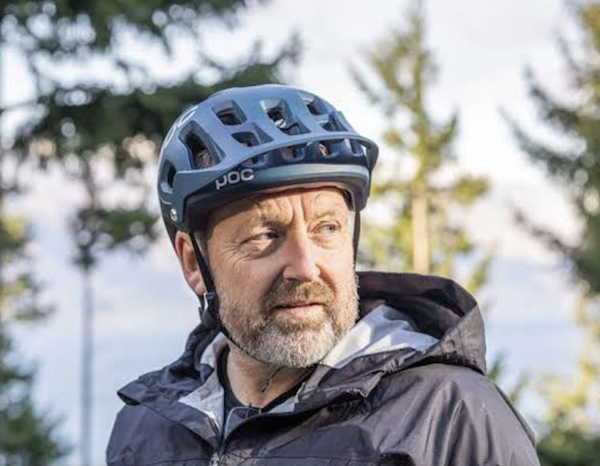 Current Mayor Jim Boult was backed by the late Sir Eion Edgar – undoubtedly a towering figure as a generous philanthropist and successful businessman, but still very much linked to values that would be classed as conservative.

Regardless of the merits of a mayoral backer, the worry is always there that the candidate being backed will somehow be influenced in their decision making in a way that is perhaps not totally transparent or democratic.

As our district goes through massive change, does Rod Drury represent a positive addition to the Wensley campaign or does he represent the risk that she won’t be in charge of her own, and the community’s, destiny?

Crux Managing Editor Peter Newport sat down with Rod Drury to talk about why he’s backing Wensley, what his vision is for the Southern Lakes and why so much hinges on this upcoming local election.

Crux: What’s the background to you getting involved and backing Olivia Wensley for Queenstown Lakes mayor?

Rod Drury: There's this big issue around a New Zealand brain drain. I’ve just been at a board meeting in the UK and it's clear that things are changing so quickly – globalisation, the future of work and the challenge of keeping smart people in New Zealand. So I've been doing a lot of work at the national level, thinking about what are the big things we can do in New Zealand and talking to a lot of ministers and to the PM and they kind of get it, but it's really hard to execute things at a national level. And what I love about Queenstown is it's an opportunity for us to actually test and have the discussion and all things around immigration, the people we have here, how to keep them here, new models of schooling and using technology to solve our problems.

Crux: So why did you think Olivia Wensley could help with that stuff?

Rod Drury: Olivia, she's been so active in connecting people. She's certainly helped me build my network of interesting people that are here in Queenstown.  She’s been really active in local economic development and building connections back to Wellington and all that government stuff. And you kind of look at it and having a mid-career, late thirties year old female who understands tech and understands change - actually when you compare it to what a traditional mayor would be there’s a big difference. I've done a lot of work with (current mayor) Jim Boult. I love Jim and we've done a lot of fun projects together, but how exciting is it to have someone who you don't have to kind of educate how Microsoft Office works, that actually thinks about the big technology trends and has that global view.

Crux: So you are arguing for a new type of mayor?

Rod Drury:  Yes, absolutely. I think it's like if she becomes mayor, I think it changes the model for mayors all over New Zealand. And what we want is to have the discussion, create the vision so that we bring everybody with us. People understand that we all want the good things about Queenstown, but we also want all the opportunity. So our kids stay around or they come back and they want to come here and, you know, they don't have to leave because of schools and all those sort of things. So we can be the test case for technology. Like, for example, the business case for doing great public transport is not what we do in Queenstown. Putting multiple traffic lights into the Ladies Miles traffic congestion problem is not an answer.

So if we can have an agile mayor with good central connections that understands tech, you know, everyone wants to do these things. Queenstown is the, is the natural place where we get to test and trial. These things then become a showcase to show people overseas what we can do, but also show the rest of New Zealand what's possible. And that's what's really exciting having a, you know, having a different type of mayor that actually understands technology, can build great connections, has good central government connections and is, like, mid-career, not end-of-career. 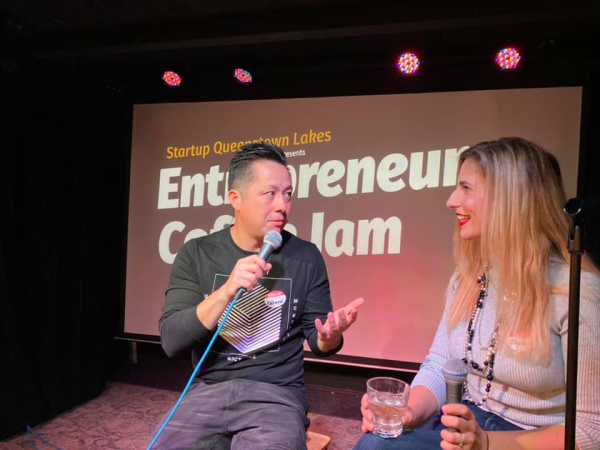 Editor of NZ Entrepreneur Richard Liew and Olivia Wensley at a Startup Queenstown Lakes event - Mrs Wensley has worked as CEO over recent years to bring more start ups into the district.

Crux: There’s opposition to Olivia, we guess largely from supporters of the status quo. That’s understandable but does she have what it takes to withstand all that tall poppy stuff – it’s a tough gig being mayor here.

Rod Drury: She's got a thick skin because she's already done some tough stuff, right? And you know, who else that's interesting is putting their hands up, like to actually have someone put their hands up and go for a new New Zealand?  It’s quite a rare thing you know, good on her. I'm stoked to support her and, you know, the other candidates, they're probably lovely people, but they're just uninspiring.

Olivia seems to be only one that actually wants the job. Yeah. It looks to me like daylight came second at the moment. Who else is out there pushing it, you know? We want to see candidates that get out there and actually have a message not just platitudes.

And it just seems like business as usual, but the world's changed. We've gotta get much more aggressive around having the big conversations around what our identity is in New Zealand and what the opportunities are. And we've gotta compete - if we don't compete and resolve those things and go and argue our case what happens then? It's just the frog in the pot stuff where hospital waiting times get longer, education gets worse, the smartest people leave.

Crux: Is there a compromise between mass tourism and the type of future you seem to be advocating?

Rod Drury: What even the conservative people have said is we don't want (the old) tourism to come back. Like -  so okay, well what are the new policies? You know? And, and I think there's this beautiful threading of the needle here where we want to do environmentally correct tourism, we want to have the benefits of a tourism industry. There's talk about, we want to have high value tourists first, but we also have the New Zealand equality values where we wan't to make it fair for all. Because that's one of our cultures too. So it seems to me that we just haven't seen those discussions.

Crux: Olivia Wensley has declared that she’s only receiving $2,000 support from you. Is that true?

Rod Drury: Yes..And it's good too. It's like, yeah, I could do more, but she’s just gone and built relationships with everybody. Certainly I put a lot of time in with her and she's very receptive to new ideas as she is with a whole lot of people. She's got massive support around her and we all want to see her be successful. New Zealand is so well known for supporting females in leadership roles and it’s something I think we're all proud of. So, you know, good on her.

Crux: In some ways you seem to be arguing for Queenstown and the Southern Lakes to stop being so locally focussed, and think more nationally and internationally?

Rod Drury:  Yeah. And the importance of Queenstown being the place where we listen to everybody and educate people and you know, great leadership actually creates great opportunities for everybody. So we need to come up with a strategy that brings everyone along because there is that natural conservatism in the south. It’s great, because people think long term but, but I think it's urgent that we actually do stuff in New Zealand, and Queenstown is the right size to lead that change. You can actually change the discussion and I've been chatting to ministers and former ministers over the last couple of months and they're very aware of what Olivia's doing. They know her. So we've got someone here that can drive positive change for everyone that lives here. I think that’s what I'd say to people of Queenstown. We have a great opportunity to do some cool stuff. And then, you know, we've only got so many summers, so why are we mucking around?

Later this week: Watch the Crux mayoral video debate on Friday, September 16, and check out our candidate survey results.