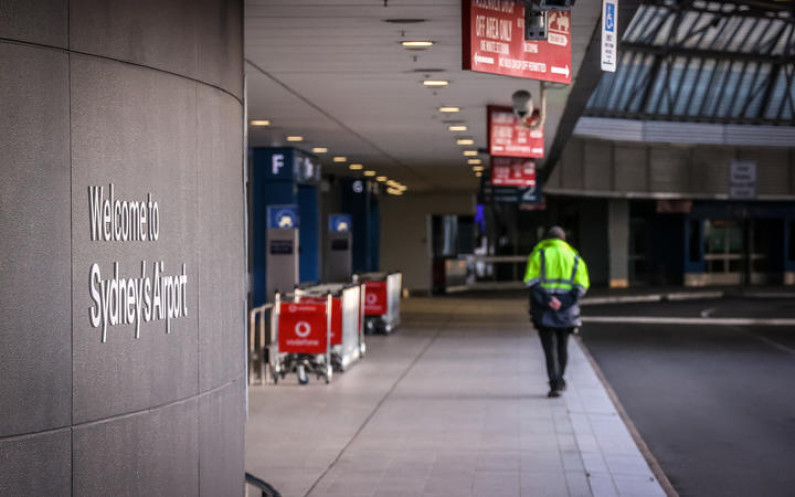 17 travellers from NZ who landed in Sydney caught entering Melbourne

Seventeen passengers from New Zealand who travelled to Sydney under the trans-Tasman bubble arrangements have been caught entering Melbourne.

The ABC understands the passengers flew to Sydney and got a connecting to flight to Melbourne.

Initially it was reported that 14 passengers were detained in Melbourne.

But overnight Victoria's Department of Health and Human Services (DHHS) confirmed there were 17 passengers, and that the department "does not have legal authority to detain the travellers on arrival".

"Victoria has not agreed to a travel bubble arrangement with New Zealand and did not expect to receive international travellers as a result of NSW making that arrangement," DHHS said in a statement.

"The Victorian Government has made it clear to the Commonwealth that we expect NZ passengers who have not undertaken quarantine will not be permitted to board flights in Sydney bound for Melbourne."

In a statement, Australian Border Force said "domestic border restrictions are a matter for states and territories".

But the Australian Department of Home Affairs says on its website that "quarantine-free travel from New Zealand will initially be to New South Wales and the Northern Territory only. Other states and territories may be added at a later date."

Three flights from New Zealand touched down at Sydney Airport earlier on Friday carrying international passengers who, for the first time in seven months, will not need to quarantine upon arrival.

At Sydney Airport there were tears and hugs as loved ones reunited, with many passengers flying one-way.

At Sydney Airport there were tears and hugs as passengers reunited with loved ones. Photo: AFP

NSW Health Minister Brad Hazzard described it as a "great day", but pointed out New Zealanders arriving on Friday would need to prove they are symptom-free and satisfy other health requirements.

There will be a total of 16 flights between the two countries each week, with Jetstar and Qantas joining Air New Zealand and Qatar Airways in advertising the trans-Tasman flights.

In a media statement yesterday, Air New Zealand said fares beyond Sydney were not able to be booked via the airline due to Australian state restrictions.

"Passengers planning to travel interstate beyond New South Wales will need to ensure they have checked state and territory travel restrictions and have the appropriate exemptions/approvals to travel as these continue to change," the statement said.

Announcing the travel bubble arrangements earlier this month, Deputy Prime Minister Michael McCormack said to start with, visitors to Australia could only go to New South Wales and the Northern Territory.

Mr McCormack said that was because both jurisdictions impose travel restrictions on places in line with the Commonwealth's definition of a hotspot - a place with a three-day rolling average of three locally acquired cases per day.

Visitors from New Zealand are only allowed to visit if they haven't been to a designated hotspot in the last 14 days.