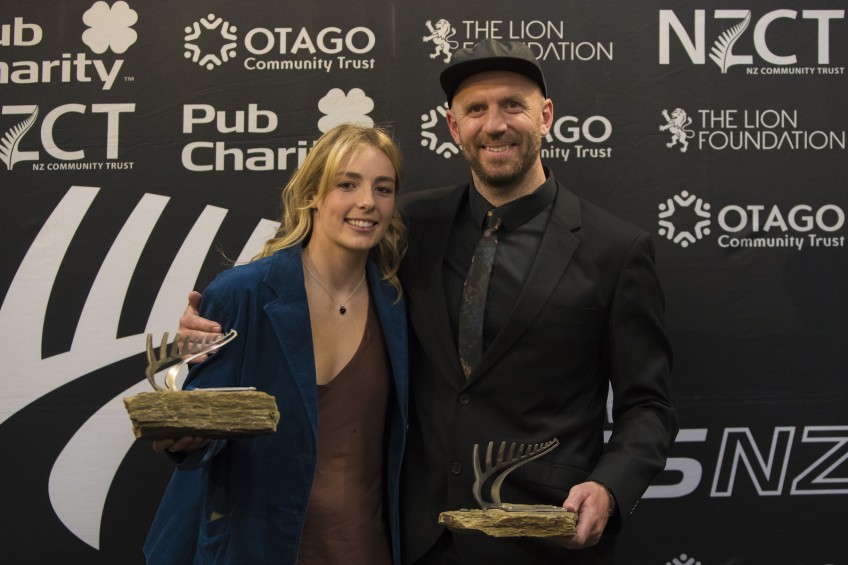 Zoi and her coach win top awards in Wānaka

Snow Sports NZ is pleased to announce the following winners:

Kiwi athletes had incredible success during the awards period of the 1st of September 2021 – 31st of August 2022.  They have achieved a staggering sixteen gold medals, nine silver medals and six bronze medals at eight pinnacle events, sixteen major events and the Park & Pipe Junior World Championships.

Freeride Athlete of the Year Award Jess Hotter made history when she became the first Kiwi to become a Freeride World Tour World Champion when she won the overall Ski Women's title for 2022.

Alpine Ski Racer of the Year Alice Robinson made her foray into the high-speed world of Downhill, competing in her first Downhill European Cups in January 2022. She immediately showed the Alpine world that she will be one to watch on the Downhill World Cup circuit in the years to come, finishing on the podium twice in as many days in Race 1 and Race 2 of the FIS European Cup Downhill held in France.

Adaptive Athlete of the Year Corey Peters achieved a career first and long-term goal when he secured the Men's Sitting Downhill gold medal at the Beijing 2022 Paralympic Winter Games. He immediately followed up his phenomenal performance with a silver medal in the Super-G the very next day.

The Snow Sports NZ Annual Awards presented by Racers Edge Wānaka is a fantastic event to celebrate the year that has been and a great way to send off Kiwi athletes as they head away to the Northern Hemisphere.

Main Image: Zoi Sadowski-Synnott, Winner of the Snow Sports NZ Overall Athlete of the Year pictured with her coach Sean Thompson who won the Coach of the Year sponsored by Blackwells Mazda.