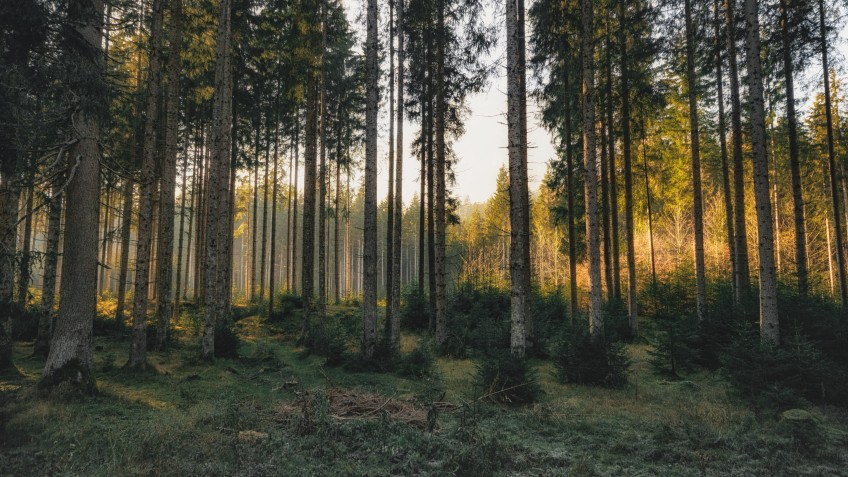 Wao: Why offsetting is not the answer

The offsetting fallacy - With just over two weeks till the fifth annual Wao summit the conversations are heating up. This week Georgia Merton from Wao gets straight to the facts.

Offsetting: it’s the talk of town. Tick the green box, buy some carbon offsets. Make no other changes to business as usual. It’s almost too good to be true. The grand offsetting panacea is coming under fire, and it’s starting to crumble. We just don’t quite seem to have nailed it yet.

According to climate change consultant, Dr Carly Green, voluntary offsets (where we cancel out our carbon emissions by planting trees) are not actually doing anything to reduce climate change - unless we reduce emissions, too. “Without that,” Green explains, “Offsetting is just abating our guilt and continuing on our merry way.” With a PhD in International Climate Change Policy and 20 years in the space, she is a voice of authority in a rather noisy room. What we should be focusing on, according to Green, is reducing our emissions. Otherwise we’ve got no hope of reaching our 2℃ warming target. 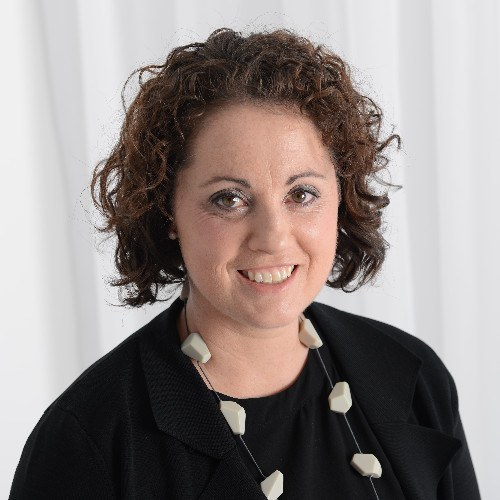 In fact, right now we are barrelling north of 4℃ by the end of the century. And instead of helping, the practice of offsetting seems to be creating a seductive distraction. A growing number of critics, like John Oliver from Last Week Tonight, are calling it out for allowing heavy-polluting industries to offset their emissions by buying carbon credits, whilst, as Carly put it, carrying on their merry way. Others, like former chair of the UN’s Intergovernmental Panel on Climate Change, Robert Watson, have gone so far as to denounce net zero (the target of not increasing the net carbon dioxide in the atmosphere, achieved by absorbing more and emitting less) as a ‘dangerous trap’. As John Oliver points out, we could be at ‘net zero’ by planting a whole lot of trees, but still way overshoot on our other crucial climate targets.

It’s easy to get confused. There are so many terms flying around; ones which were coined by scientists and picked up by marketing teams, leaving many of us regular folk a little muddled. Carbon-neutral, climate-neutral, climate-positive, carbon-negative, net zero? They all sound good. But as critics point out, the problem is that there’s too much emphasis on the carbon absorption (to ‘cancel out’ our emissions-heavy shenanigans) rather than reducing emissions from said shenanigans.

Green, who is also the founder of consulting company, Environmental Accounting Services (EAS), uses steak on a recent trip home to Aussie as an example. “We went out for dinner to a steakhouse, where they were selling Coles carbon neutral beef,” she says. Everyone happily ordered their carbon neutral steak, but as Green explains, without understanding the true meaning of that. “The carbon neutral steak requires the trees planted to be permanent. That means they have to exist and be monitored for 100 years,” she says, “For five minutes of steak.”

The objective should not be carbon neutral, she explains, but to reduce our emissions so we can be climate neutral. That is, that we reduce our global emissions down to levels which can be balanced out by the planet’s natural absorption. Green gives a warning on the lingo, though, and again brings it back to the emphasis on reducing emissions. “They are basically accounting terms. People don’t understand them,” she says, “These words originally came from the UN and government agencies, for which achieving net zero and climate neutral is possible because you’re talking about a whole country or the world rather than an individual. It’s not possible to be climate neutral at an individual level. It’s a global ecosystem concept.”

Whatsmore, the idea of offsetting, spurred on by these terms, becomes a dangerous distraction from the action we really need to take. “If you carbon neutralise stuff, people don’t connect with the emissions they’re actually responsible for,” Green says. “And more than 40 percent of your personal emissions are coming from the stuff you buy.”

And therein lies our greatest weapon: our personal purchasing power.

Despite the confusion, Green says the right intentions are there. She and her team at EAS see it everyday in their work supporting people to make reductions. “A lot of people really want to do the right thing, and that’s why there’s such a demand for carbon neutral,” she says. But what’s missing is the understanding of the right things to do. The things that will make a difference - and there are plenty of them; offsetting is not the only answer. Especially, as Green points out, since offsets are very limited, and should be saved for hard-to-abate activities, like heavy vehicle transportation or steel and cement production.

This is EAS’s core mission: supporting people on how best to make reductions. Though they work primarily with Governments and businesses, Green says understanding at the individual level is absolutely crucial. “Everyone needs to have some concept of what their emissions are,” she says, “It’s fundamental, and it’s the only way we’re going to make meaningful change.” Without knowing where your activities are causing the most harm, she explains, you can’t really make a change. Yep, we know vaguely that we shouldn’t be driving so much, or buying new stuff all the time, but without putting real numbers on our purchasing decisions, it’s damn near impossible to translate that vague guilt into action.

Take food emissions labelling, which Green says is on its way, and fast. Think of it like the carbon version of nutritional information panels.  “Unilever, for example, is going to label all their food with its carbon intensity,” Green says, “And their suppliers now have to supply up-and-downstream emissions intensity information.”

Green emphasises the importance of making a personal target. “Like reducing your emissions by 40 percent. Then you can look at the labelling and make a choice based on your target,” she explains. This way, we have some idea of how our daily drive to work or that imported out-of-season mango actually stacks up within our lives, rather than getting confused and giving up our efforts altogether. Kind of like saving money - this is, after all, the newest form of accounting. Just cutting our emissions, instead of our dollars.

It’s a matter of climate justice, too. Green says that while some developing countries have managed to use carbon offsetting to protect their forests and communities, for the most part we in the developed world are relying on them to offset our massive consumerism beast. EAS works closely with developing countries to support them in upholding the financial value of their protected forests. “There’s this sense that these credits have lower value, which is not true, so they are paid less for them,” she says. This cheaper price, of course, just makes offsetting easier. And, at the end of the day, forests are finite. As John Oliver points out, there is simply not enough space to plant enough trees to support our current habits. 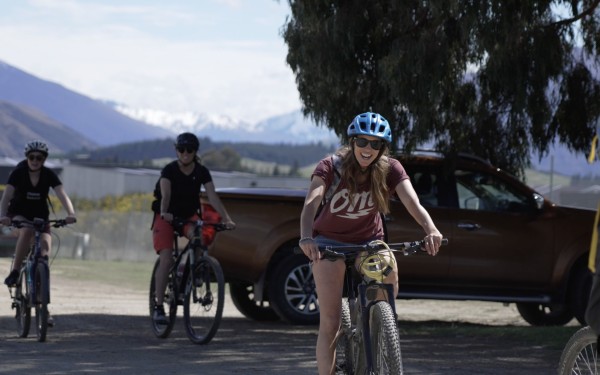 'If you bike every day you might then be able to go on holiday within your target': Dr Carly Green says individuals can do the maths on their own emissions and set themselves a target.

“This comes down to every purchasing decision you make,” Green says, “If you bike every day you might then be able to go on holiday within your target.” Knowledge is power, so they say, and she urges people, if they can, to do the maths on their own emissions and set themselves a target. This is something that EAS, and others providing professional services in this space, can help individuals and businesses to do.

If finding out your own emissions is not an option right now, there are plenty of easy wins. “Walk more, think about what you’re eating, think before you buy new. Trade stuff, reuse stuff, borrow stuff, share stuff. Innovate,” Green says. She’s certainly not the only one saying we need to reduce what we’re consuming. “We need to get out of our cars. If we halved the time we spent in them, amazing. If we reduced it by a third, we’d be on our way,” she says. In other words, elaborate trading schemes will not save the day.

As Green explains, this is less about focussing on the nitty gritty numbers and instead understanding the magnitude of change needed (like your 40 percent), which tends to stop us from getting lost in the weeds.

Whatsmore, she says these should not be changes that only rich people can make. “We have to make lower emission products affordable so everyone can do it,” she says, “And I really don’t know how that’s going to play out. We can’t make low emissions stuff have a premium, so it’s almost a contradiction to the economy, because the economy works on growth.” Meanwhile, she says, the things which will actually help the climate rely on degrowth. But that’s a whole other conversation.

As for all the confusing language? “It’s getting more and more refined,” Green says, “That scientific talk is being turned into more meaningful communication - but not so detailed that you have to have a PhD!”

And what about big business? It’s all too easy to feel disheartened making seemingly tiny lifestyle changes when we’re under the shadow of massive corporations. What difference does my little bike ride make in the face of large-scale production? The thing is, we need both, and Green says the genuine appetite for change is there amongst businesses.

“Since the Paris Agreement, pretty much every large organisation has come out with some target by 2030, whatever the terms they’re using,” she says. “In my experience, they’ve made these commitments for sure, and the intention is good, but most haven’t understood exactly what they were signing up for.”

Basically, Green says companies are starting to realise, uncomfortably, how hard it’s going to be to get there. And while this might mean some organisations revise their ‘net zero’ or ‘carbon-neutral’ commitments, for her this is a welcome shift in focus. “Reducing emissions should be celebrated more, low-intensity should be celebrated more,” she says. After all, carbon neutral just becomes a budget, a matter of how many carbon credits to buy to balance the books, and can hide any good work done to lower emissions intensity.

Reducing emissions, however, demands hard change. “It means technology changes, it gets embedded into your business, it requires every person to make a change,” she says. It’s a matter of humans changing their behaviour, which is really at the heart of it, whatever scale we’re talking about. It seems to come down, like so many of our conversations about climate action, to our potential to adapt in the face of great change. As George Bernard Shaw put it many years ago, ‘The reasonable man adapts himself to the world; the unreasonable one persists in trying to adapt the world to himself.’

Whether we will step up to this potential remains to be seen. But box-ticking and distant tree-planting is not going to cut it anymore, not with less than thirty years to halve emissions to avoid total ecological collapse. At the end of the day, we cannot offset our way out of climate change. It’s time to make some changes.

This is a big topic, with plenty more to discuss. Dr Carly Green is leading two events at this year’s Wao Summit: What Does Carbon Neutral Really Mean? Clarifying Terminology in Climate Claims on Thursday, October 27, and Climate Change in the Rural Sector on Tuesday, October 25. See you there.

Read more in our Wao series:

We've just got to get out of the car

Degrowth: is this where capitalism comes to die?