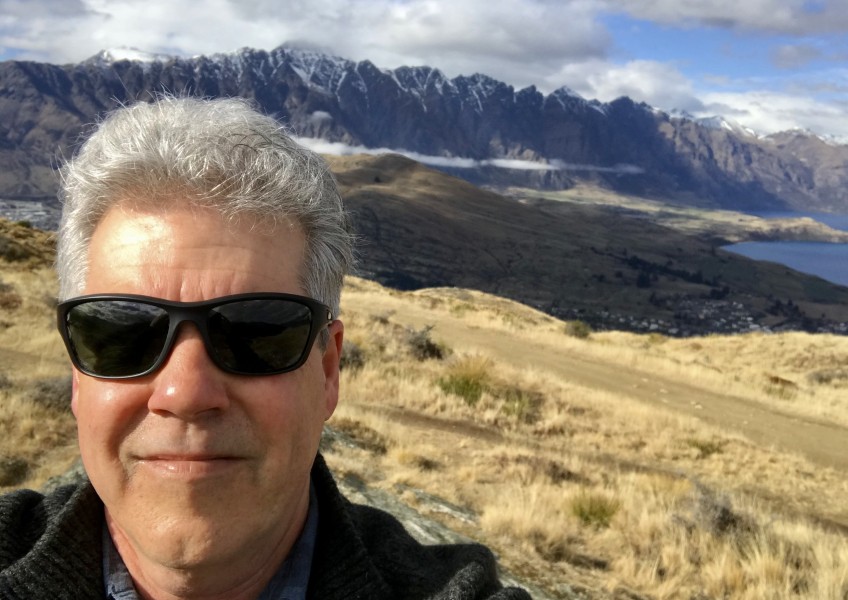 As part of our Southern Lens Election Special we are publishing answers to key local questions from all the Southland candidates. This is from Dave Kennedy - Green Party.

Tourism in Queenstown - was it too much before - what lessons can we learn - what next?

The growth of tourism in Queenstown has been dramatic and supporting infrastructure has been continually in catch up mode. This has put huge pressures on housing, transport and other services and put an unreasonable load on local ratepayers. The pressure of numbers created a dominant driver of serving quantity over quality. The impacts of ongoing construction developments has created environmental issues such as the degradation of Lake Hayes.

I have travelled extensively and lived in the UK and am aware that in areas of higher population where there are even greater pressures on tourist spots, like the Lake District in England. More thought is given to control growth in a way that makes it more manageable environmentally and considers impacts local residents and culture.

Covid-19 will provide some breathing space to catch up on important infrastructure and allow for future proofing. The Queenstown economy probably needs to look at greater diversity so that it isn’t a one trick pony and a “slow” tourism model may provide better returns with less stress.

Covid-19 has removed the urgency for future airport developments. I am also concerned about the potential increased air traffic in such beautiful natural environments like Tarras. Rather than concentrating tourism in an area that is already bursting at the seams I would like to see a more regionally focused tourist strategy and land transport networks. Southland has numerous tourist attractions and many under-realised. The Invercargill airport is also internationally capable and wouldn’t require great expenditure to upgrade. The Catlins, Fiordland and Stewart Island need improved public transport links that would support slow tourism.

I have tramped, climbed, cycled and kayaked around much of the region, we have much to celebrate and share. Travelling on land to many of our special places can be an experience in itself and systems of park and ride and a return of a newer version of the Southerner train should be considered as viable alternatives to flying.

Water quality and farming - are Southland farmers getting a fair hearing - or being attacked unfairly?

I was a spokesperson for the apolitical Southland Water Forum and have researched and written a number of submissions regarding regional plans and water quality. Pointing fingers and the blame game are not productive approaches, especially when the economic and government drivers for some time encouraged intensification and quantity over quality.

Farmers are a diverse community and we tend to hear the loudest voices that don’t always represent all. I talk to many famers and there is broad acceptance that we have probably reached peak cow and less intensive approaches are necessary. Many catchment groups are doing some great things and with more support and resourcing even greater progress could be made to reverse environmental impacts and maintain economic viability.

Having to import a million tonnes of phosphate from the Western Sahara and similar qualities of PKE to support the industry is not ethical or sustainable. The impacts of climate change also needs to be considered in future planning.

Politics - are younger voters justified in feeling disenchanted with the current political system and adversarial politics?

I have spent the majority of my working life as a teacher and in national education leadership roles and appreciate the challenges of preparing our young people for a rapidly changing and uncertain world. Younger voters are more than justified for feeling disenchanted with the current political system if the impacts on them are to be considered. We have the highest youth suicide in the world, the most unaffordable housing, increasing inequity, our education system is dropping in international assessments and up to now our efforts to reduce climate change emissions have been ineffective. The future for our younger generations looks bleak and most especially for those from Maori or Pasifika communities.

What are your top three priorities for improving life for the people who live in the Southland electorate?

Providing enough quality housing for our existing and projected population is a major one. In 1990 Southland had around 850 state houses, successive governments sold off and delayed maintenance to the extent we now have around 360 remaining and a growing urgent waiting list that has reached almost 200 households. We now have the lowest percentage of state housing per capita in the country. We need to build around 10,000 houses in the region over the next few years to meet projected demand.

Direct a good deal of the Green Party’s $1.1 billion green jobs fund to help support those unemployed through the struggling tourist industry. Our farms and our conservation estate need extra input to increase biodiversity and reverse decades of environmental degradation and species loss. Our international reputation is based on an image of being clean and green and our brand has become increasingly tarnished. We have the greatest number of indigenous species threatened with extinction in the world and most of our lowland rivers are unswimmable.

Improve water quality through extra resourcing and support for the newly formed catchment groups. Regenerative farming has become a catch phrase but there are many successful examples that have paved the way to better ways of managing soils and more ethical animal management. Farmers who have adopted more sustainable methods have reaped economic benefits and so have our waterways. We also need more support for towns and cities to better manage their waste and sewerage and improve the quality of their water supplies.