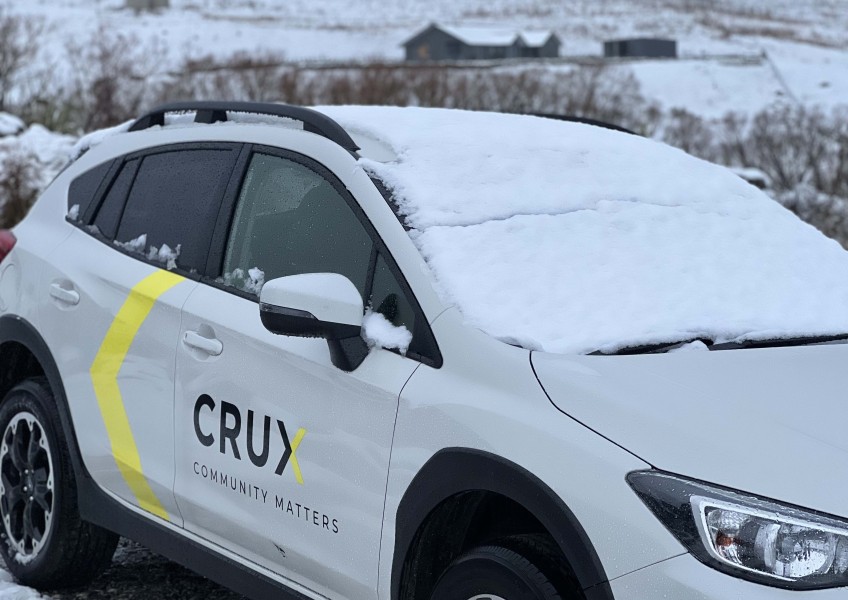 Snowy start for many on last day of the school term

It’s a snowy start for many households in Wānaka and Cromwell this morning with some roads and skifields closed across the district, and later starts for a number of schools for the last day of the term, as the national weather forecaster predicts there's more of the white stuff set to fall.

The Queenstown Lakes District Council says the Lindis Pass and the Crown Range are closed, with an update expected this afternoon.

There are also reports of heavy snow on SH6 between Hāwea and Haast, and all drivers are advised to use chains on this stretch of road.

The Kawarau Gorge road between Cromwell and Queenstown, shut earlier today, is open, but chains should be carried in vehicles.

“All other areas are clearing up. Stay safe out there and please drive to the conditions.”

The Central Otago District Council says there’s slushy snow on some roads in Alexandra, Clyde and Earnscleugh areas as overnight falling snow turns to rain across the district.

Crews are out ploughing and gritting.

School buses across Wānaka, Alexandra and Cromwell are running an hour late this morning, with most schools and preschools pushing back start times for up to an hour.

Snow has also forced the closure of three of the region's main skifields - Cardrona Alpine Resort, the Remarkables and Treble Cone are reporting blizzard conditions.

Coronet Peak is open, saying there’s been 15cm of new snow overnight. All vehicles heading up the mountain must carry chains.

Metservice has issued a slew of weather warnings for the coming days, saying there’s some “active weather” to start the school holidays.

“In the next few days, inland parts of the South Island will see significant amounts of snow.

“On Friday morning, parts of Canterbury and Otago are forecast to receive snow down to 400 metres, and to 500 metres on Saturday.

“Although the ski fields will see a welcome top-up just before the school holidays, the trick will be finding a settled day to enjoy the snow.”

Despite the weather forecast, organisers of Cromwell’s Light Up Winter event are pushing on with plans.

“There's a reason the early Māori explorers called this ‘the place with the hole in the sky’ – rain tends to go around the Cromwell Basin. Unless there is a torrential downpour, the event is going ahead as planned,” organisers say on Facebook.