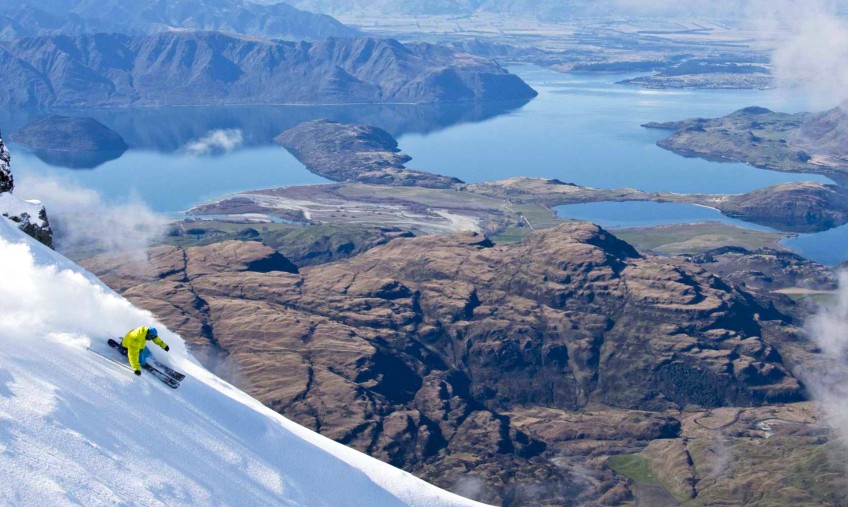 It’s been a tense start to the ski season for those whose livelihood depends on the snow, and for 148 Treble Cone workers, that meant nine days out of pocket.

The drought of snow delayed the TC opening day from the scheduled June 27 until July 6, with the company linking up with Community Networks Wanaka to help support unpaid workers through the wait. According to TC Brand Manager, Richard Birkby, food donations were collected through the Community Networks food bank and distributed to workers via the TC town office. There were also regular afternoon barbeques staffed by TC’s management team.

Birkby says they also took some of the workers into Sticky Forest to do some work on the trails for Bike Wanaka, while others went out to Fox Glacier to join the landfill clean up efforts.

He says the majority of the 148 workers are now working their regular schedules. “The 2nd week of the holiday period delivered us some of the best snow conditions in the region and that was a real game changer.”

The question remains, though, as to what changing weather patterns may mean for the ski industry long term.

“The science says to expect more volatility in the weather, “ says Richard, “What that looks like for snowfall locally remains to be seen and that’s obviously a concern for people who love to ride snow the world over. It also raises the question of the footprint of skiing all round.”

A big part of that footprint is the use of snow machines, used by commercial ski fields when nature doesn’t deliver. “Unfortunately, you can’t make snow without power, which is why we only do it when we absolutely have to. If you can build up a base at the beginning, that makes the runs much easier to manage later in the season. We do have hydro power coming from the waterfalls, which helps to offset that,” says Birkby.

While the situation for Wanaka’s ski workers may have improved, Community Networks manager, Kate Murray, says the demand for the community food bank in Wanaka is growing.

This may be one of the wealthiest corners of New Zealand, but Murray says there are plenty of people feeling the pressure of town’s high price tag. “We’re now doing about 24 food parcels a month compared with last year’s 15.”

With an increase in support from social workers and budget advisors (which means more referrals), Murray says it is hard to pinpoint the growth as a direct need of the community, but that there are a significant number of people struggling to get by.

Doing it tough. Wanaka ski workers built bike tracks while they waited for the snow.

“The biggest factor in Wanaka is affordability. In most cases, you’ve got a single parent or both parents working really hard, struggling to make ends meet, and it’ll be a big, one-off cost that upsets their budgeting. That’s what the food bank is for.”

The actual contents of the food packages depend on the family or individual’s need, but Kate says they aim to provide enough food to last for about a week. She says while the food bank is there to provide short term support as opposed to ongoing, the plan at Community Networks is always to address the bigger picture.

“People will often be referred to budget advice and financial planners, or other organisations in their community who can help give them the tools they need.”

Come November, Murray and her team are moving into the Upper Clutha Community House in McDougall street, which is currently under construction. “The bigger space will be great - we’ll be able to create more of a sense of a community hub, right across all sectors of the community.”

“There’ll be a huge benefit with more people able to use it, like social service providers, music and arts groups. That’ll help to encourage diversity, which is so important,  too.”

Murray says the food bank gets a lot of community support, particularly in summer with people bringing fresh produce. “People are welcome to pop in anytime, food donations and cash. We really appreciate the support, and as far as the food bank goes, it’s here for everyone to access.”