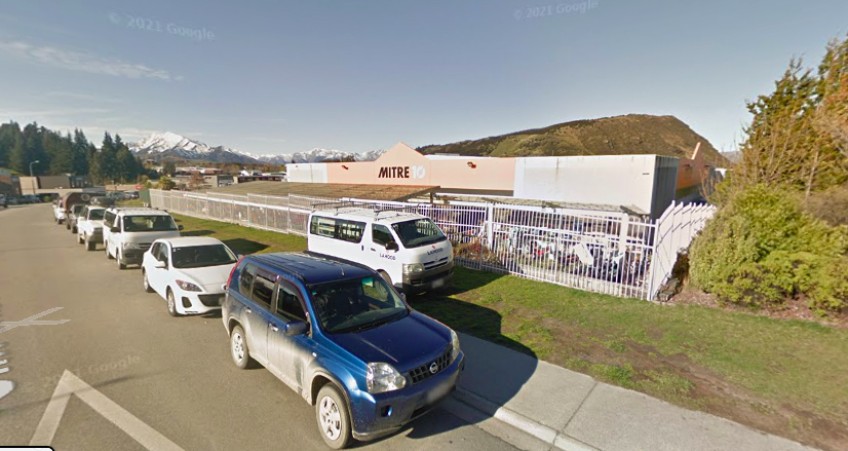 Wānaka's former Mitre 10 building in Anderson Heights will see a new life as a youth, sports and community centre, helped along by a decision yesterday by Queenstown Lakes District councillors.

In a public-excluded section of yesterday's full council meeting, go-ahead was given for the council to enter into a lease agreement on the property on Plantation Road, with a plan to convert it into the recreational facility.

QLDC sport and recreation manager Simon Battrick says the initial ten-year lease with additional rights to renew represents an important investment for the Upper Clutha community to help meet demand now and over the coming years.

“The new facility will complement Wānaka Recreation Centre and provide more capacity for sport and recreation in the district."

The fit-out plan includes the creation of two bookable, multi-use, netball-sized courts and a separate studio that could be used for dance, yoga and fitness classes, and as a meeting space.

Plus, there will be dedicated spaces for foundation tenants Kahu Youth and Aspiring Gymsports, both of whom have been heavily involved in this project from the start.

Building owner Allan Dippie has also been working with the council and other stakeholders on the development.

The decision was made out of the public eye to enable councillors and council staff to discuss commercially sensitive information relating to the lease agreement and proposed fit-out, a statement from QLDC on the decision says.

Councillors also approved a budget of $4.15 million to fit-out the building subject to final approval of the 2022-2023 Annual Plan in June.

This budget and ongoing costs to run the facility will be considered by councillors alongside other internal submissions to the draft plan.

Last month, the Wānaka Community Board agreed to part-fund the fit-out with $1 million from the Wānaka Asset Sale Reserve. An additional $900,000 could potentially be provided from the fund in the future if applications for third-party grant funding is unsuccessful, the statement says.